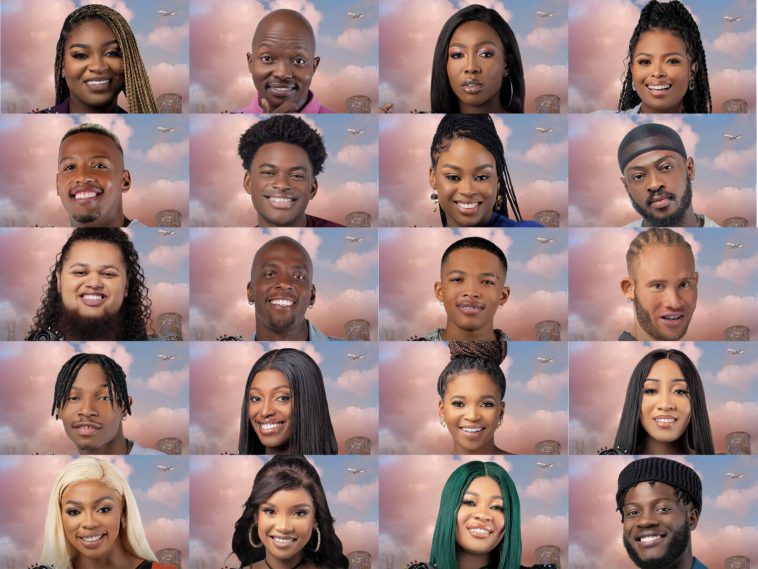 Meet All The Big Brother Titans Season 1 Housemates: Here is the List of Names and profiles of Big Brother Titans 2023 housemates, we have their complete information including BBTitan Housemate’s Date of Birth, Their state of Origin and lots more, make sure you read this article to the end.

The Big Brother Titans Season 1 housemate will keep viewers entertained for the next 72 days. Only one winner will go home with $100,000. Who will it be?

This is the first reality TV show of its kind to feature housemates from two countries, South Africa and Nigeria.

Viewers will have the opportunity to decide who stays in the Big Brother house and who is evicted, and a winner will be determined by popularity votes.

How many housemate are in Big Brother Titans?

How long is Big Brother Titans?

They will spend 77 days together and be filmed 24 hours a day. The goal is to avoid being evicted from the house and to become favorites with viewers who ultimately determine their fate.

Below are the List Of 20 Names and profiles of Big Brother Titans 2023 (Season 1) Housemates:

Bio: She is a journalist based in Johannesburg, South Africa, and is originally from KwaZulu-Natal. In addition to being talkative and open-minded, Khosi is also self-aware. “If you deserve fire, then the fire will come to you,” she says. READ MORE

Location: originally from Ekiti State in Nigeria, now in Lagos

Occupation: Model, actor Tall, dark, and handsome Yemi Cregx is confident and outgoing. While he is a highly competitive individual, he’s also known for wearing his heart on his sleeve. READ MORE

Bio: Originally from South Africa, Juicy Jay is a semi-pro rugby player who describes himself as charismatic and energetic. This proud Xhosa man loves to mingle and party. READ MORE

Bio: She is an aspiring actor from Imo State, Nigeria. Olivia is a glam girl with a wild side. This bold and daring actor is a dreamer. READ MORE

Bio: Nelisa, originally from the Eastern Cape, now lives in Johannesburg, South Africa. She is lively, spunky, and wears her heart on her sleeve. READ MORE.

Bio: Originally from Plateau State in Nigeria, he now lives in Jos. He’s a content creator and an aspiring filmmaker. Blaqboi describes himself as cool, calm, and level-headed. It’s no surprise that he wants to become a filmmaker. In addition to being charming, funny, and confident, he’s got plenty of street smarts as well. READ MORE.

Bio:  Originally from Hillbrow in Johannesburg, Mmeli is a content creator and model. He has a mischievous streak and is fearless and street-smart. He enjoys partying and is devoted to his bachelor’s lifestyle. READ MORE.

Bio: Nana comes from Kaduna State, Nigeria. She is a soft-spoken entrepreneur who doesn’t conform to social norms. Her timidity may be due to the still waters running deep. READ MORE.

Bio: Ipeleng is from the North West, and she now lives in the Gauteng province of South Africa. Ipeleng is a law student. Ipeleng has both a great sense of humor and a shy side. Ipeleng is close to her parents and has the utmost respect for them. READ MORE.

Bio: Marvin is a chemical engineer and model from Port Harcourt, Nigeria, now living in Texas, USA. He is a charismatic guy who comes from humble beginnings. Marvin is protective of those he loves. He describes himself as a cute boy with brains and a sense of humor. READ MORE.

Bio: He’s from Soweto, but he now lives in Johannesburg, South Africa. He’s a sports data analyst. Thabang is an individual who knows what he’s doing. As well as being big-voiced, charming, and level-headed, he is also in touch with his emotions, and he loves to have fun despite his drive and focus. READ MORE.

Bio: Jaypee is from Lagos, Nigeria. She’s a nurse and model. She’s a liberal lover of love and enjoys taking risks in this regard. Flirty confidence and an open mind serve her well to this end. READ MORE.

Bio: Yaya is from the Eastern Cape, she now lives in Johannesburg, South Africa. She’s a plus-size model. Yaya says she’s talkative and has a big, bold personality. She is quietly confident and mature and is not afraid to be vulnerable. READ MORE.

Bio: Originally from Anambra State, Ebubu now resides in Lagos. He is an actor and model. His dynamic personality and street smarts make him open-minded and interested in the world around him. He is also humorous, resilient, calm, and determined. READ MORE

Bio: Jenni O is a health and safety specialist from Imo State, Nigeria. She describes herself as a fiery and spontaneous speaker, a colorful daredevil with opinions and no time for nonsense. READ MORE

Bio: Justin is from East London, South Africa. He is a photographer and describes himself as easygoing. He is fun and engaging. He loves to laugh, but he is also responsible. READ MORE.

Bio: He is from Abia State in Nigeria, he now lives in Lagos.  Kanaga Jnr is a model and an aspiring actor. The athletic Kanaga Jnr is charming yet candid, expressive yet calm. He has a boyish charm but is mature for his age and is a sensitive young man who loves older women.  READ MORE.

Bio: Lukay is a sales executive from KwaZulu-Natal, South Africa. He describes himself as self-aware and brutally honest. He is also highly empathetic and a traditionalist; he moved to KwaZulu-Natal to re-establish a relationship with his parents. He has a beautiful smile to show off his vibrancy. READ MORE.

Bio: Originally from Pretoria, South Africa, Tsatsii is studying engineering, biotechnology, and microbiology. She describes herself as cerebral, grounded, and equally curious about life. READ MORE.

Bio: Yvonne is a model and content creator from Akwa Ibom State, Nigeria, who was made for the soft life and enjoys getting what she wants. READ MORE

Sandra is one of the newly introduced Big Brother Titans’ season 1 Housemate. The 27-year-old Sandra Essien, who hails from Lagos, is here to shake things up, make trouble, and make things happen.

Her ability to shake things up isn’t her only strength. Sandra is an entrepreneur, host, model, and former beauty queen. She exudes confidence and a strong sense of competition.

Theo Traw is a musician from the Vaal Triangle of South Africa, and he’s here to make peace, cause some mischief, make friends, build relationships, and promote his music. In addition to having a beautiful smile and an interesting array of jewelry, the 29-year-old is single and ready for all kinds of cruises.

He is 29 years old, we will update this page as soon as we have his complete date of birth details. The new Big Brother titan housemate Theo Traw  is from The Vaal in South Africa. We don’t have any information about his Relationship status.

She is able to express her emotions easily because of her bubbly nature.

The Big Brother Titan Housemate is 22 years old. we will update this page as soon as we have her complete date of birth details. The new Big Brother titan housemate Blue Aiva was Born in the Limpopo province, now in Johannesburg, South Africa. We don’t have any information about her Relationship status.

He was born in Anambra State in the eastern part of Nigeria, Miracle works at his family’s pharmaceutical company. It’s easy to find impulsive, chatty, and adventurous Miracle. He is 24 years old, we will update this page as soon as we have his complete date of birth details.

The new Big Brother titan housemate Miracle OP is from Anambra, Nigeria. We don’t have any information about his Relationship status.

This is the complete list of 24 Big Brother Titans 2023 housemates (Season 1). Who do you think will win? Do you have a favorite already? Comment below.