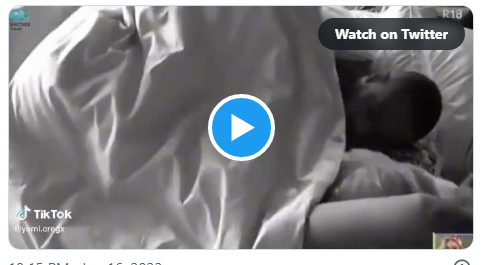 Welcome back, here we give the latest updates on what is going on in Big Brother Titan house, Today Yemi and Khosi share their first kiss in Biggie’s house, recall that 20 housemates were introduced into Bbtitan house this year, in case you don’t know them, Meet all the 20 Big Brother Titan Housemates and their profile.

From the moment they met each other on the opening night, they had a special connection.

Initially, Khosi was the first to enter Biggie’s house, followed by Yemi shortly thereafter, revealing an interesting relationship with the fans. 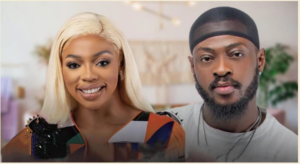 Yemi helped Khosi fix her earrings on opening night in a kind and gentlemanly manner, which got social media users looking out for the duo.

After the Head of House games on Monday midnight, the couple locked lips before going to bed, becoming the house’s first couple to do so.

In the meantime, Khosi had earlier in the day expressed her desire to end whatever was between herself and Yemi.

According to the former, she wanted them to end their connection and spend more time with other housemates.

Yup, we are bringing the best bits. Stay tuned.