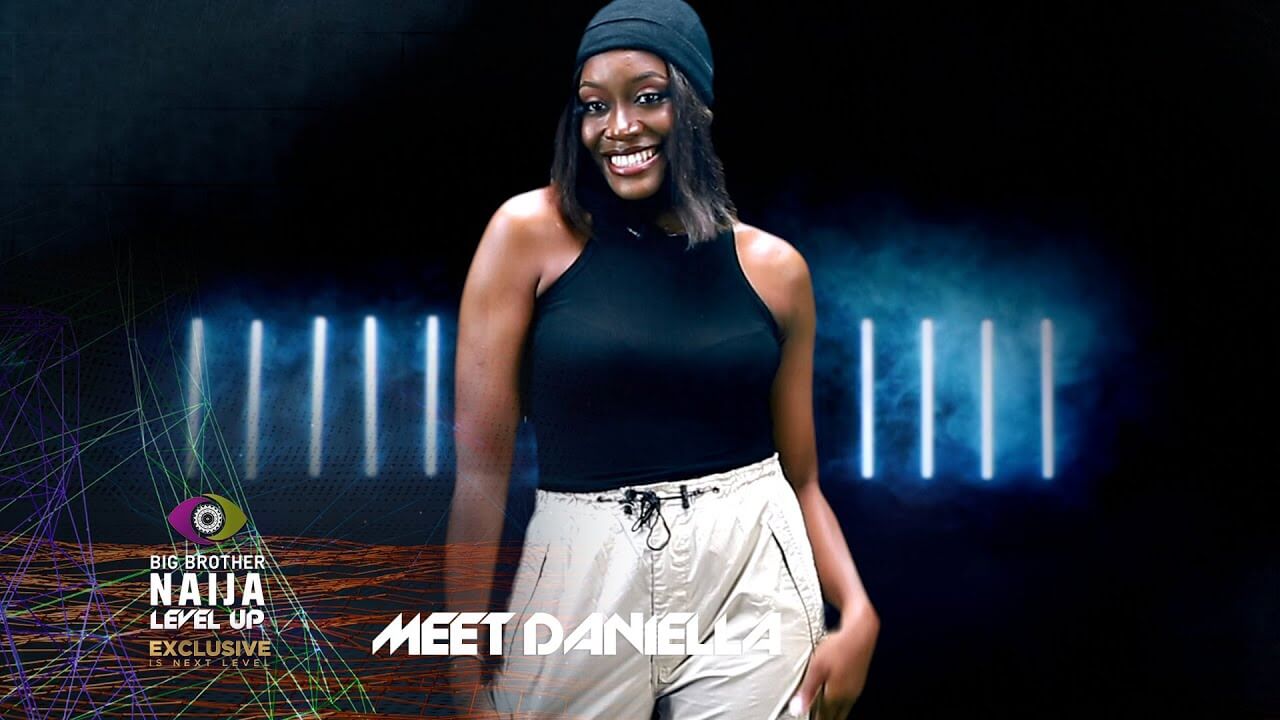 Daniella loves meeting new people and describes herself as resilient, energetic and observant. When she’s not writing poetry, acting, or singing, you’ll find her working out and staying fit. She hates bullies with a passion and believes in fair play, so she usually steps in as “the defender” during heated arguments.

She has a twin brother, five older brothers and a younger sister, and loves being part of a big family. Although she just got out of a toxic relationship, Daniella still believes in love and is open to finding it one day.

When quizzed on habits that could possibly annoy her fellow Housemates, she says: “Based on research, it would be my sensitivity. I’m very aware of verbal and non-verbal communication. My pettiness would be another, even though I don’t like drama. Also, I am quite unpredictable”.

Daniella believes Big Brother Naija is the perfect stage to showcase her creativity. “I want to be in the entertainment industry. I strongly believe I belong here”.

Big Brother Naija 2022 (Season 7) housemate Daniella has an estimated net worth of $50,000 which she has made from his career as a spoken word artist, actress & content creator.

Daniella’s Official Instagram handle is @daniellapeters_official and she currently has over 15k followers.