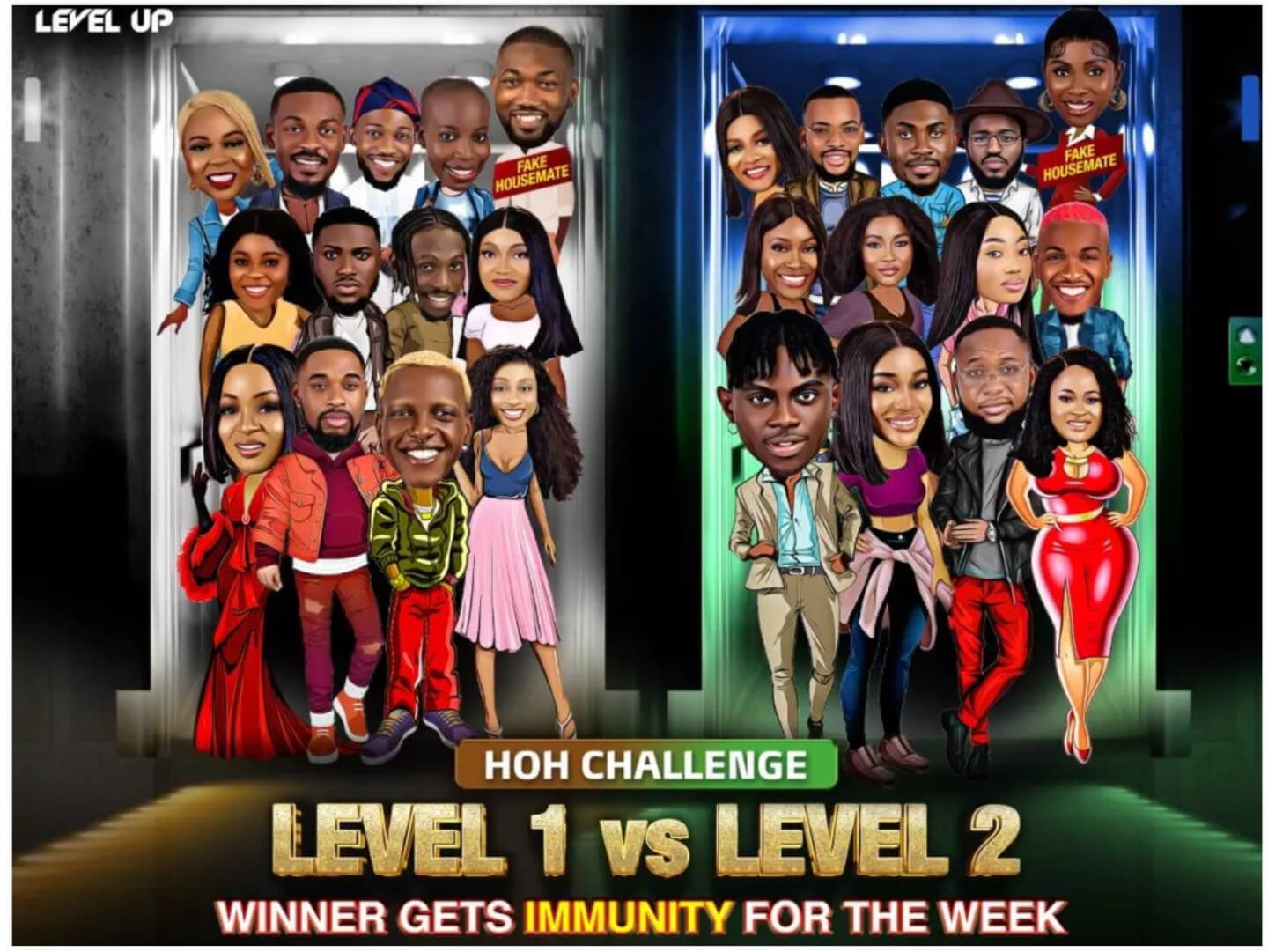 BBNaija week 2 head of house challenge is between level 1 vs level 2 and also the battle for immunity. The winning level will be saved from possible nomination and gain immunity for the week while the losing level will be automatically up for eviction this week.

BBNaija Week 1 Head of House Eloswag was not eligible to participate in this week’s head of house challenge alongside the two new fake housemates – Deji and Modella.

Hermes ultimately has the power to nominate the housemates that will be up for possible eviction this week. His fellow housemates may suggest but the power ultimately lies with him.

Dotun will be sharing the reward of the tail of the house for mishandling his microphone while playing the head of house game.