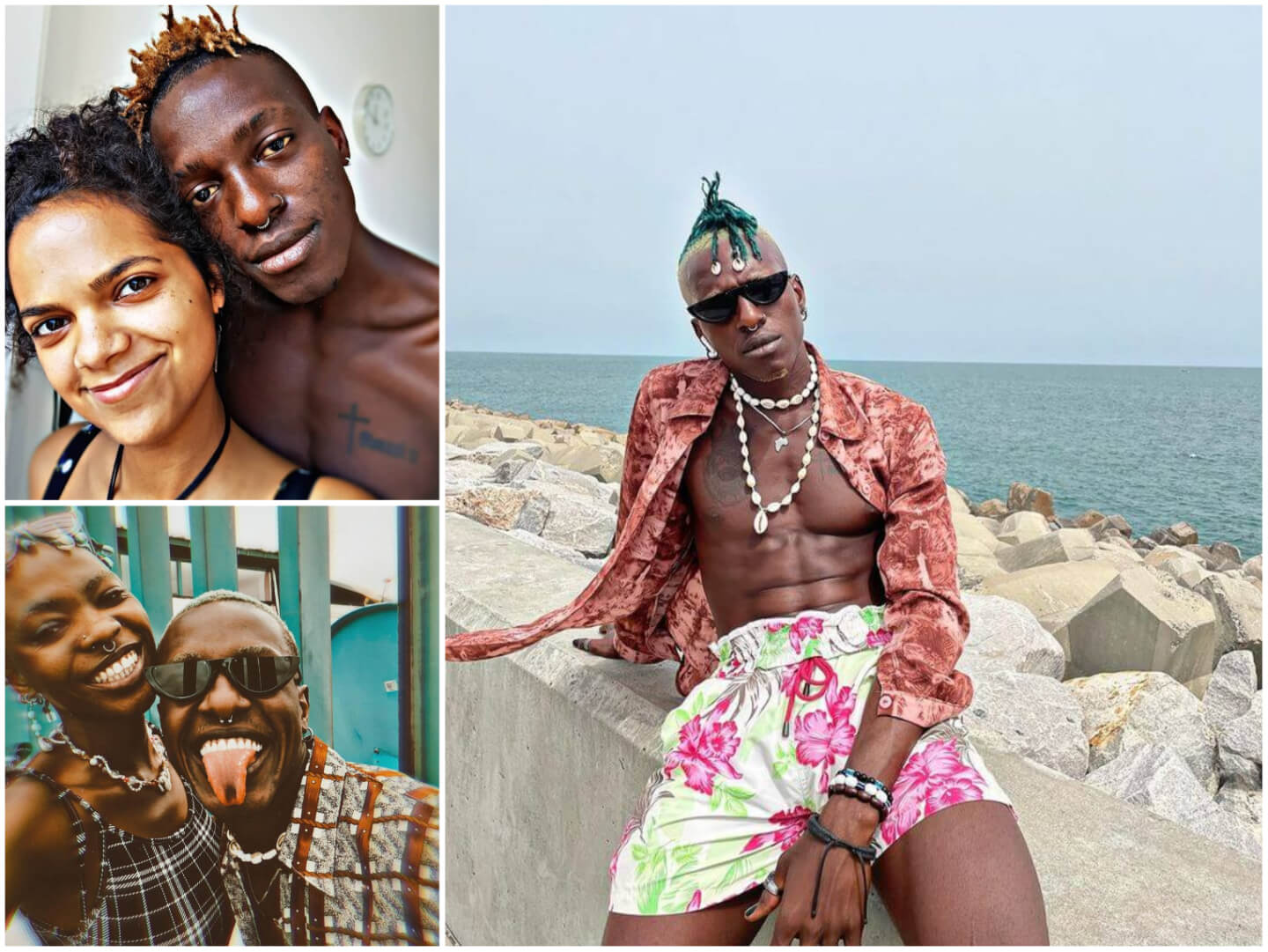 This year’s Big Brother Naija Edition tagged Level Up has had fans glued to their tv screens and Hermes is one of those housemates who have caught the attention of many viewers for his unique characteristics.

Hermes who is a 25-year-old Performance Artist from Lagos state has had the opportunity to perform some of his original dance pieces at reputable festivals in Lagos, Glasgow and Rotterdam, and has also appeared in music videos for afro-beats stars including Burna Boy, Davido and Ajebo Hustlers.

2. He’s in a Romantic Relationship With Two Women

During the live show premiere, he revealed that he was in a romantic relationship with two girlfriends who know each other. He owned his truth and did not seem judged for it and a quick look through his social media page also shows him flaunting both ladies on several occasions.

Hermes is a model who embraces his uniqueness and body positivity which he often shares with the world. On how he approaches his artistic process, he said:

“Moving from within, my current artistic focus is directed towards making myself vulnerable. Hereby, I recognise vulnerability not as sign of weakness but a place of strength where internal emotion can be turned into performed motion.

Thus, my choreographic process starts off with listening to my own body, trusting in its intelligence and exploring its mental and physical potential as well as limitations.

To express that, I work with the isolation of my physical form to limit myself intentionally by e.g. reducing movement to a specific part of the body. Due to that, tension and attention are distilled, while inner and outer balance are gaining in importance.”

Hermes is all about creativity and he never fails to showcase that when it comes to different kinds of sports. Basketball, Boxing – name it; he’s a huge fan.

5. His Affectionate Love for his Mother

Recall BBN has earlier reported that the new housemates recognized Hermes and remember his viral story of how his mother, who had been taken to a hospital over her mental health struggles, had gone missing. Hermes’ public outcry went viral and thankfully his mother was found a few days later.

1 thought on “5 Interesting Facts about Hermes; BBNaija 2022 Level Up Housemate”