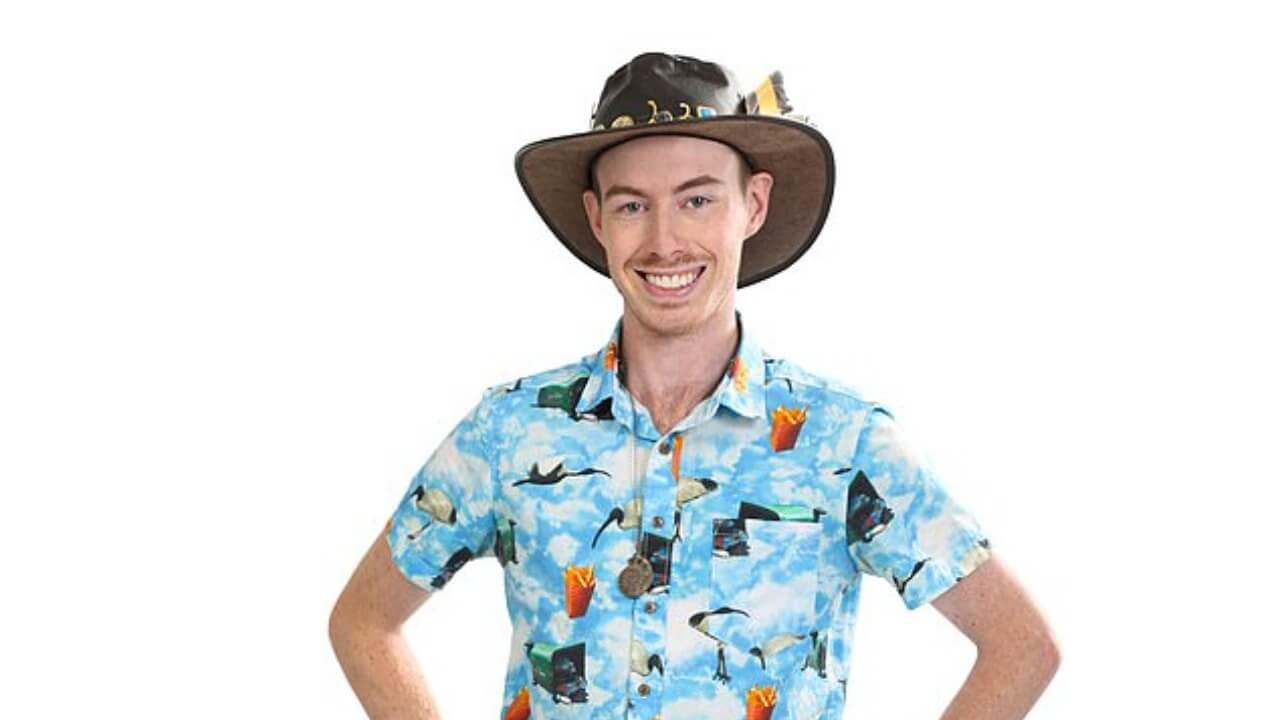 Shy but fun-loving Ian Joass appeared as a housemate on the 12th edition of the Big Brother Australia show in 2020.

Despite claims of being an introvert at most of his pre-show interviews, several pictures turning up on the internet exposed Ian Joass either juggling drinks or laughing with friends.

According to Ian, his personality description is “That mystical missing line between bogan and nerd”. Ian Joass might have been an introvert due to the d]fact that he grew up as an only child in the bush. This left him with little social skills compared to his peers.

In his words, “To be honest, social situations scares me a lot but that is why I am on Big Brother Australia, Hoping to develop my social skills in the house”

When Big Brother Australia came calling, Ian Joass was a 26-year-old professional waiter who lived in Perth, WA. He had a profound interest in Geology. This explains his choice of girlfriend, Karyn Davis. Karyn Davis was his long-term girlfriend who is an environmental scientist.

While on the show, Ian might have shown enough brilliance and intelligence, but his lack of social skills made him leave the show earlier than deserved. He did his best to make friends on the show but the show was a competitive one, he lost even before it could begin.

Ian Joass won the nomination challenge 1 time on day 13. He was nominated for eviction 1 time and it was the same nomination that saw his eviction.

Ian Joass left the show and went back to his former life but this time around, with recognition. He is active on Instagram where he blesses his fans with pictures from his bush life filled with Nature, including Seas and Animals.