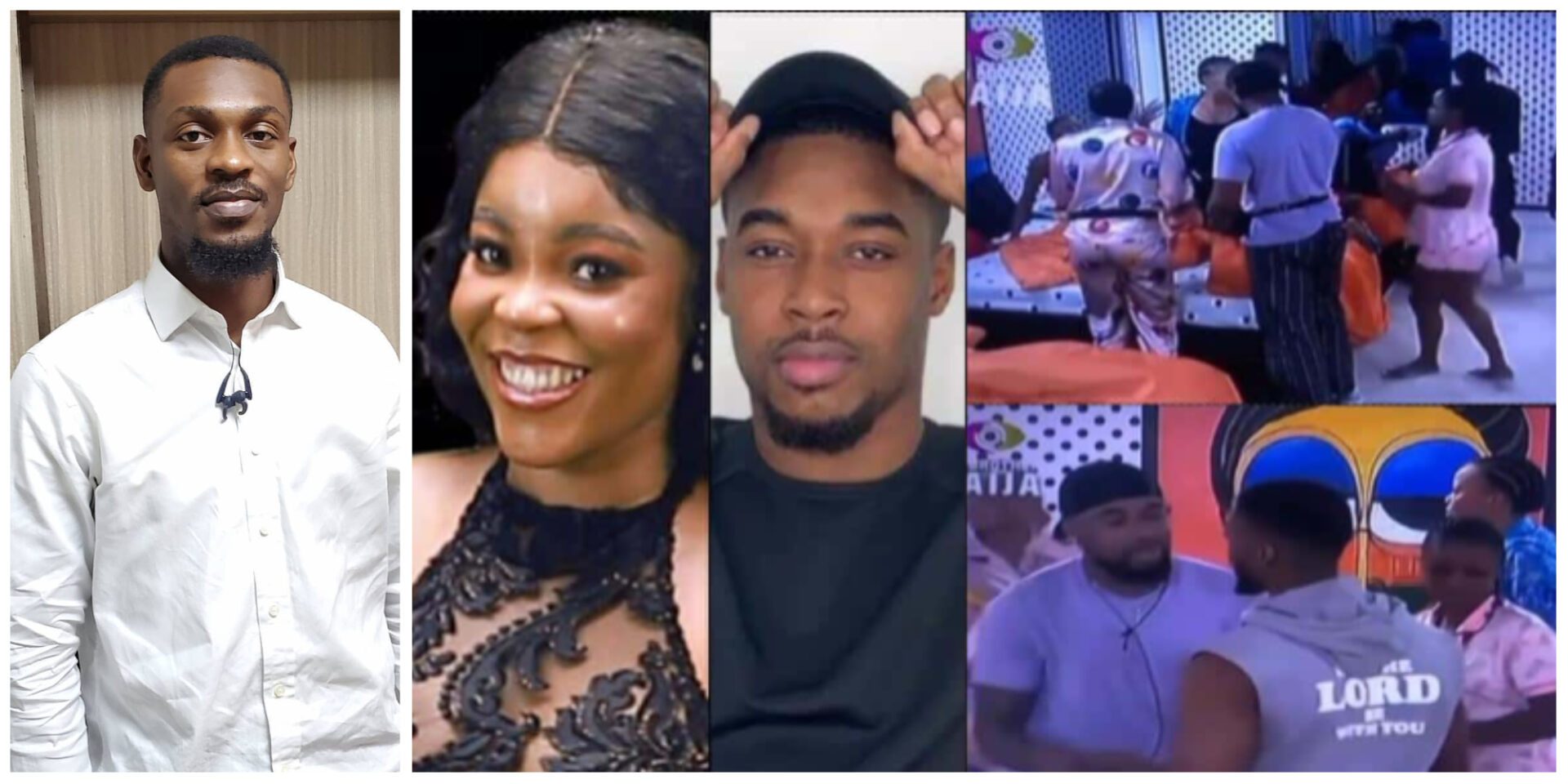 Drama as Adekunle, Shegzz, and Chichi engage into a serious gbas gbos fight (Video). Doyin and Sheggz later got into a fight after a violent argument between Adekunle and Chichi.

Adekunle and Chichi, fellow Big Brother Naija housemates, got into a heated argument, which led to further conflict between Doyin and Sheggz.

As they were getting ready for the Friday task presentation, they got into a fight. After Chichi presented her idea, Adekunle changed it into a story for the group. He then questioned Chichi about why she always disagrees with whatever he does.

Adekunle insulted Chichi and Daina by implying that Benin City is a village, which was a total misrepresentation. Chichi then became angry and began yelling at Adekunle.

On the other hand, Sheggz and Doyin got into a heated disagreement after Sheggz claimed that Adekunle has a personal issue with Chichi, and Doyin urged him to “Shut the f*ck up.” This led to a rapid escalation of the fight.

Read More: BBNaija: “Please don’t cheat on her” – Fans React to Photo of Kess and his Wife

Chichi later rejected Adekunle’s attempts to apologize to her. Contrarily, Doyin regretted her comments because Sheggz is his friend.