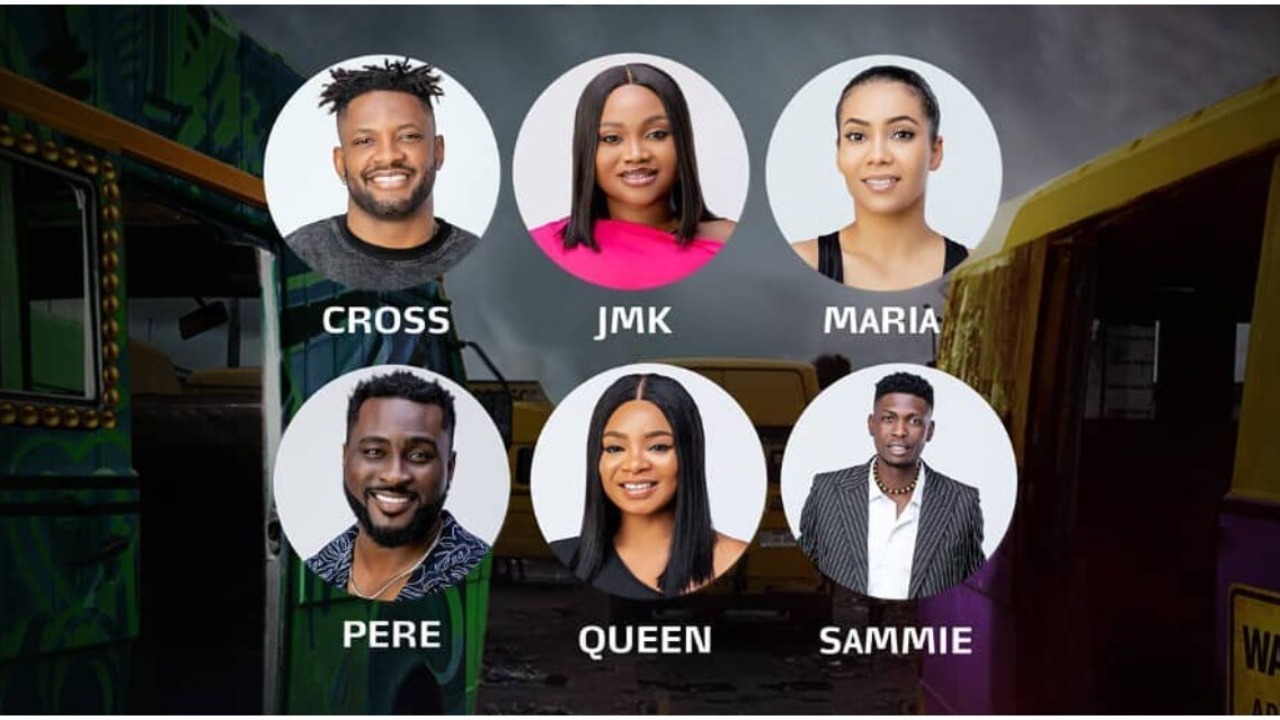 This week, 6 Big Brother Naija Season 6 Housemates are up for possible eviction and one or more will be evicted today. With 20 housemates left in the house the competition and race to win the grand prize of N90million is now getting tougher.

After the nomination process, the 6 housemates with the highest nominations (Pere, Maria, Peace, Sammie, Queen and JMK) were to be up for eviction.

The veto power was called into play and the current head of house and veto power holder Liquorose was asked to save and replace one housemate of his choice. Liquorose saved Peace and replaced her with Cross.

The final six BBNaija Shine Ya Eye Housemates up for possible eviction in week 5 of Big Brother Naija Season 6 are:

JMK has been Evicted from the Big Brother House – JMK had a terrific time in the #BBNaija House making memories that will last for days, here’s a look at her time with her fellow Housemates.

Sammie’s time in the Big Brother House has come to an end, watch this short highlight’s reel of his five weeks in the continent’s most-watched House. Sammie had a swell time in the #BBNaija House and had us glued to our screens.

Maria achieved a lot in the #BBNaija House and it’s great to relive those memories. Watch them below.