Bbnaija Eviction Week 11: As the show gradually winds down, things are definitely heating up in the Big Brother Naija house with barely three weeks left as four of the top contenders (Khafi, Mike, Seyi and Tacha) are all up for possible eviction this week.

Following Monday nomination show, Khafi, Mike, Tacha and Omashola were placed on possible eviction after receiving the highest number of nominations; Omashola the veto power holder for week 11 had no other choice but to save himself and put Seyi up for possible eviction.

Big brother also confirmed that at least 1 housemate will be evicted this Sunday, but who will it be?.

The Trio had been on a rough path since Tacha and Seyi row during Sunday live eviction show.

Tacha while responding to a question put across to her by Ebuka Obi-Uchendu, BBnaija 2019 host made a statement that caused a whole lot of reaction on Social Media. Tacha said:

she had no issues with Seyi but that he sometimes acted childishly and went further to throw a jab at him, saying, “What I have achieved at 23, he has not achieved at 33”.

Mike, Seyi and Tacha’s survival is almost guaranteed as they have a legion of fans supporting them but nothing is ever guaranteed in the big brother house; can Khafi pull a big one on them just like how Cindy did a few weeks ago? Well, I guess we have to wait until Sunday.

The show which started two months ago has so far witnessed the introduction of 5 new housemates and eviction of fifteen housemates; cutting short the dream of winning N30 million, an SUV along with some other amazing prices.

Following Ventia eviction last week, there are now 11 housemates left in the big brother house battling it out for the grand price plus other prices worth over N60 million. Below are the name of remaining 11 bbnaija housemates

It’s always a tough ride when giants go head to head, but the big question is who will survive eviction this week?. Join us on Telegram for more updates 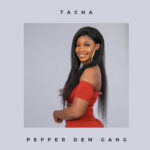 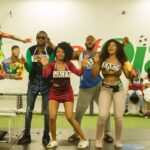