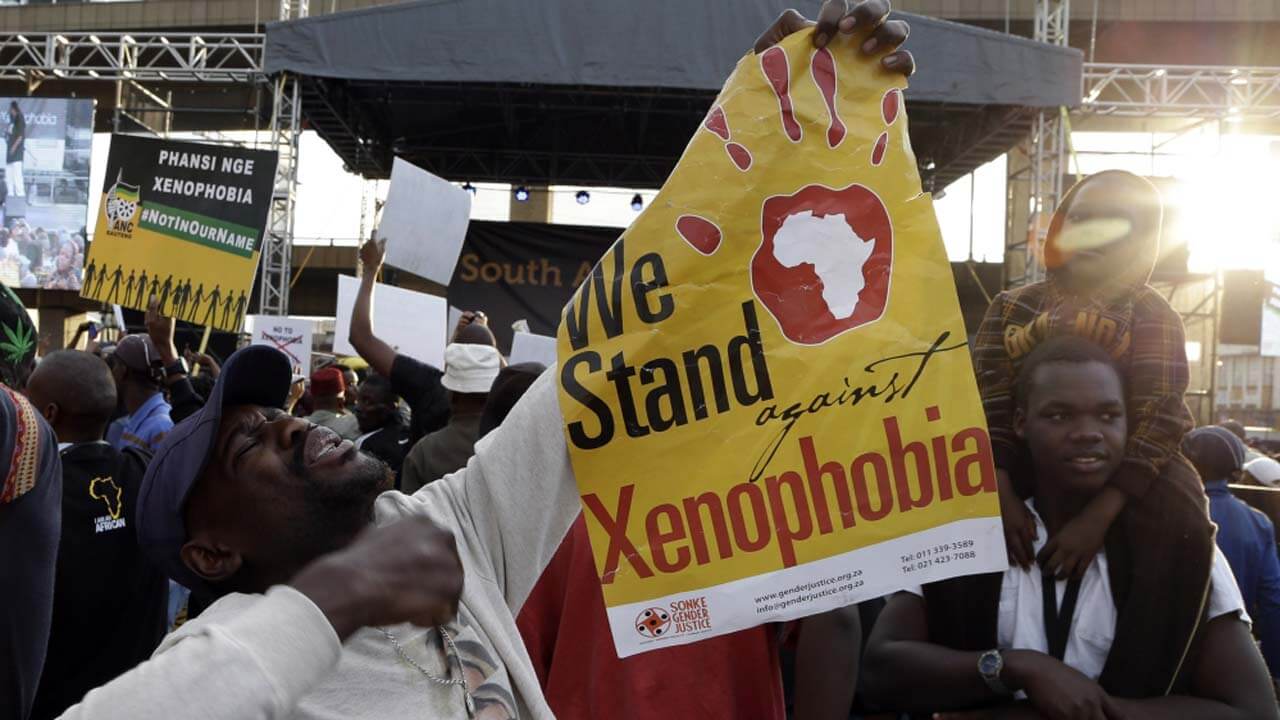 The President of the Nigeria Union South Africa (NUSA), Adetola Olubajo who confirmed the development to NAN said on Monday that the attacks began on Sunday morning in Jeppestown area of Johannesburg when a building was set ablaze by an angry mob.

HURIWA in a statement by its National Coordinator, Emmanuel Onwubiko urged Nigerians to take action in their hands and boycott bbnaija and other South African businesses till the killings were stopped.

The statement read: “We strongly condemns the prolonged but currently ongoing violent xenophobic attacks specifically targeting Nigerians and Africans of other countries living and doing their businesses in South Africa.

“We have watched just like millions of other Nigerians have also watched videos and photographic evidence detailing graphic and gory Treatments and violence meted out and are being unleashed on Nigerians and other Africans that are resident in South Africa who are not from South Africa.

HURIWA said, “We are amazed, shocked, disappointed that the president of Nigeria and the government of Nigeria has watched helplessly as our citizens are being butchered in their hundreds in South Africa by black South Africans and government has so far refused to adopt and implement a stringent diplomatic blockade and measures against the South Africa business concerns in Nigeria, It is unfortunate.”

HURIWA added that Nigerians must immediately take actions while calling on Nigerians to take their future in their hands.

“We are calling on Nigerians to make up their minds and prepare within the next 78 hours to boycott DSTV, Nigerians should even boycott the Big Brother Naija.

“We are of the opinion that even the participants in BBNaija should walk out of the BBNaija immediately. Those who have MTN lines should cut it off and go for other lines.

“We must take these measures and we must start doing that without any further waste of time because the government has not done anything to stop the South Africans from Killing Nigerians and these killings are still going on and everybody is just cool about it,” the group stated.

It added, “We should cut off any diplomatic relationship with South Africa. South Africa’s xenophobic violence has demonstrated that even the South African government is guilty by association.

“There is no justification for the xenophobic attacks against other African nationals who live in South Africa.”

May God’s protection be on y’all in South Africa 🇿🇦

I won’t be surprised if @BBNaija stopped airing in SA because they perceived this Xenophobia thing. I’m sure they got some nasty vibes from South Africans #SayNoToXenophobia #BBNaija