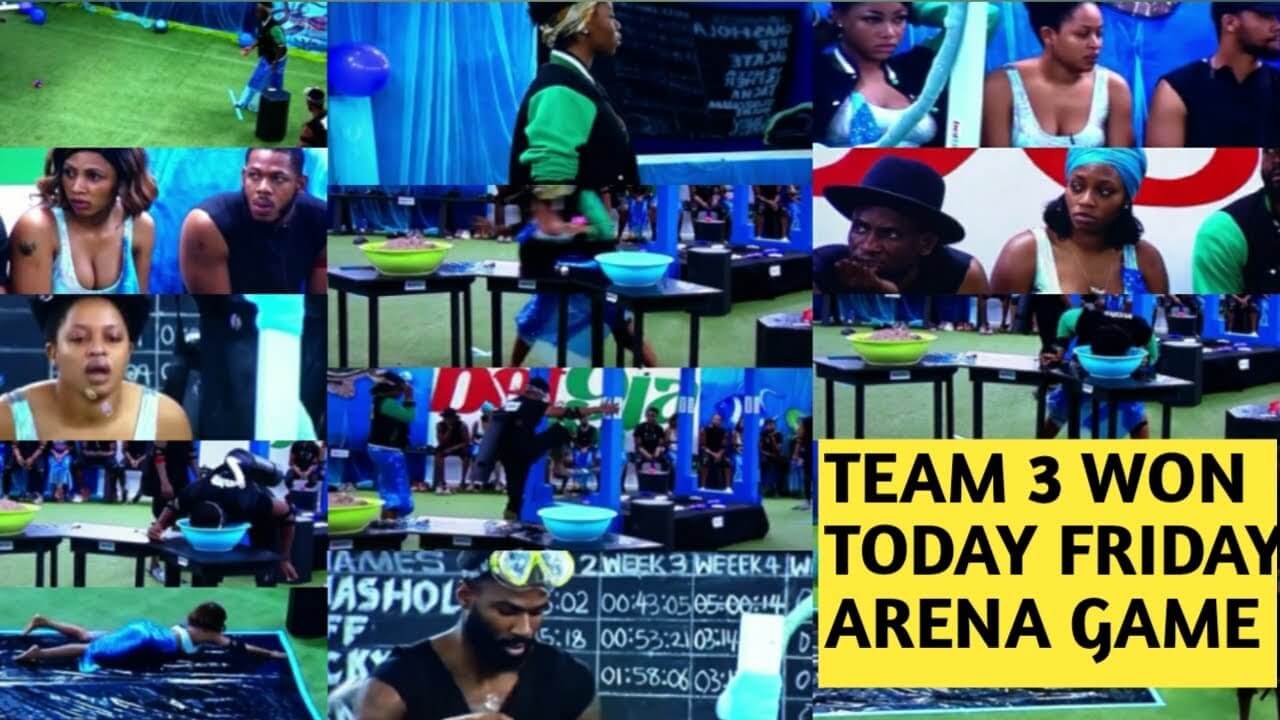 Big brother naija 2019 housemates were divided into 3 teams for this weeks bbnaija arena game. The team with the fastest completion time wins the challenge.

With the current Head of House– Seyi guiding the team selection process, we had:

Bet9ja Friday Night arena game was won by team 3 who finished their task in a record time of 3minute 52 seconds. The team members comprise of Frodd, Jackye, Mike, Ike, Esther and Mercy

In bbnaija week 7 Arena Games, Mercy, Jackye, Esther, Mike, Frodd and Ike successfully impressed Biggie with their fishing skills and got rewarded with 100 Bet9ja Coins each while other housemates left the Arean with nothing.