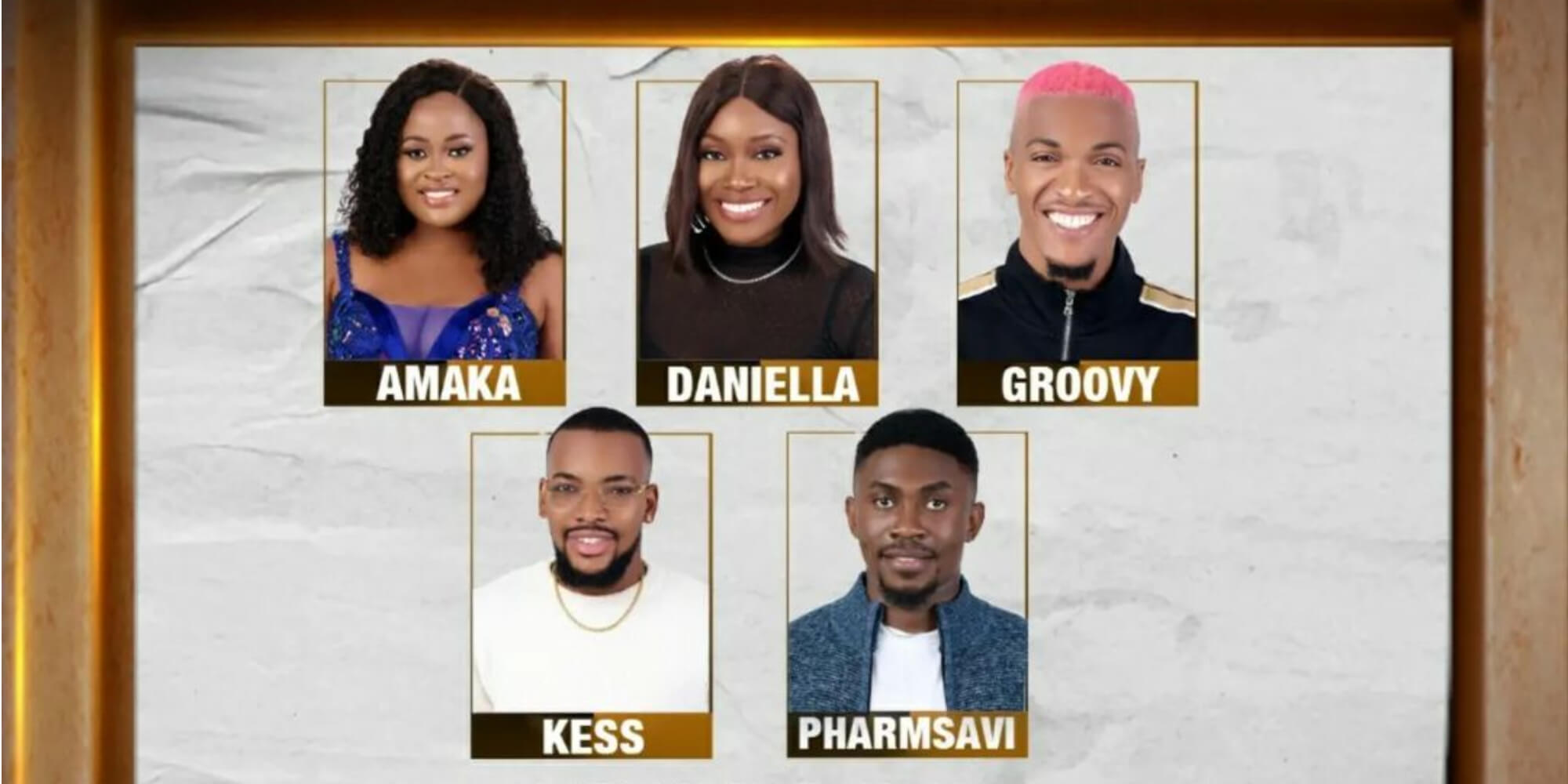 After four weeks in the Big Brother house, the nominated housemates are yet again faced with possible eviction from the show, who do you think it will be? Here’s our prediction on the two housemates likely to be evicted on Sunday.

It’s fair to say the housemates have had the opportunity to showcase themselves to the world and clearly state why they deserve to be in the house and ultimately win the grand prize of N100 Million.

Who is up for Eviction in BBNaija this Week

The five BBNaija Season 7 level up housemates up for eviction this week are Groovy, Amaka, Kess, Pharmsavi and Daniella.

Using results from voting polls, fanbase reach and social media trends, here’s our analysis of who will be evicted from Big Brother Naija season 7 this week.

5 BBNaija Housemates up for Eviction in Week 4

From trending daily on social media to topping BBNaija Polls, these top three housemates that’ll be saved this week are:

These top three housemates have dominated the polls this week, featured as some of the most popular housemates and also made some major highlights.

With Groovy and Amaka surviving the previous eviction, it’s safe to consider them the powerhouse of level 2 and their resolve will once again be tested this week. We’re predicting that these three housemates are going nowhere on Sunday.

These bottom two housemates who are more likely to be evicted this week are:

It’s going to be a tough one but at the end of the day, it all depends on how many housemates will be evicted. But remember, nobody can predict with other tricks big brother has up his sleeves.

Which Housemate do you think will be evicted this week? Drop a comment below

4 thoughts on “BBNaija Week 4 Eviction: Housemates Likely To Be Evicted on Sunday”