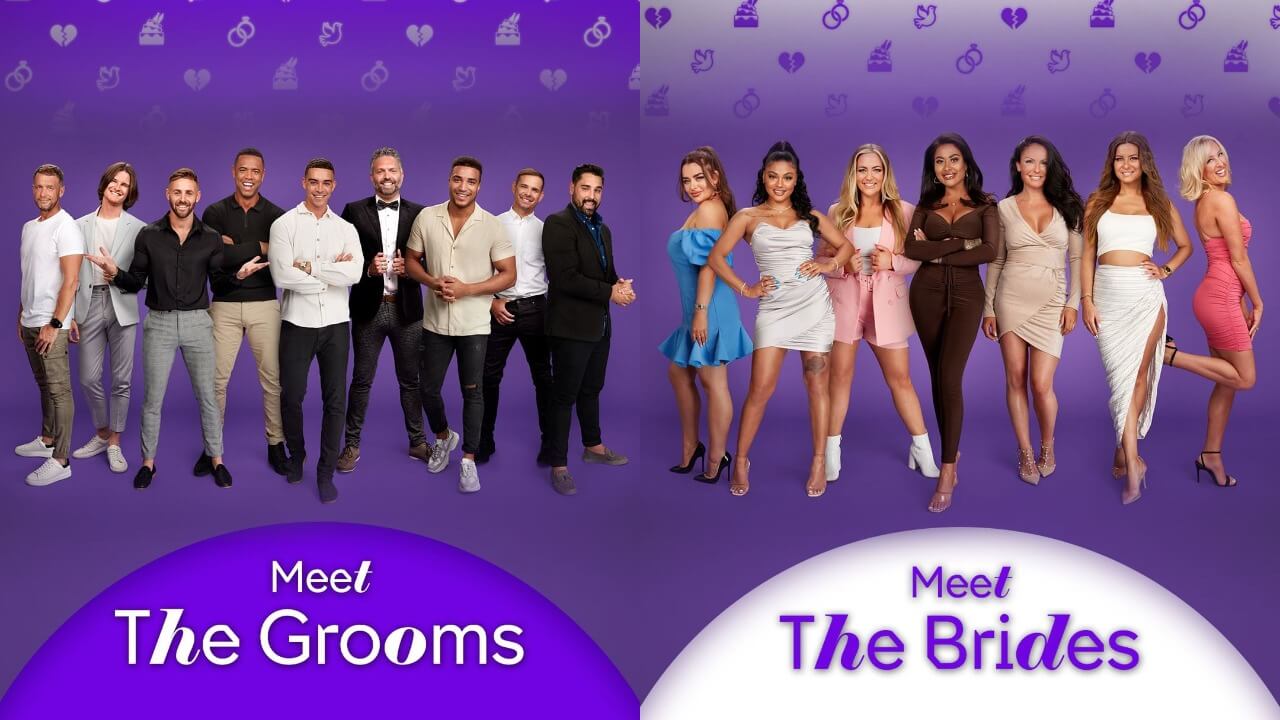 Married at First Sight UK; The reality tv show follows singles yearning for a life-long partnership as they agree to a provocative proposal: getting married to a stranger the moment they first meet.

Relationships will be put under the microscope, by fellow brides and grooms at weekly dinner parties – as well as by the experts, at recurring commitment ceremonies, where couples choose whether they want to stay in or leave the process.

The official line-up of 16 contestants consisting of nine male and seven females contestants have been revealed. Here’s a brief profile of Married at First Sight UK 2021 Cast.

But when will Married At Frist Sight UK start? and where can I Watch Married at First Sight UK 2021? We’ve got everything you need to know about the upcoming season right here.

The series has undergone some huge changes since it last aired. This time around, a total of eight couples will be exploring new relationships as the hit series shift from Channel 4 to E4 for the most “explosive” instalment of the UK version ever.

Married At First Sight UK will air its first episode of the new series on Monday, August 30 at 9 pm on E4 and there will be a grand total of 21 episodes in this jam-packed season, with each spanning 90-minutes.

‘Before these strangers walk down the aisle, they get to celebrate their final night of freedom together at the ultimate stag and hen parties – where a surprise is in store,’ teases the synopsis.

Viewers will follow eight couples as they meet for the very first as they make a lifelong commitment to one another at a glamorous ceremony, overseen by a wedding celebrant, that includes guests, bridal gowns, dancing, speeches and cake.

Married At First Sight UK 2021 (Season 6) will air on E4 this summer with its first episode premiering on Monday, August 30 by 9 pm. MAFSUK Season 6 will air Monday to Thursday by 9 pm daily.

As we sit down to watch the drama unfold, you watch seasons one, two, three, four and five of the show online. All Previous seasons of Married at First Sight UK are available on Channel 4’s catch up service All4.

Do not worry if you happen to miss an episode of Married at First Sight U.K., each episode will be available to stream via All4 shortly after the episode has finished airing on E4.

Channel 4/All 4 or 4oD is a free-to-watch live streaming service available within the territories of the United Kingdom only as its content is geo-restricted. But with our methods, you’ll be able to unblock it and stream MAFSUK Season 6.

Free VPN’s are not at all recommended most especially for accessing geo-restricted streaming services as they have small resources that do not provide enough bandwidth and servers to unblock every streaming service.

Besides slow speed, you also have the issues of weak encryption and data leaking issue to contend with. According to a study of ProPrivacy, 40% of the free VPNs have failed to provide sufficient privacy protection and leak user’s data.

Follow the steps below to stream All 4 outside the UK

Apart from Married at First Sight UK, you can also watch some other popular tv shows on Channel 4. Here is the list of most popular shows to watch on Channel 4.