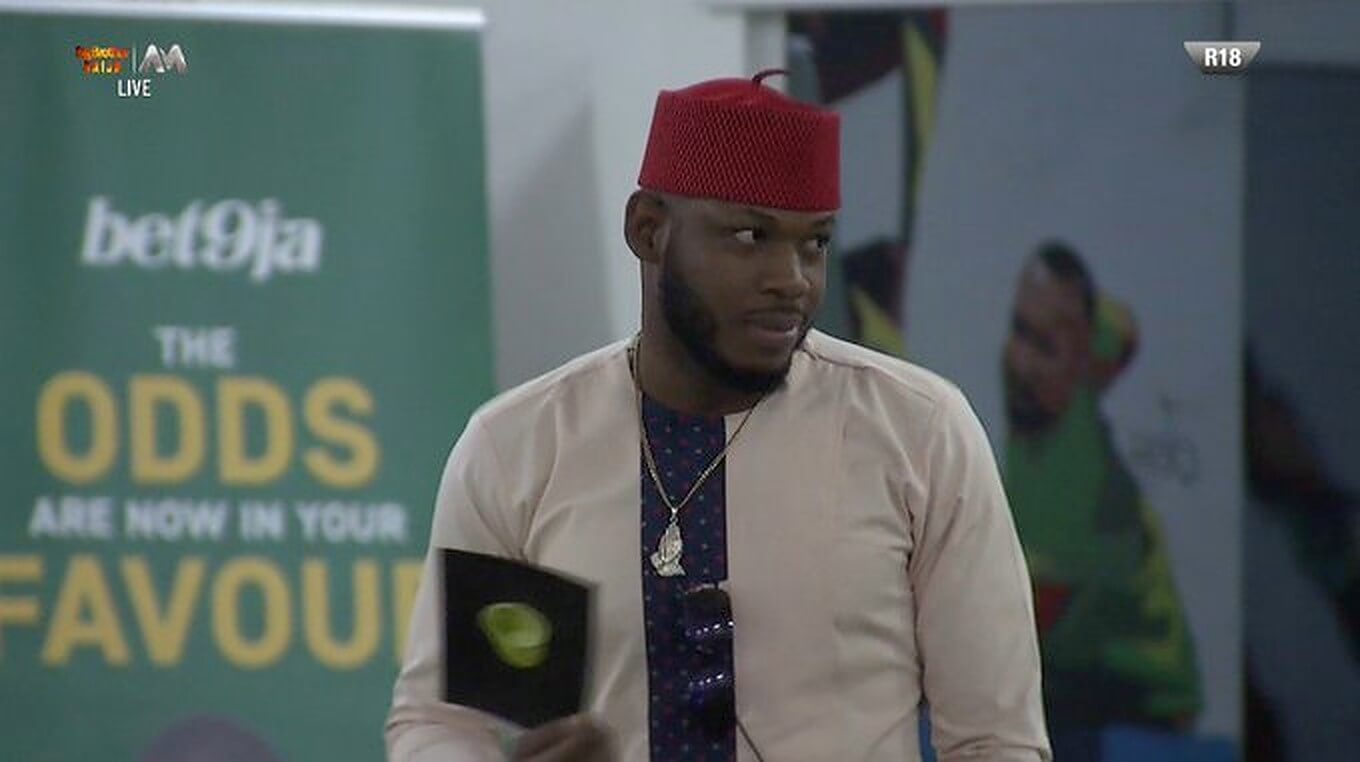 Frodd is the Winner of the 2019 BBNaija Season 4 Ultimate Veto Power Game of Chance as he heads to Finals alongside Mercy who purchased immunity with her bet9ja coins in week 12 of bbnaija 2019.

Recall that the housemates were given a red box the previous week and tasked to pick 1 image daily from 60 random pictures; noting that the housemate who picks the exact duplicate image of the one in the red box emerges the winner of big brother naija final veto power game of chance.

Luckily for frood, he had the exact duplicate of the picture in the red box and thus emerged the winner of bbnaija ultimate veto power game of chance.

Reacting to his win, Frodd shouted: “Thank you, Jesus,” adding: “I’m spiritual, I have always known this picture was the one” (pointing to the picture he picked).

Being the ultimate veto power means straight qualifications to the final and also Frodd now has the ability to nominate five housemates for possible eviction on Monday for week 13 eviction show.

With Frodd having the sole power of nominating 5 housemates for possible eviction this week, who do you think he’s going to nominate? Share with us in the comment section below.

Join us on Telegram for more bbnaija news and updates