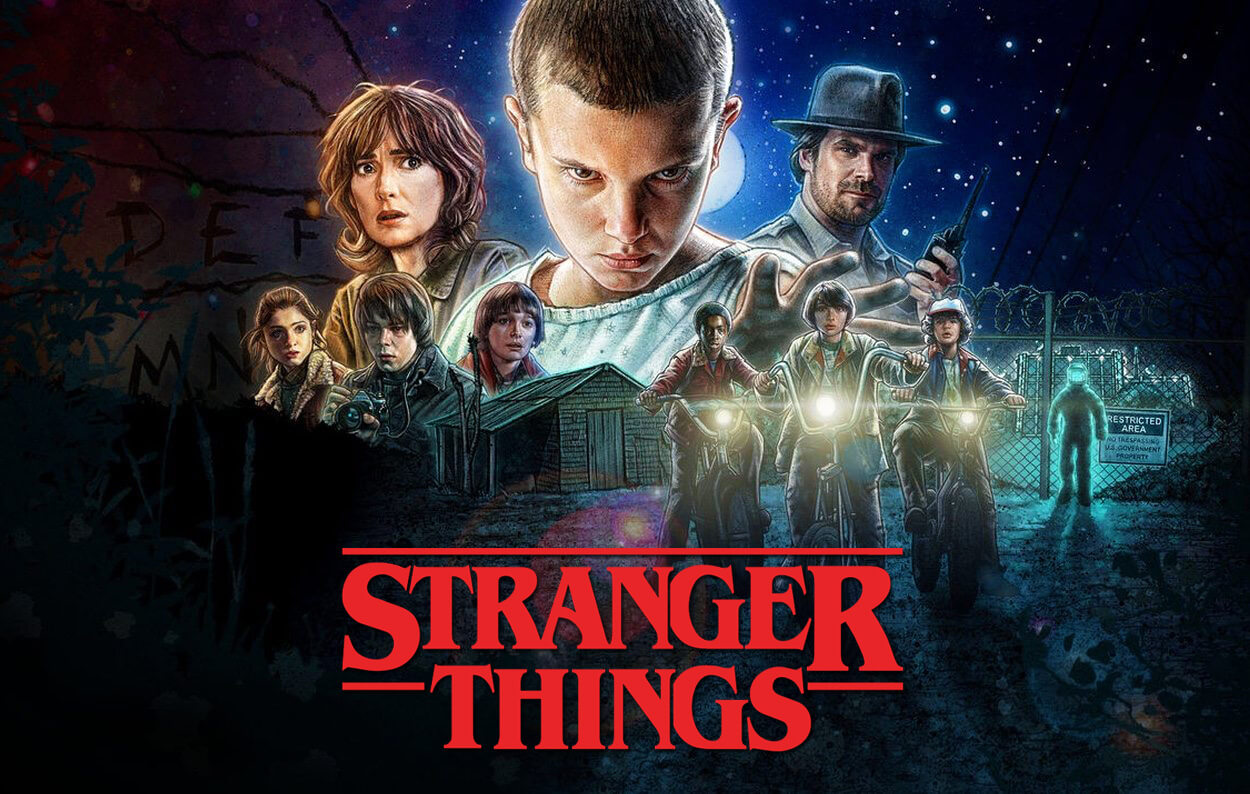 Stranger Things generated a new wave of excitement and brought out nostalgia, especially for those who grew up in the ’80s. The show revolves around the mysterious disappearance of Will Byers and the efforts of his family and friends to find him.

This series got all the packages with the elements of a small-town mystery, a secretive government facility, a couple of hard-headed and motivated people looking for the truth, and some shadowy monsters while also intensifying the mystery where the realms of normal and paranormal collide.

Here are some binge-worthy Tv shows like Stranger Things to watch if you like the Netflix series.

Twin Peaks is a TV series about an American small town and mysteries, the entry point of the show is the occurrence of an event that disrupts the normal life of the town.

Agent Dale Cooper was sent by The FBI to investigate the case after the disappearance of a popular and pretty high school girl, Laura Palmer and while the story starts off as a crime drama, as the season progresses, the show becomes increasingly Lynchian with a healthy dose of surrealism.

Agent Cooper finds himself in the midst of a case that might be a little out of depth for the FBI as Inexplicable things happen in this town, and the people have their own set of quirks, ranging from adorable to menacing.

Westworld is a TV series where they create a western-themed park with lifelike robots powered by artificial intelligence. People can actualize all their fantasies using these robots in the park, as part of the vacation. However, things begin to go south, when some of the robots begin to retain memories and act on them.

Created by Jonathan Nolan, the show is based on the Michael Crichton 1973 movie of the same name. Nolan crafts the tale wonderfully over the seasons and if the science fiction bit in ‘Stranger Things’ was what you liked, then you are going to love this.

Sense8 is a TV series that explores the bond between people who discover that they are connected and can share their skills, knowledge, and experiences with and through one another. You should be rest assured that the sci-fi side of the story is covered as The Wachowskis, who are known for the Matrix movies are in this show.

The characters of the show have a unique bond between them that characters have the audience falling for them, and you will be no different. Just like in Stranger Things’ where friendships are formed or are existent. It might be among the group of kids who go looking for their missing friend or how they befriend a strange girl with powers and yes I’m talking about Eleven.

It is undeniable that such friendship among kids being at the core of supernatural activities is derivative of Stephen King and something we saw in It and it quickly became one of the most talked of points in the show. If the friendships are what interests you then you can check out Sense8.

Roswell is a TV series is based on how Liz Parker who happens to be an average high schooler, meets and falls in love with Max Evans who is actually a brooding alien king from another planet.

The series is campy but is immensely enjoyable and proves just that Love truly is blind. Just like in Stranger Things when Eleven was accepted into the group of friends and Mike eventually fell in love with her as well. The romance has continued to be one of the highlights of the show. Roswell takes place in Roswell, New Mexico, which is popular for its supposed alien activities.

Wayward Pines is a TV series that combines mystery and science fiction and it is based on an FBI agent who goes to a small town to investigate the mysterious happenings and soon finds himself trapped there, with no choice but to get to the heart of the matter and if you loved how Sheriff Hopper digs to get to the bottom of the mystery in Stranger Things, then you will love Agent Ethan Burke played by Matt Dillon.

The series has everything you would expect, from strange happenings in a small town to a great mystery with suspense and jaw-dropping twists, and some paranormal shenanigans.

Hemlock Grove is a TV series based on the book by Brian McGreevy and executive produced by acclaimed horror master Eli Roth (“Hostel”), this Netflix original series revolved around the murder of a girl that puts the entire town under suspicion and the ensuing investigation shows that everyone has their own dark secrets.

The show involves human darkness and also that small American towns always have people who are hiding secrets. They mostly look idyllic on the outside but the core is very often rotten.

Black Mirror is a TV series that is grimly realistic while managing to remain futuristic enough to be considered sci-fi and shows how reliance on technology affects human emotions and how it can mess up our lives.

The show also points that if you mess with technology, technology is going to mess back with you. The series episodes are standalone and as far as sci-fi shows go, this will be one of the most chilling and in some instances, nihilistic portrayals of technology and humanity shows.

The OA is a TV show where Prairie Johnson returns home after seven years of mysterious disappearance, but the catch is that at the time of her disappearance she was blind and now she can see. We learnt how she has developed her sight during the course of the series. T

The lead role was played by Brit Marling and there are a lot of similarities between The OA and Stranger Things including the powers of the protagonist and the small group of friends that she assembles. You have what to watch if you happen to be missing Stranger Things as critics too have pointed to these similarities.

The enlisted movies above are shows that are similar to Stranger Things and you will so much enjoy each one of them. If you think we missed out on some shows, you can also drop them in the comment section below.