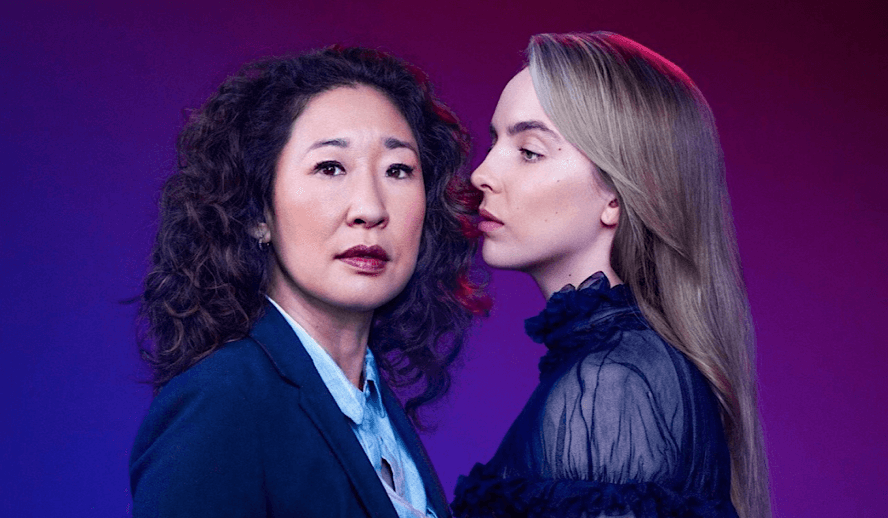 Killing Eve is a British thriller TV series produced and aired by BBC America and BBC three. It is a spy action series where Eve, a British Intelligence Investigator is tasked with capturing high-profile assassin Villanelle and bringing her to justice but somehow falls for her and later finds herself working with her.

There’s no doubt that even as we wait for the next season we still want to dive back into the live-action, drama, romance, and badass female vibes that the show gave us. Killing Eve came with a unique bang that instantly caught the attention of fans and won the show critical acclaim and numerous awards.

Although not as impressive as Killing Eve, there are other tv shows out there that can give almost the same thrill and keep you engaged till the new season premiers. We’ve gathered an impressive list of TV series like Killing Eve to keep you glued to your screen while you wait. So let’s dive right in.

Fleabag is a British drama-comedy series created by Phoebe Waller-Bridge. It is produced by Two Brothers Pictures for BBC 3 and Amazon Studios and based on Phoebe’s One Woman Show performed in 2013. The show premiered on 21 July 22016and last aired in April 2019.

Waller-Bridge stars as the lead character, a free-spirited, angry, and even confused but sexually active young woman who lives in London.

Happy Valley is a British crime drama TV show written and created by Sally Wainwright. It first debuted on BBC one in April 2014. The first two seasons received positive reviews, and it was announced that a third season would be released in 2022.

Catherine Cawood is a police Sergent obsessed with catching Tommy Lee Royce who is responsible for the rape of her friend who committed suicide after giving birth. She hears he is out of prison and planning another kidnap. She must do all she can to bring him to justice.

This is a British television drama series produced by Susanne Bier. The show is based on the 1993 novel of the same name written by John le Carre. It premiered on BBC in February 2016.

This six-episode show follows a former British soldier and night manager of a 5-star hotel who is recruited by the manager of a Foreign and Commonwealth Office to investigate illegal dealings of Richard Roper who is also a member of FCO.

Orange Is the New Black

The show received a lot of praise during its run and was Netflix’s most-streamed movie in 2016. It has also received numerous awards. It tells the story of her money laundering and drug trafficking conviction and a subsequent year spent in a federal women’s prison and how the female American prison system is ran.

If you are looking for more from Sandra Oh after her stunning performance in Killing Eve, then “The Chair” is the perfect tv show to watch.

Set in a fictional university called Pembroke University, Dr. Ji-Yoon Kim faces some extreme demands and high expectations as the first woman of colour to be made head of the English Department at the prestigious university.

Prof. JI-Yoon Kim must balance her new position with changing the faculty during her tenure as the first female chair and raising her strong-willed adopted daughter.

Adapted from the popular Sherlock Holmes detective genius stories, but this time around set in Tokyo, Japan. Miss Sherlock, a young detective, and her assistant, Dr. Wato Tachibana, put their heads together to solve peculiar cases in Tokyo and get to the bottom of the situation.

The show replaces the popular lead characters with females. Sherlock assisted by her roommate Dr. Wato Tachibana works together to solve various mysterious crimes and events occurring in modern-day Tokyo. At the center of all the crimes lies a secret organization that Sherlock must unravel.

Thirteen is a British drama series created by Marie Dickens. The show has a total of five episodes so far which premiered on BBC in February 2016.

Ivy Moxam finally escapes from her cellar after 13 years of being locked up. She comes out a new different person still haunted by the events of her years imprisoned which leaves a huge impact on her life and family as she struggles to keep her head up while dealing with her demons.

This is another Psychological Thriller drama series just like killing Eve. It has two seasons and 17 episodes released on Amazon Prime in November 2018 and concluded in May 2022.

Heidi Bergman was a social worker at Homecoming Transitional Support Center. As posed by the government, the center was to help turn the military back into normal civilians but when Heidi leaves the organization and continues as a waitress she loses memory of her time at the center which brings to her notice that Homecoming Center might not be exactly what they had made everybody think it was.

This is a Swedish Thriller drama series that premiered on Sveriges Televisions in January 2020. The show is based on the real-life story of the Bethnal Green Trio.

The show explores overlooked topics and daily events like the tension within Islam and among Muslims, terrorism, Islamic extremism human and women’s right. It shows how the trio of Sulle an ISIL groomed teenager, Fatima a Swedish Security Agent and Pervin a young Swedish woman who was lured into Syria survive cold times.

Hanna is an American action drama television series based on the 2011 film of the same name that starred Oscar-nominated actress Saoirse Ronan in the title role. The first season premiered in February 2019 and the last in November 2021.

Hanna is an extraordinary girl who has been raised in the forest, evading the relentless pursuit of an off-the-book CIA agent. This series — part high-concept thriller, part coming-of-age drama — follows the girl on her journey as she tries to unearth the truth behind who she is.

Killing Eve did leave a huge mark and set the bar high which might be tough to break but this list definitely does that. They have been carefully selected to keep your weekends fun and weekdays anticipating. If you really love Killing Eve then go ahead and try out this other great series equally as great as it.