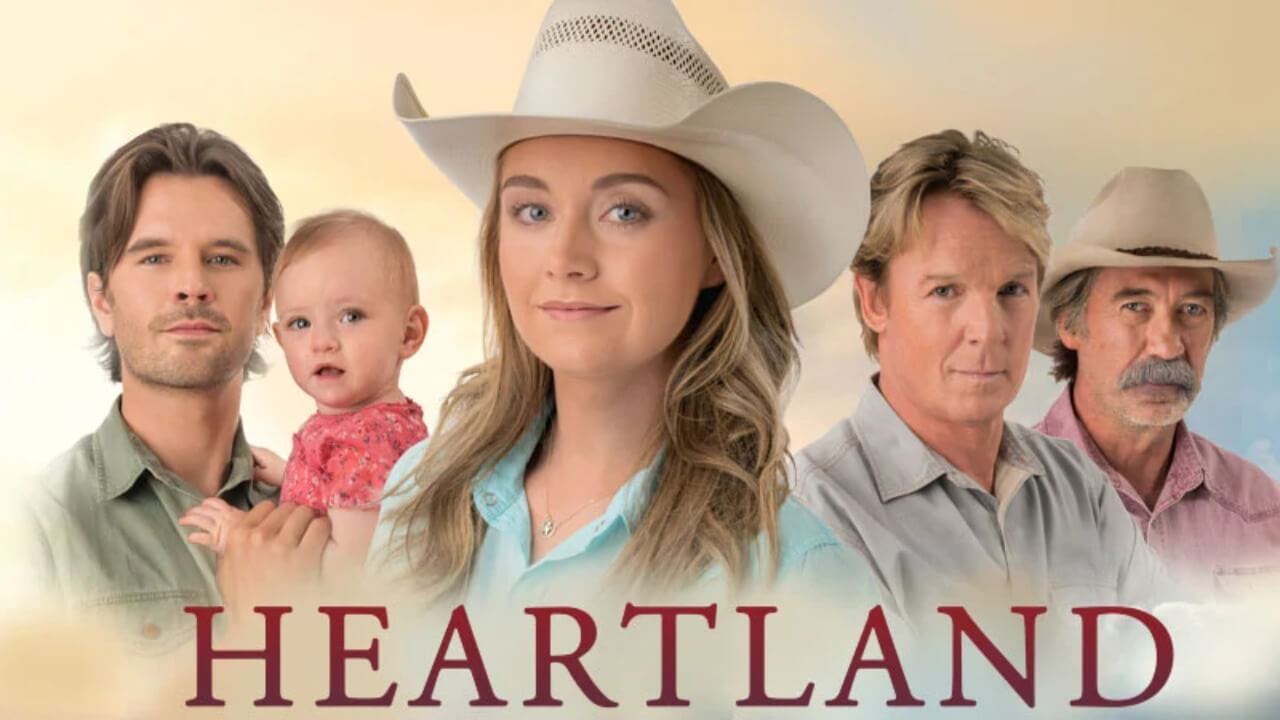 Heartland Tv Series was a wild journey that captured the hearts of fans for over a decade and left them even wanting more. The show gave fans a different taste of the entertainment industry making millions of people worldwide fall in love with the simple farm life of Canada.

This small-town drama series has 15 seasons, and it’s based on the series of novels by Lauren Brooke narrating the story of Amy Fleming and her family living on their family ranch as they face the highs and lows of life. The series takes us on a beautiful journey that keeps us captivated throughout as we fall in love with the well-portrayed characters and how they tackle each challenge presented before them.

Let’s start with this incredible series about two polar opposite families having to live together for the sake of their daughters, who were unknowingly switched at birth. Daphne Vasquez who lost her hearing early on, realized that her blood sample matched neither her parents only to find out that her classmate Bay Kennish matched her parents and Bay’s parents. They were later able to find out that they were switched at birth and had to start living together.

The drama series premiered on CBS in June 2011. It ran for five seasons and 103 episodes before it was canceled for some unknown reasons, but it is still a nice series that would match Heartland’s fans.

Parenthood is an American drama series based on the 1989 film of the same name. It was developed by Imagine Television and Universal Television for NBC. It was released on March 2 2010 and ran for six seasons which finished January 2019.

It centers around the Braveman clan, which consists of an elder couple, four children, and extended family. We see how they try to handle the stress of parenthood and keep their difficult children in check. The series has a handful of characters that would surely keep you entertained throughout.

“This Is US” is another fan-favorite TV drama series that gained a massive audience since it first aired on NBC in 2016. There is a lot to digest in this particular show, as we see the lives of three siblings and their stepbrother, who happen to share the same birth dates unfold.

The series takes place in the present, but there are a lot of flashbacks reflecting on the past life of their parents who were triplets. The simple complexity of the show would be one to watch out for. The show has six seasons, from 2016 to 2022 and the sixth season has been announced as the last.

Northern rescue is a Canadian TV drama series created by Don Carmody Television (DCTV) which is distributed by CBC television and Netflix.

The series, which first aired on March 1, 2019, follows search and rescue commander William Baldwin who relocated to the fictional town of Turtle Island, where he grew up from Boston after the death of his wife. He and his three children live with his sister-in-law and face a new not so simple life without his beloved wife.

Although the series has just one season so far, it deserves to be on this list thanks to the excellent display of characters which can be compared to that of Heartland.

An American TV series that premiered on The WB in September 2003, which later merged with UPN to form The CW where the show’s remaining seasons aired. The show is set in Tree Hill, North Carolina, where two half brothers, Nathaniel and Lucas Scott, compete in high school for the captaincy and supremacy of the basketball team and even romantic love life.

Later as the show grows and seasons unfold, Nathaniel and Lucas get married and have children, turning their lives around as we see a new version/side of the two brothers.

Nashville is an American musical drama series by Callie Khouri. The show takes us on the life of Rayna Jaymes, a country queen, and a fast-rising star Juliette Barnes as they face the hurdles and trials of the music industry.

The soap opera centers around the slow fall of the once country music superstar queen Rayna who has to deal with an unexpected end to her career, while Juliette, who is just starting her music career gets to find out that it’s not as easy as she expected.

Nashville’s first premieres on ABC in October 2012 but was canceled after the first four seasons. It was later continued for a fifth season by CMT in January 2017. The entire show is worth the time of any Heartland fan as it brings life to the musical side of small-town life.

Saving Hope is a Canadian medical drama TV series, and even though it’s a bit supernatural, it’s still worth the cut.

The protagonist Dr. Harris has a severe accident on his way to wed fellow doctor Dr. Reid who is the Chief Surgical Resident, while he is the Chief of Surgery in the same fictional Hospital of Hope Zion. Dr. Reid tries to continue with her normal personal and professional life while still hoping her husband will recover from a coma.

A well-portrayed show in the city of Toronto that would keep you engaged through the medical and personal life of the hospital staff of Hope zion.

Friday night lights is an NBC show which premiered in 2006 based on the nonfiction book by H. G Bissinger about one of the nation’s strongest high school football teams, Dillon Panthers. The series uses this opportunity to address pending but important issues in the American system like abortion, racism, drug, values, and even family.

In the small town dillion, we see how these issues affect the lives of the school football team players, their coach Eric Taylor and his wife Tami Taylor, a member of the school faculty.

When Calls The Heart

A young teacher of high society Elizabeth Thatcher is so not used to a simple life and faces many challenges when she moves to Coal Valley. There was an explosion in the small coal-mining town, which caused so many married men to leave their widowed wives to do the mining job.

Constable John Thorton, who is also assigned to the town by Elizabeth’s rich father to protect her, feels trapped and hates Elizabeth for it. As the show continues and John gets to work more with Elizabeth, they begin to bond, and he slowly falls for her, which marks the beginning of their relationship.

The simple town life teaches Elizabeth a lot, and we see her get more accustomed to it as the series progresses. The eight-season show is one to watch if you really love Heartland.

Good witch is an American-Canadian fantasy comedy-drama TV series based on a film of the same name. The series premiered on February 28, 2015, and ran for seven seasons, ending on July 25, 2021.

The show is also supernatural but equally as interesting as the Heartland. The series followed the residents of Middleton, including the widowed Cassie and her daughter Grace as they welcomed Dr. Sam Radford and his son to town.