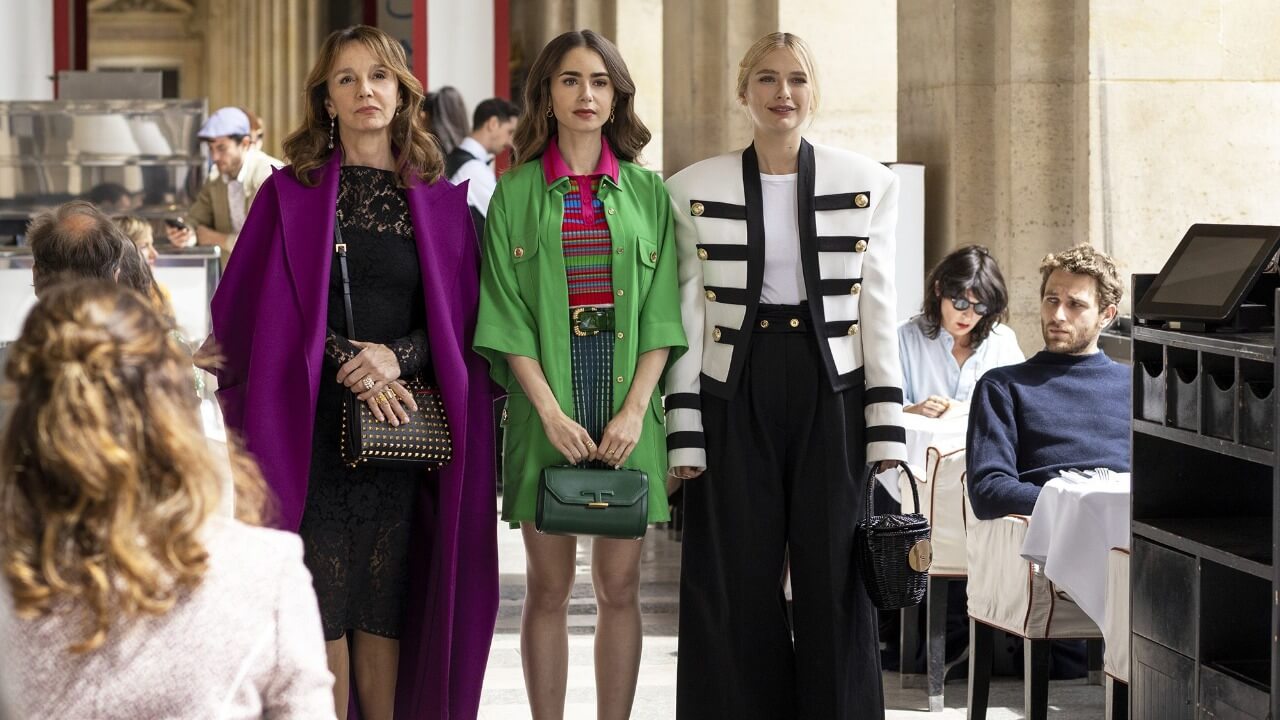 You’ve probably seen ‘Emily in Paris’, fell in love with it and can’t wait till the next season is out. While you wait for the next season to be out, you might want to watch other blockbuster television series that will have the same effect on you as the American French comedy-drama series did and also eliminate the boredom that comes with waiting.

Emily in Paris an American comedy-drama created by Darren Star which premiered on October 2nd, 2020. After landing herself in her dream job in Paris as a marketing executive, Emily Cooper leaves Chicago and embraces a new life in Paris while shuffling work, romance and friends.

It is based on a 2005 novel by Pamela Redmond. Sulton Foster, who cast as Liza Miller is a 40-year-old divorcee raising her only daughter, faked her age of being 20 to get her a job in a publishing company.

Younger and Emily in Paris do not just have the same producer in common, Darren Star, but they also have similar fashion sense. While Emily is an upcoming star in the marketing scene, Hilary Duff Kelsey is likewise a young, talented, and upcoming editor in the book world.

Jane the virgin is an American romantic comedy-drama just like ‘Emily in Paris’. Additionally, it is also a telenovela and satire which premiered from October 13, 2014, to July 30, 2019.

Like Emily, Jane Villanueva (Gina Rodriguez) was at a crossroads. Unlike Emily, Jane finds herself pregnant after being artificially inseminated and the donor is her former crush and boss, Rafael Solano (Justin Baldoni).

Just like Emily, 22-year-old Tess (Ella Purnell) finds herself in a new world (New York City) with no friends or family and lacking any specific ambitions beyond finding a job.

Her charm and observational nature lead to an invitation to train at one of the city’s best restaurants. She thinks it is a temporary place to wait for her life’s big break, but Tess is quickly intoxicated by the people she meets and by the chaotic world behind the scenes — tasting expensive wine, exploring dive bars, learning whom to trust.

Her co-workers become her family, and through them, she finds a sense of belonging that she has never encountered before.

Felicity is another American drama created by J.J Abrams and Matt Reeves. Felicity Porter (Keri Russell) is a shy girl who finds herself in another country (New York City) to study. A country that is far from her home (California).

A story about a wide-eyed college freshman and the most exhilarating journey of all, self-discovery. Felicity explores the excitement and uncertainty of living in New York City, a setting where anything goes and anything can happen.

Crazy ex-girlfriend created by Rachel Bloom and Aline Brosh McKenna, is an American romantic musical comedy-drama that premiered from October 12 2015 to April 5, 2019.

Crazy ex-girlfriend is another crazy blockbuster movie series just like Emily in Paris. Rebecca Bunch (Rachel Bloom), a successful young woman, still pining for the man who dumped her, uproots her life in New York, and moves to California with the hope of winning back the heart of her man, Josh Chan(Vincent Rodriguez III) through music.

The bold type is a comedy-drama created by Sarah Watson. It was released from June 20, 2017, to June 30, 2021. Emily in Paris was dramatic with just one main character. How about giving you triple the drama?

Three undaunting publishing assistants work together to get through in the production of a global women’s magazine, Scarlet while balancing their friendship and love life.

Get a glimpse into the outrageous lives and loves of those responsible for the global women’s magazine, “Scarlet.” The rising generation of Scarlet women leans on one another as they find their own voices in a sea of intimidating leaders. Together they explore sexuality, identity, love, and fashion.

Ugly Betty is an American comedy-drama television series developed by Silvio Horta, which was originally broadcast on ABC and aired from September 28, 2006, to April 14, 2010.

A romantic comedy-drama based on a hard worker and idealist, Betty Suarez (America Ferrara) who like Emily found it difficult to strive in the media outlet but as opposed to Emily’s cause, she (Betty) couldn’t meet the definition of beauty.

Betty, a hard-working and optimistic girl, struggles to make her mark in the publishing business, but she is rebuked because she doesn’t meet the traditional standards of beauty.

Based on Sophia Amoruso’s best-selling book, nasty girl, Sophia Marlowe (Britt Robertson) stumbles into creating an online business and learns how to be the boss.

From a broke lady with no job to a successful girl boss!!! Being passionate about a dream to begin a fashion empire, she worked hard just like Emily to achieve this.

Girlboss was created by Kay Cannon, premiered on April 21, 2017, and was canceled after one season but that didn’t stop it from being of the best comedy-drama.

Another blockbuster created by Darren Star was released in the United States and premiered on June 6, 1998, and concluded on February 22, 2004.

This romantic comedy-drama was based on sex and the city by Candance Bushnell which starred Sarah Jessica Parker (Carrie Bradshaw), Kim Cattrall (Samantha Jones), Charlottetown (Kristin Davies), and Cynthia Nixon (Miranda Hobbes) who stuck together, notwithstanding their distinctions, got through the difficulties of their lives.

The romantic comedy-drama follows a woman who, despite having a successful career, is unlucky in love and desperately needs to get her personal life back on track before her friends and colleagues are forced to stage an intervention

Just like Emily attempts to balance her work and romantic life but unlike Emily, she is an obstetrician and gynecologist in New York. Mindy is determined to be more punctual, spend less money, lose weight and read more books — all in pursuit of becoming a well-rounded perfect woman… who can meet and date the perfect guy.