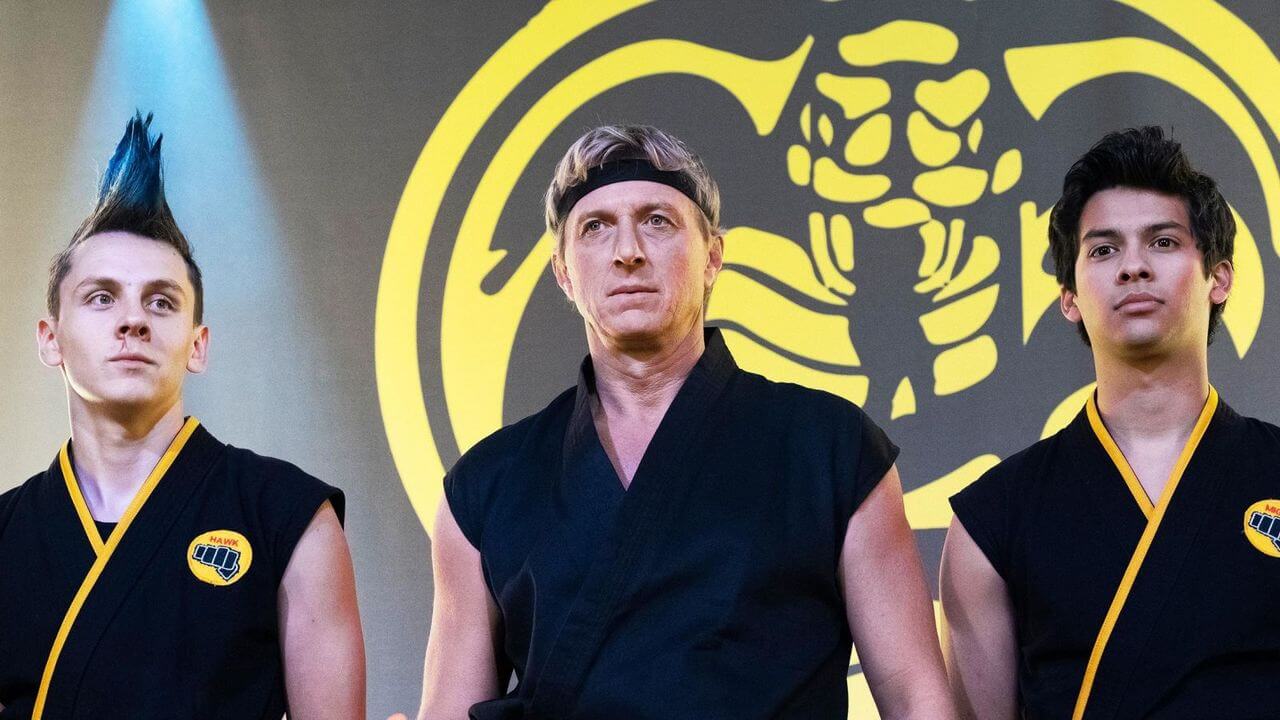 Cobra Kai is a sequel to Karate kid – An American martial with elements of drama and comedy is centered on Johny Lawrence (William Zabka), who after thirty-four years since the event of the 1984 All Valley Karate Tournament returns to seek restoration of his dignity opens a dojo center known as Cobra Kai thereby re-igniting his competition with a presently successful Daniel Lakusso (Ralph Macchio).

Reading that sneak peek will have to arouse your curiosity and bring back memories of Karate Kid. Cobra Kai portrays that theme of true strength – the ability to fail and stand up to fight. It is one thing to fail and gives up, it is another thing to fail, dust yourself, and take another chance to restore your dignity and achieve your dreams.

You may or may not like Cobra Kai but fell in love with the true strength and courage Daniel Lakusso exhibited, and you want to get more action-packed series that has to do with restoring lost glory and achieving what you desire then these five tv shows like cobra kai are for you.

Wu’s assassin is an embodiment of action, crime, drama, martial arts, supernatural fiction. It was created by John Wirth and Tony Krantz, first aired on August 8th, 2019 with a run time of 40 to 50 minutes, and set in the United States of America.

Based on an innocent chef who finds that he is the latest in the one of Wu Assassin – a supernatural title – chosen to keep the superpowers from entering the wrong hands. He sets out and takes on the triad gangs of San Francisco.

Confronting villains to keep their honor and dignity and the elements of martial arts are the traits Wu assassin and Cobra Kai have in common. Bracing up to the responsibility is one thing you will like about this series.

Think of a situation where you wake up from a slumber and you discover you possess strange abilities to defeat evil. Based on the story, Warrior Nun Areala by Ben Dunn, Warrior Nun is centered on a woman who resurrected in a mortuary with unexplainable superpowers gets caught up in a war between good and evil.

Warrior Nun was created by Simon Barry and aired on the 2nd of July, 2020 till date with a run time of 37 to 50 minutes. An action-packed series of fantasy, drama, supernatural, occult detective, and superheroic deeds.

The battle between good and evil and revenge is what one can draw out from Warrior Nun and Cobra Kai. Taking up this challenge to fight evil in a world of supernatural is one thing that will endear you to this movie.

Young as he is, he is caught up in a spiritual journey across a feudal civilization and the current ruler wants him.

Into the Badlands is an adventure of action and drama. Sunny(Daniel Wu) is a skilled warrior who trains a young boy, M.K( Aramis Knight). Badlands is ruled by tycoons and for years, Quinn had the upper hand but soon he becomes defeated by the current tycoon, the Widow( Emily Beecham) who believes that the young boy is the key to her success. As the war for who rules the Badlands gets worst, the destiny of the land and the young boy is entangled.

Into the Badlands was created by Alfred Gough and Miles Millar and premiered from November 15th, 2015 to May 6th, 2019 with a run time of 44 minutes. Fighting to defend what you love most or what is important to you is what this adventure portrays.

Restoration of lost glory is what he vowed to get and he won’t stop till he gets yet what he meets is not what he expects.

Iron fist is created by Scott Buck, loaded with action, drama, martial arts, superheroic deeds, and released from March 17th, 2017 to September 7th, 2018 with a run time of 49 to 61 minutes per episode.

Based on the Marvel comic series by Roy Thomas and Gil Kane, Iron first is centered on Dandy Rand also known as an iron fist(Finn Jones) who comes to New York City after 15 years to take back his family’s company from Harold Meachum but things didn’t go as expected but he wasn’t ready to give up.

Serving justice to those whose due and reconnection with the past are ist makes Cobra Kai and Iron first related. Not backing down from what is yours is an inspiring trait Iron fist delivered.

Young teens get into a business of uncovering people involved in crimes for little income but they have to struggle to balance their new job, relationship, and school life.

Teenage Bounty Hunters is an American teen comedy-drama, created by Kathleen Jordan and aired on August 14, 2020, with a run time of 47 to 58 minutes. This series is based on two high school teens, Sterling (Maddie Phillips) and Blair (Anjelica Bette Fellini) who incidentally get jobs exposing fugitives to earn tokens. Sterling and Blair must learn to balance their crazy jobs with school and relationships

Teenage bounty hunters was canceled after the first season but that should not stop you from enjoying the adventure. Balancing activities in the life of Sterling and Blair is one common element its shares with Cobra Kai.

With these action-packed series recommended for you, you will have no time to wonder if Cobra Kai was the only series that portrays restoration of dignity and true strength with elements of humor and drama.

Get your popcorn, get your blanket and a remote because you might not be able to move from where you are watching these series. Happy binge-watching.