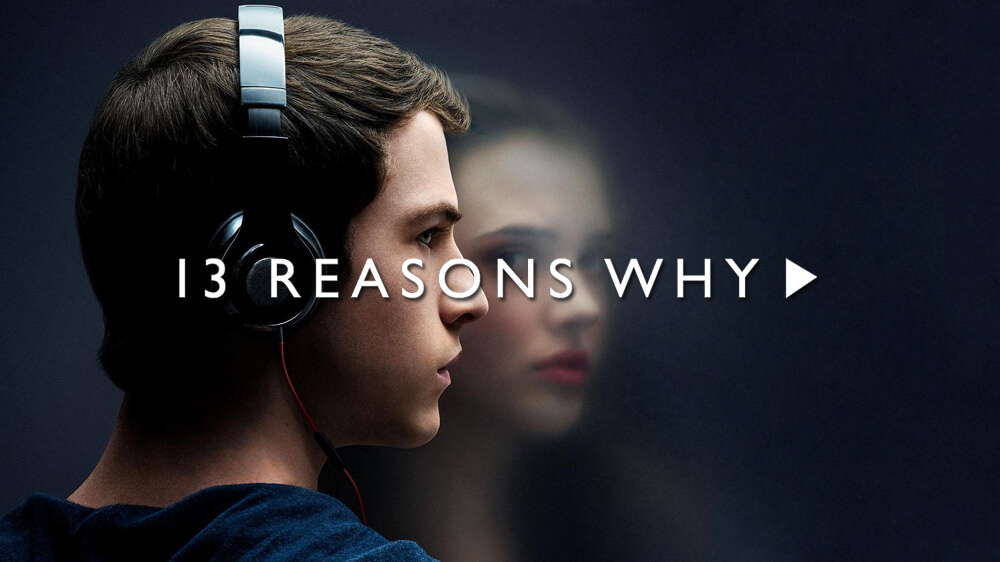 13 Reasons Why is an American teen drama streaming television series developed for Netflix by Brian Yorkey, based on the 2007 novel Thirteen Reasons Why by Jay Asher. The series revolves around a high school student and the aftermath of a classmate suicide.

A new student, Hannah ( Katherine Langford) commits suicide. Two weeks later, Clay, her classmate who was crushing on her, sees a mysterious box on his porch. Opening the box, he finds tapes of Hannah’s recordings revealing the 13 reasons why she committed suicide.

You’ll agree with me that teens drama can be thrilling. The suicide, depression, secrets, drama, family, suspense, fighting for what you think is right, friendship, relationship, death, crime, mystery, and everything that comes along. If you are searching for all these elements in a movie then take a glance at these five recommendations of tv shows like 13 reasons why.

Have you heard or read the Archie comic series? Well, this is the visual reimaging of the series. Not a bad idea to grab one of its series and read through it before starting this television series for a headstart.

Based on the characters of Archie’s comic series developed by Roberto Aguirre Sacasa, Riverdale follows the life of four teenagers of Riverdale High School. Archie Andrews (K.J Apa) is an aspiring musician and was in a short-lasting relationship with the music teacher. Betty Cooper (Lili Reinhart) is a next-door Blondie who is secretly crushing on Archie, her best friend. Jughead Jones (Cele Sprouse) is a pessimist whose friendship with Archie is not stable. Veronica Lodge (Camilla Medes) is a city girl who is a friend to Betty. Their lives are intertwined when Jason Blossom dies. There will be an uncovering of dark secrets and sinister motives.

Riverdale is an American teen drama with mystery, Opera, and crime. It was originally released on January 26th, 2017 till date with a runtime of 42 to 46 minutes. It is made of 6 seasons which totalled 97 episodes. Riverdale and 13 reasons why both featured drama and mystery.

The queen is gone. What will other bee members do? Now that their privacy is being intruded and they have been receiving messages of threats to expose the secrets that them together, including the queen bee.

Another American teen drama with mystery and crime thriller, based on a novel series of the same name by Sara Shepard. The series is focused on the lives of five teenage best friends, Aria Montgomery (Lucy Hale), Spencer Hastings (Troian Bellisario), Hanna Marin (Ashley Benson), Emily Fields (Shay Mitchell), and Allison, their queen bee who later disappears. After Allison’s disappearance, the clique falls apart. They reunited after a year and starts receiving messages from a mysterious identity named  “A” who threatens to expose their secrets only Allison knew.

Apart from the drama it featured, Pretty Little Liars in every sense of it is similar to 13 reasons why as it features mysteries and crime. The series finale was viewed by an estimated 1.41 million people.

Enjoying her perfect life until an uninvited guest shows up and threatens the life she was already enjoying.

Looks like we will be dealing with a lot of terms drama than you thought. Gossip girl is a series of teens drama based in the United States. It is based on a novel series of the same title by Cecily von Ziegesar. With 6 seasons and a total of 121 episodes, it was aired from September 19th, 2007 to December 17th, 2012 with a runtime of 39 to 44 minutes.

Developed by Josh Schwartz and Stephanie Savage, Gossip girl as narrated by an omniscient blogger (voice by Kristen Bell) is centred on the lives of rich teenagers living in Manhattan’s Upper Eastside( UES). Blair Waldorf (Leighton Meester) was enjoying her unrivalled perfect reputation as the envy of everyone in her school. But things changes when her former best friend, Sere Van see Woodsen (Blake Lively) who mysteriously vanished, appears again as a student I’m the same school to reunite with her mother, Lily (Kelly Rutherford), and also meets Dan Humphrey (Penn Badgley), an aspiring writer from Brooklyn.

The series has received numerous awards and won 18 choice awards. 13 reasons why and gossip girl both portray the hidden agenda of teenagers and bad behaviour revealed to the world.

Three different people from different places have their lives intertwined unexpectedly. They go through all odds to achieve what they want.

You guessed right! Another American teen drama based on a novel of the same name was written by Kirsten ” Kiwi” Smith and created by Amy Anderson, Emily Meyer, and Kirsten “Kiwi” Smith (the author of the novel series).

It was premiered from June 14, 2019, to August 28th, 2020 with a runtime of 21 to 30 minutes and spanned for 2 seasons which culminated in 20 episodes. Trinkets are similar to 13 reasons why because secrets are shared between people who are supposed to have nothing connecting them.

Teens’ drama will be included incomplete if the Degrassi series is not added. Every teen drama has been packed in a particular series to get it at a go.

Degrassi: Next Class is a Canadian teen drama television series and the fifth series in the Degrassi franchise created by Linda Schuyler and Kit Hood. It revolves around the lives of a new generation of students at Degrassi Community School and how they experience different high school problems ranging from racism, drug use, homophobia, mental health, cyberbullying, sexuality, religion, and lots more.

You can’t have the peak of drama if you haven’t seen any of these movies. Take a tour of the world of teenagers and enjoy the mysteries that come along. Time to binge-watch. Let’s get moving.