This is their second wager task win since the housemates were divided into two teams(The Icons and Cruisetopia) a few weeks ago.

‘The Icons’ beat out ‘Cruisetopia’, whose members except Venita are currently up for possible eviction this week (week 8) to win this week’s wager challenge.

For winning this weeks wager task, team members of “The icon” got a bonus of 20 Bet9ja coins each and left the arena with this week’s ‘Wager Trophy’.

“The Icons” have celebrated three major wins in a row in the pepper dem house and today wins makes it their second wager task win.

Meanwhile, for losing this week’s wager challenge, Biggie announced that the losing team “Cruisetopia” will be awarded a losing punishment reward. 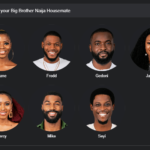 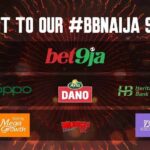