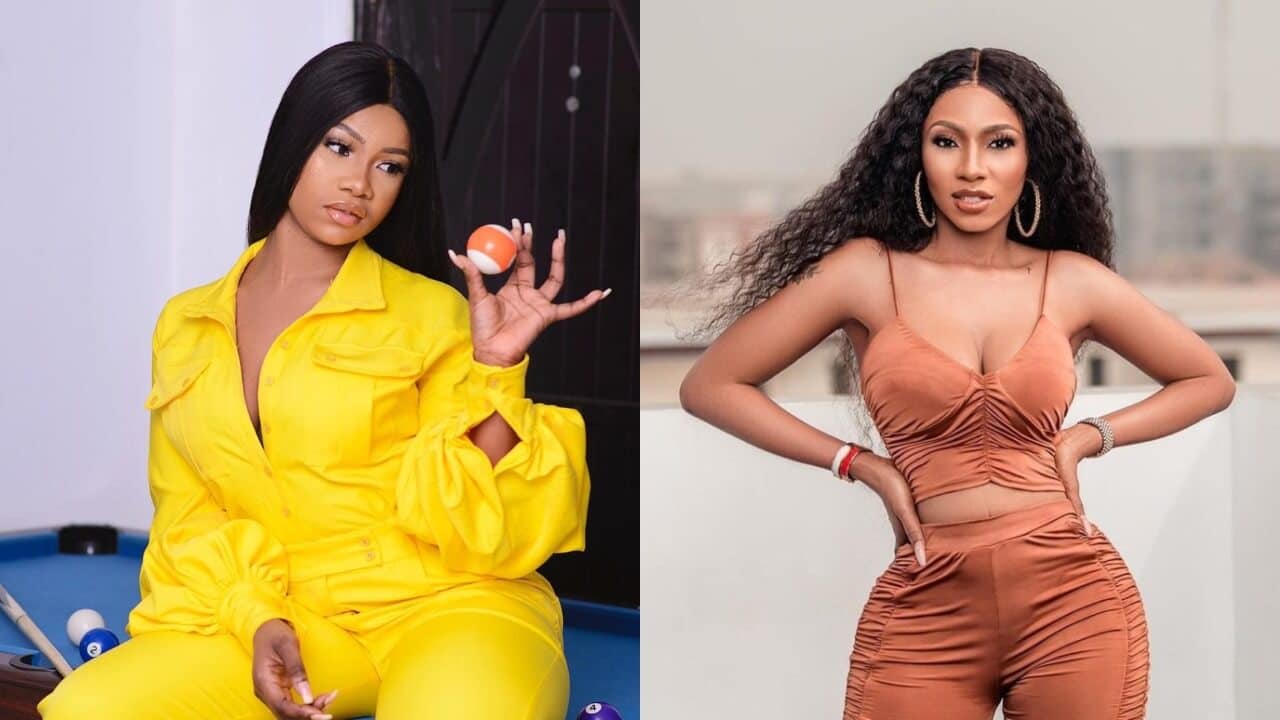 BBNaija reality Tv star, Tacha has proved in a recent post that she’s ever and everyday ready to end all feud and become a very close friend and indeed business partner of BBNaija 2019 winner Mercy Eke.

It all started after Tacha was signed as the new ambassador of digital asset company, Patricia NG on Thursday, May 7, 2020 after Mercy had earlier secured a deal with the same brand on May 5, 2020.

Tacha took to Twitter platform to tell fans and lovers that she has joined the evolutionist, Patricia NG and to make it more provable, she retweeted and as such quoted a tweet Mercy had earlier shared on that May 5.

Read Also: QUIZ: Only true Tacha fans will get 100% on this quiz

Mercy tweeted on May 5th;

“I am officially part of the evolution movement, the new face of Patricia, the biggest platform for digital asset. @PatriciaSwitch #patriciatheevolution #PatriciaXMercyEke”

Tacha then retweeted that wherever women gather referring to She and Mercy failure is impossible.

“wherever WOMEN gather together FAILURE is IMPOSSIBLE. #TachaXPatricia”

But there look to be a problem if there were to be any friendship between Rachael and Mercy and that problem is their fanbase both known as #Titans and #Mercenaries.

There are some hashtags #TachaTheShowStopper and #MercyEkeTheClout these fans used to attack each other on social after Tacha announced about her deal and quoted/retweeted Mercy’s post.

However some fans and lovers pray Tacha and Mercy advise their fans to end their steady feud and attacks, BBN will keep hands crossed to see how everything plays out in the future. Hopefully, there will be Tacha Vs Mercy friendship.