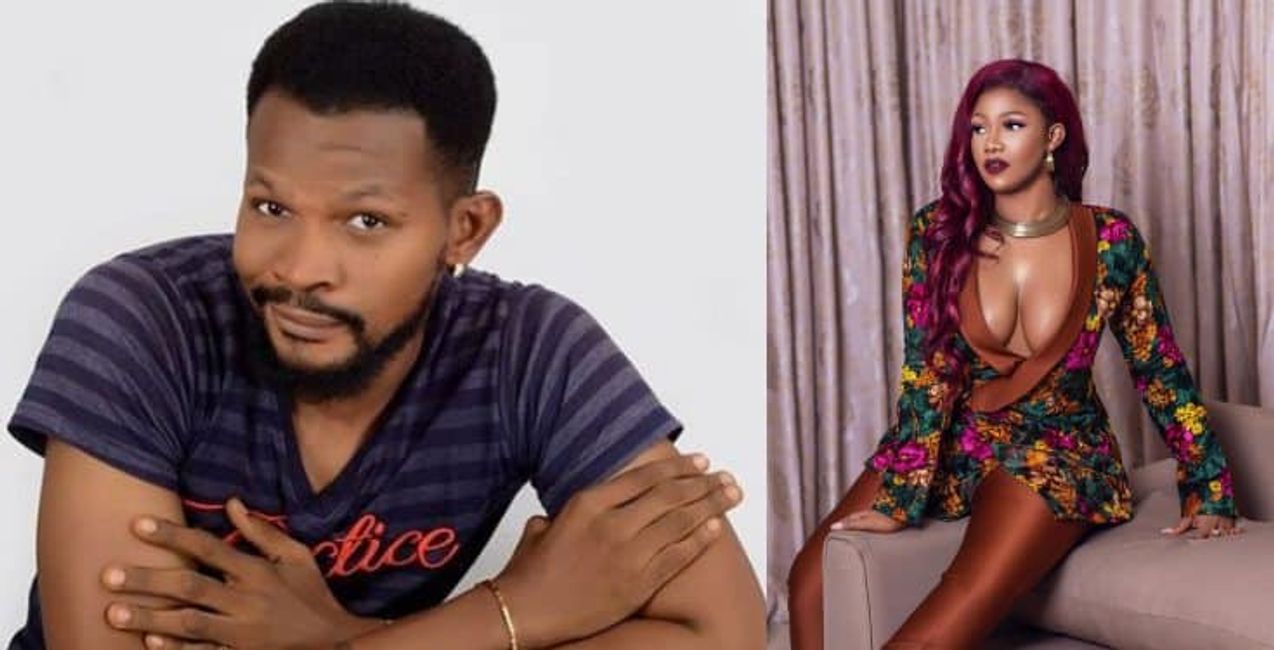 Nollywood actor, Uche Maduagwu has shown his support for former BBNaija 2019 housemate, Tacha, on social media. The actor shared a post on his Instagram page heaping praises on the reality star

He stated that Tacha is destined to marry next year, adding that the reality star is the only ex-housemate that does not fight over a man unlike others.

“Tacha is destined to marry next year, she is the only bbnaija ex-housemate that does not fight over a man. 98% of ex #bbnaija housemate fight dirty over men, some even allegedly remove their bend down select dress, and mobile plastic backside all because of fighting over someone else’s man, but you will never see #Tacha doing that nonsense because she is not a spiritual local champion like all the other ex-housemate who do such.

“In fact, Tacha’s #marriage will put haters to shame because she is destined to #marry in 2021, haters are free to write this prophecy down, I am the only popular #actor in #Nigeria that has ever gotten @chrissyteigen attention in #Hollywood, but I always wonder, why do some ex bbnaija housemate fight over men? Why cant they be responsible like Tacha.”, he wrote.