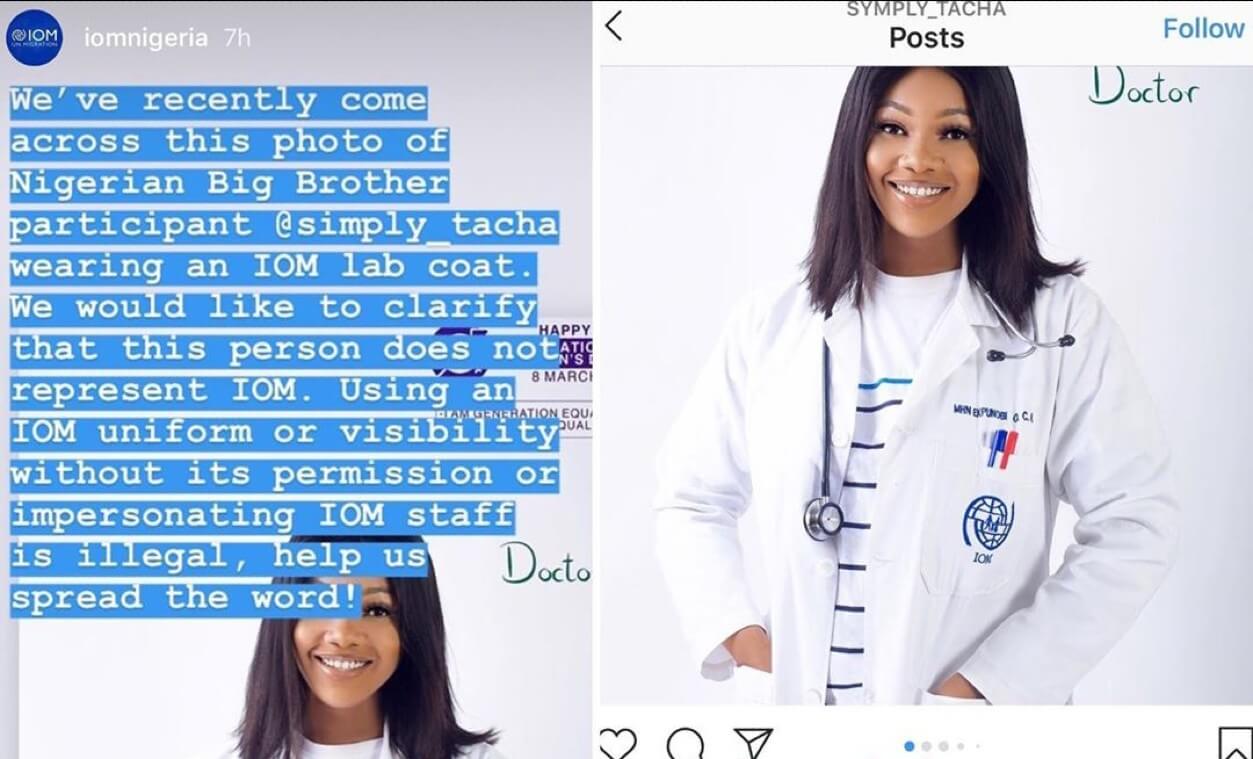 Tacha in Trouble for Impersonation

On 8th March 2020, Tacha shared a photo of herself wearing an IOM lab coat to celebrate women as the day was marked “International Women’s Day”.

According to media reports, authorities from IOM has called out the reality Tv star for posing with an IOM property without any authorization from their office.

According to them, Tacha has no right to put on an IOM lab coat since she’s not a staff of the company. As it stands, It is likely that Tacha may be fined or sued for impersonation by the company and that would affect her brand.

An image of Tacha and written statement from their handle reads:

We’ve recently come across this photo of Nigerian Big Brother participant @simply_tacha wearing an IOM lab coat. We would like to clarify that this person does not represent IOM. Using an IOM uniform or visibility without its permission or impersonating IOM staff is illegal, help us spread the world!