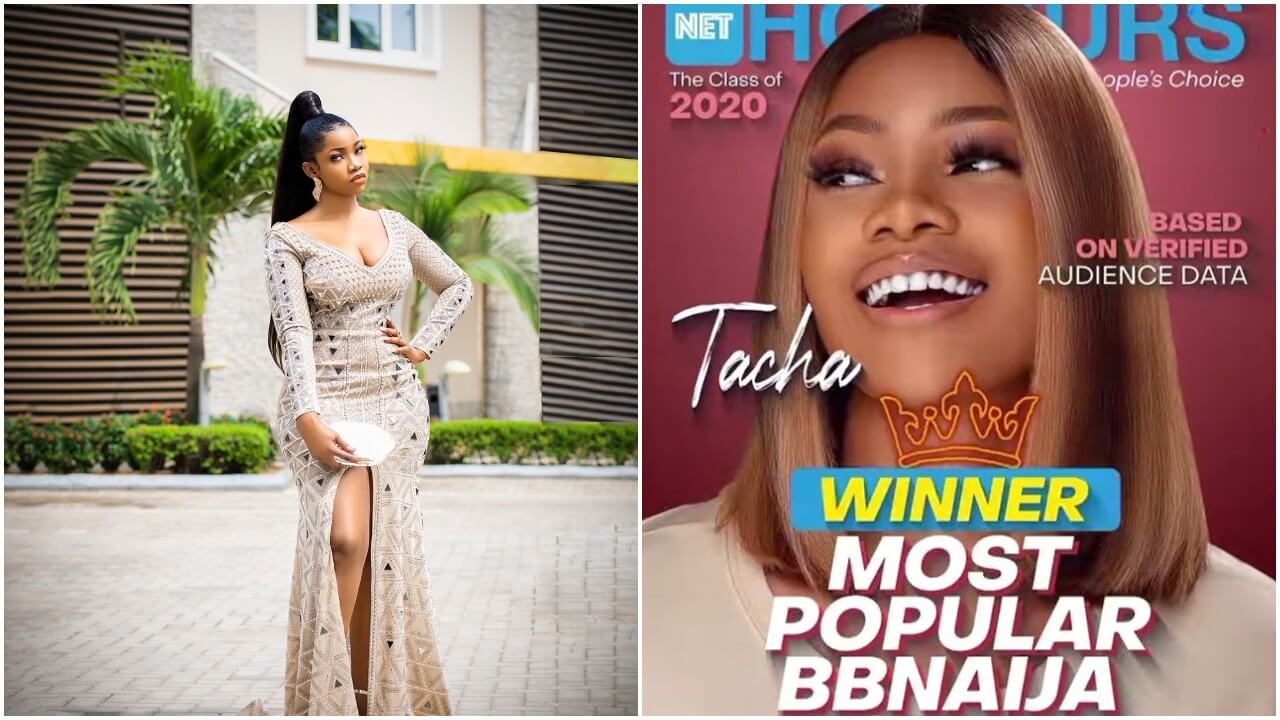 The beautiful entrepreneur who was disqualified from the show for flouting the rules after a physical altercation with fellow housemates beats out Mercy Eke, winner of the season, Mike Edwards, runner up, Seyi Awolowo for NET Honours ‘Most Popular BB Naija Star’ award.

NET Honours celebrates The People’s Choice — recognizing individuals and events that have shaped pop culture in the year under review.

Every year, a new flock of celebrities are created from the show with a strong fanbase, but the 2019 edition of the show was its biggest season.

Following a controversial exit from the Big Brother Naija house, to her continued appearances in the media, brand endorsements, and an ever increasing audience interest, Tacha with her Titans fanbase with no doubt deserved the award.