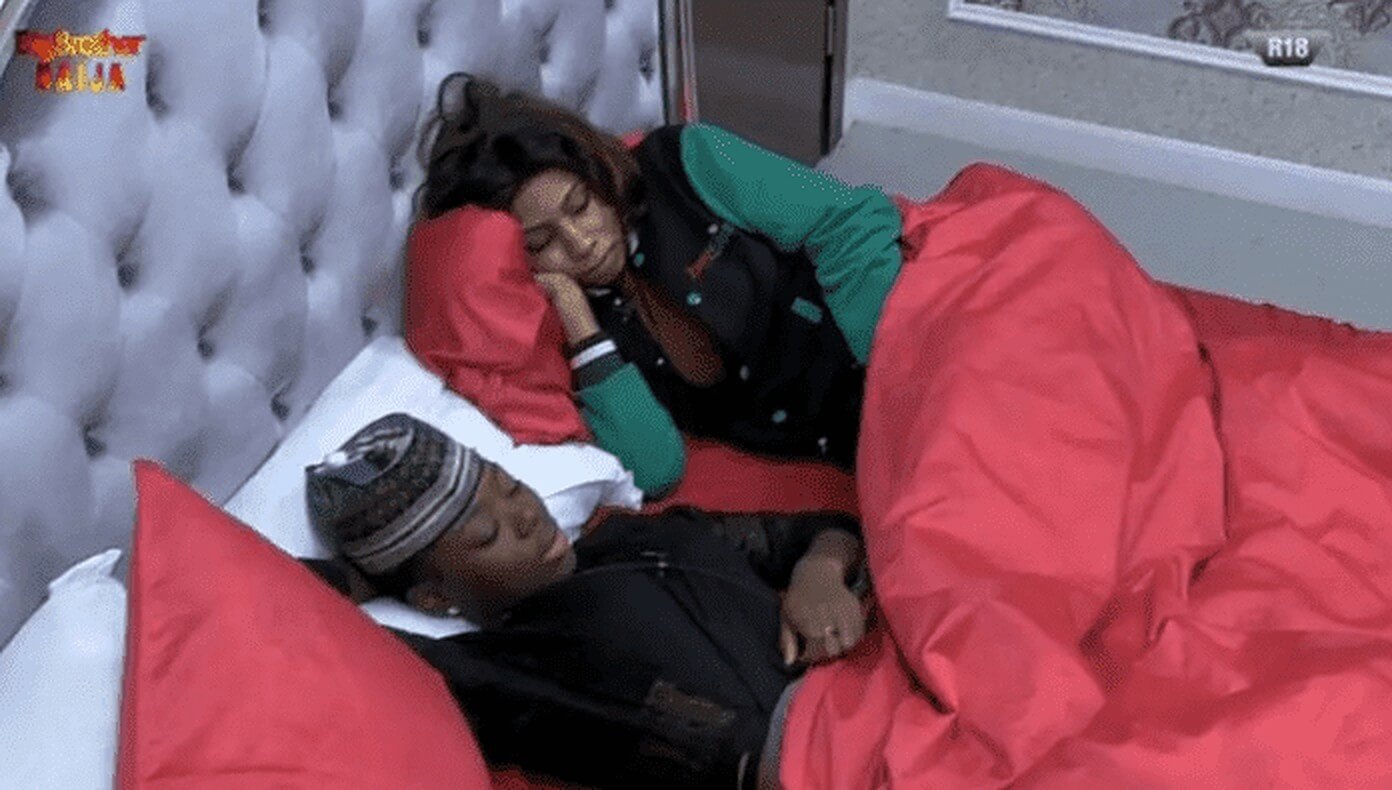 Recall the duo had a bitter clash on Friday while the housemates were having a meeting.

Mercy went on to reveal that the Instagram sensation has body and mouth odour, also stating that she only bathes once during her menstrual period.

Tacha, on the other hand, was seen applying perfume after the curvy video vixen’s shocking revelation.

In a new video, Mercy and Diane were in the garden having a conversation when the former called her fellow housemate a smelling pig and the latter cautioned her to stop, so people won’t know.

2 thoughts on ““We Are On TV, Stop Saying Tacha Smells So Everyone Won’t Know” – Diane Cautions Mercy (Video)”