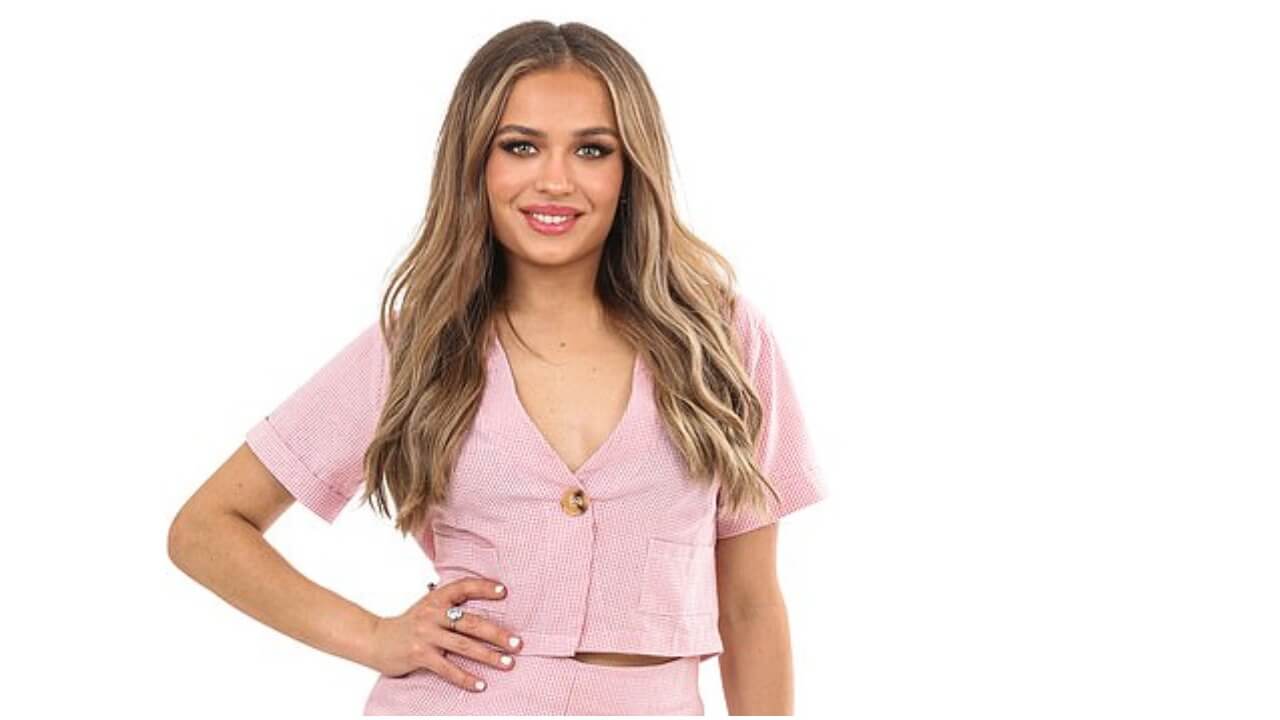 Sophie Budack was that endearing and charming young lady who appeared as a housemate and left as a runner-up on the 12th edition of Big Brother Australia in 2020.

Charming and beautiful Sophie Budack was a 26-year-old former champion Gymnast from Dariun, NT. Born In Germany on the 4th of July 1994, Sophie was an athlete who made Australian Olympic team when she was 18.

Sadly, her Olympic dream was shattered when she had a back injury that saw the end of her career and she was advised to lay low.

Sophie branched into car sport in 2017, she won the title of the Supercar and was made an ambassador of the sport.

Sophie Budack was pumped into the limelight again as she was selected to appear as a housemate on the 12th edition of the Big Brother Australia show.

When speaking about Chad at a post show interview, Sophie mentioned that, “I’ve always been a show pony and I love being the centre of attraction, being with Chad will make me one”. She also went on to reveal that their relationship was not just for the show. The duo see the possibility of a lifetime affair since they both connected well.

After the Show, Sophie and Chad settled down in Sydney and was seen enjoying their love life. Sophie Buddack is very active on Twitter and Instagram.