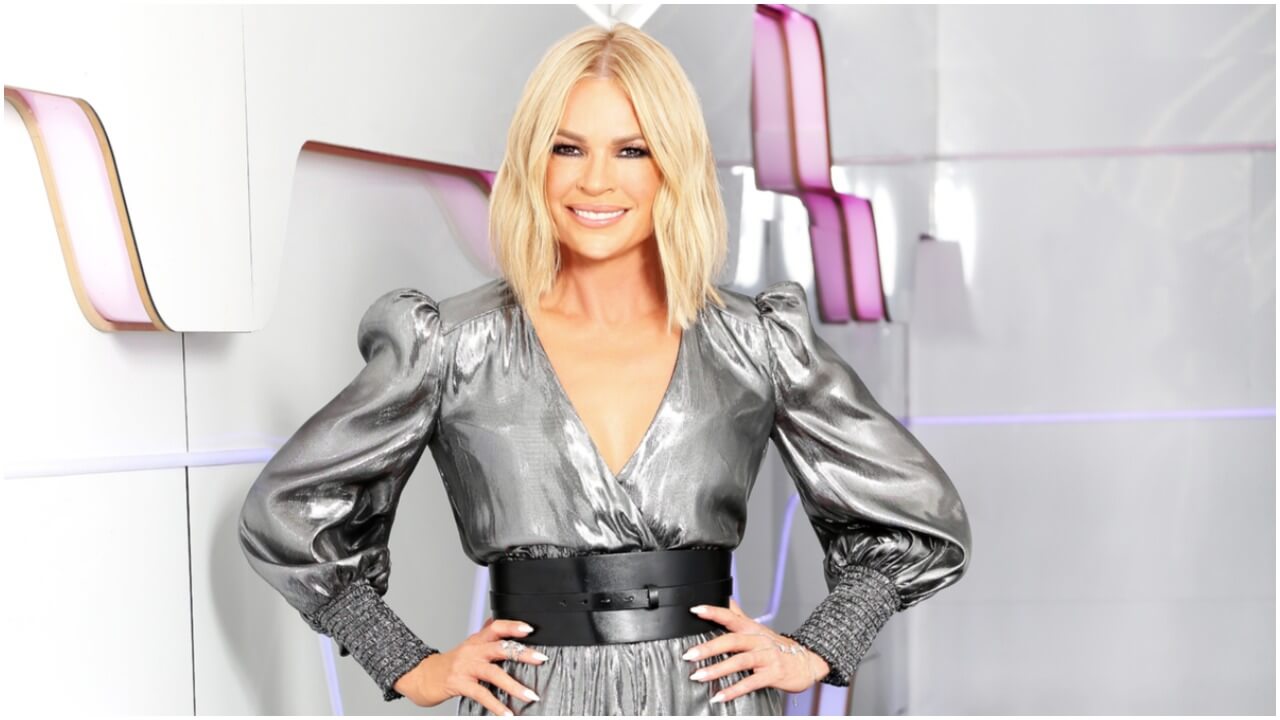 When we talk of the Creme de la Creme of TV Entertainment in Australia, no doubt Sonia Kruger is an empire to reckon with. Right since her debut appearance as Tina Sparkle in the 1992 series, Strictly Ballroom, Sonia has constantly been in Australian faces to date making her a household name.

Who then is this legendary Australian TV presenter and media personality, Sonia Kruger? Let’s take a look at what makes up Sonia Kruger’s life in stages.

Sonia Melissa Kruger the Australian tv host and radio personality was born to an Australian family on the 28th of August, 1965 Toowoomba in Queensland and she’s 55 years old (2021).

She attended Beenleigh State High School and proceeded to obtain a degree in Arts from the University of Technology, Sydney. For a time, Sonia was into teaching as she taught Dance at the National Institute of Dramatic Art in Sydney (NDA).

It will always sound funny whenever the new-age kids discuss Sonia Kruger just from Big Brother Australia and Today’s Extra. The Adults know that Sonia has been around and has been winning since the 90s.

Her debut appearance was in the popular 1992 series titled Strictly Ballroom where Sonia was cast as Tina Sparkle. She effortlessly killed her roles and this began the beginner’s magic for Sonia. The next time Sonia appeared on TV, she was the Presenter of the Children’s variety show, Wonderworld on the Nine Network. Alongside that, she was appointed as an entertainment reporter for Seven Network as well.

Sonia moved on the Ladder at Seven Network and she went on to join Daryl Somers and Daniel MacPherson to Co-host the popular reality dance competition, Dancing With the Stars. She did this for 11 years effectively and along the line in 2008, Sonia topped the ladder again and was made the host of the Seven Network Makeover Reality Show, 10 Years Younger in 10 Days.

Just as when Australia was still having the pleasure of seeing Sonia on their screen for Seven Network, Sonia surprised everyone when she started her own Daytime Talk Mornings show with David Campbell in 2011. The show flourished and it was rebranded into Today Extra.

Big Brother Australia was rebranded and it premiered in November 2012 as the 9th edition of the most popular Reality TV Show. The same night, Sonia Kruger was announced as the host of the show and since she commenced, Australia has not had enough.

In 2015, Sonia went ahead to also become a judge on The Voice Australia; an Australian singing competition television series.

In 2017, Sonia was made the Co-host of Vision Australia’s Carols by Candlelight. Sonia resigned from Nine Network in 2019 and the CEO of Seven Network announced that Sonia is now fully on board at the Channel and she was to be a judge on the Australian Got Talent series and also a judge on the spinoff.

In 2020, Seven Network announced that Sonia Kruger will host a revival of Big Brother. She is said to be the host for the year 2021’s The Voice Australia and Big Brother. From all that i’ve been pointed out, we can agree that Sonia had been able to craft her space in the Australian TV Entertainment industry.

Sonia has been up and down when it comes to marriage. I guess being a celebrity has its way of always catching up with one. Of Most respected Celebrities, Sonia Kruger made the list. She has a hold of it all when it comes to career and Marriage.

Twice, Sonia had been dragged into Racist based controversies. The most popular and Controversial of it all was her comment on one of her appearances on Today Extra when she called for a complete ban on Muslims entering Australia. She was sued to courts by some folks and the case was eventually struck out of court.

In 2002, Sonia got married to James David, a Banker and sadly, the marriage ended in 2008. After the whole process of separation was completed, Sonia Kruger began to see her current lover and husband, Craig McPherson who happens to be the Executive Producer of the show, Today Tonight.

Their marriage also had its good times and trying times. The couple was reported to have been trying out different ways to conceive and after a long while, Sonia conceived through IVF. and she gave birth to a beautiful daughter Maggie, in January 2015.

Sonia Kruger’s Net Worth: Sonia Kruger is an Australian television presenter & Big Brother Australia Host who has been a prominent figure in the media for over 20 years. As of 2021, Sonia Kruger has an estimated net worth of $8 Million.

Q – It’s been 21 years since the first ever Big Brother launched in Australia. How is Big Brother planning to celebrate this milestone birthday?

I had a very low-key backyard party with friends and family. I remember thinking I was officially a grown-up. I’m still waiting for that to happen.

Q – What can we expect from the upcoming season of Big Brother?

What can I expect? I’ve learnt to expect the unexpected with Big Brother. The minute you think you have him pegged; he’ll flip the game on its head.

Q – What advice would you give to housemates upon entering the house?

For the original housemates like Reggie, my advice is to throw out everything you thought you knew about Big Brother. It’s about finding true alliances in the house and playing your cards close to your chest. It’s a lot more than a popularity contest now.

Q – How do you think you’d fare as a Big Brother housemate?

I’ve seen some of the best play Big Brother’s game and many of them are returning this series. I think it’s safe to say I wouldn’t stand a chance.

Q – Some of the previous housemates are returning this season. What advantage do you think they will have over the new housemates?

The original housemates have already experienced the emotional highs and the brutal lows of living in Big Brother’s house. Their past involvement as housemates gives them a higher EQ when it comes to surviving in the game.

Q – And what’s the disadvantage of being a returning housemate?

The royalty will have a target on their backs from the minute they show up. They will naturally be viewed as massive threats by the newbies.

I adore them all for different reasons. What’s not to love! We got to know them in their original seasons and now we get to hang out with them all again. I can’t wait!

Q – For the first time, the nominated housemates will get a second chance to save themselves by competing in a physical challenge. Do you think physically weak housemates will be disadvantaged?

Not necessarily. The challenges are not purely physical. There are problem solving and endurance aspects that require a lot of mental fortitude.

Q – What are the qualities housemates need to go far in this competition?

Q – If you were to go in the house, what’s one thing you’ll miss the most?

Q – You’ll be helping Big Brother by delving into the strategies and motives of the housemates. What’s your approach this season?

I’m there to unpack what’s been going on in an open forum with the housemates. It’s a place where we can get to the truth and people can speak their mind. The evictions are now or never moment so expect to see some robust discussions take place.

Q – Australia will decide whether a new or returning housemate wins Big Brother and $250,000 in a live Grand Final. Do you have any advice?

Our audience knows exactly how to play the game. They will choose the ultimate winner and they don’t need any advice from me.