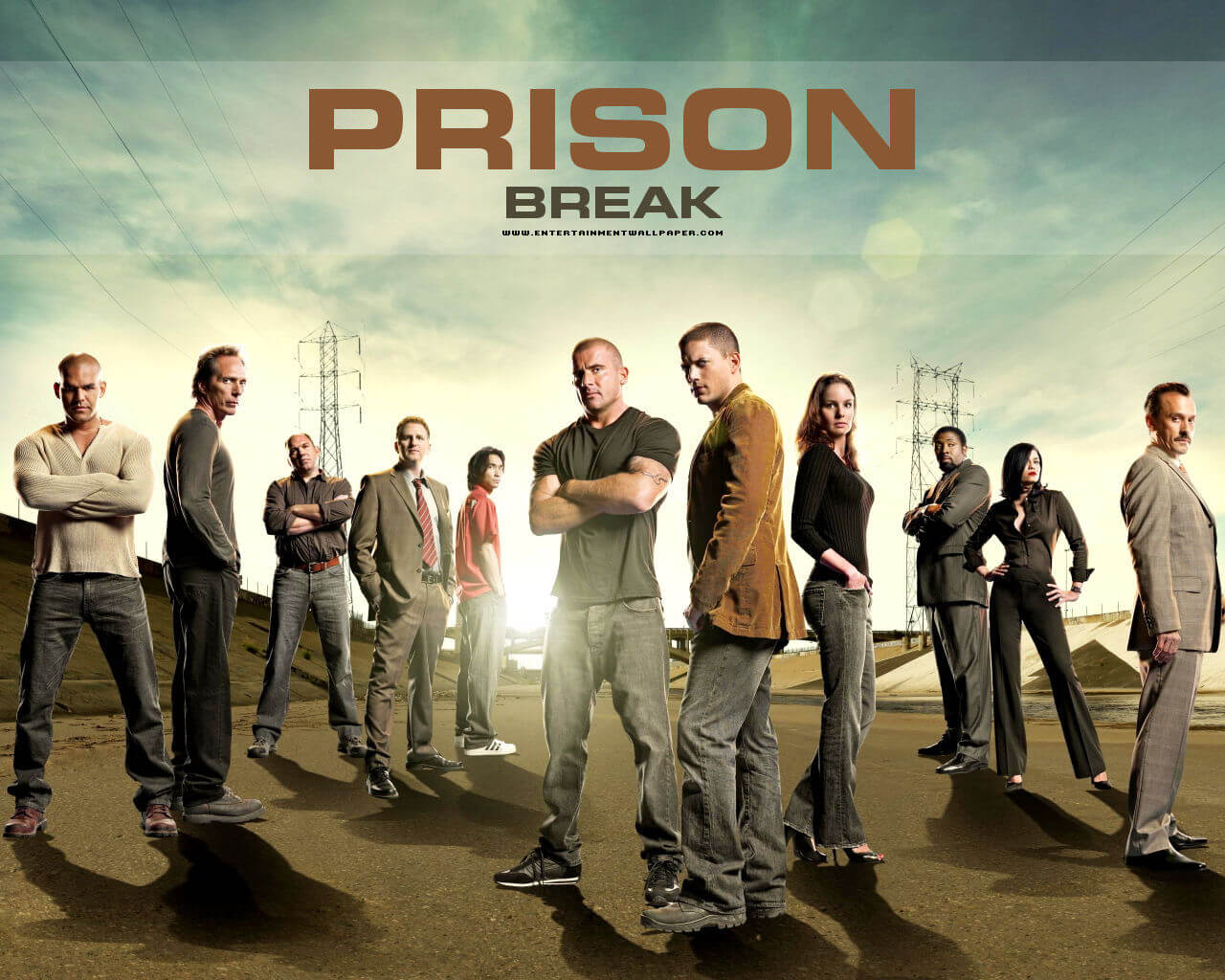 Prison Break is an American television series created by Paul Scheuring and premiered on the Fox Network on August 29, 2005. The story revolves around two brothers, Lincoln Burrows (Dominic Purcell) and Michael Scofield (Wentworth Miller); Burrows was sentenced to death for a crime he did not commit, and his brother Scofield devises an elaborate plan to help his brother escape prison and clear his name

Accused of a crime he didn’t commit, a convict brother who is an engineer installs himself in a prison he helped design, in order to save his falsely accused brother from a death sentence.

If you are looking for tv shows with no superpowers, just brains to achieve a feat, then these five tv shows like prison break will be a perfect watch for you.

In a bid to save his family from future crises, a man undertakes the fastest way but wrong.

Breaking bad is an American Neo-Western series with serial drama, crime drama, thriller, black comedy, and tragedy elements. Created by Vince Gilligan, the series is made up of five seasons with a total of 62 episodes and premiered from January 20, 2008, to September 29, 2013, with its run time of 43 to 60 minutes.

Set in Albuquerque, New Mexico, breaking bad tells a story of an undervalued chemistry teacher, Walter White (Bryan Cranston), who lives with his wife (Anna Gunn) and their teenage son (RJ Mitte), who has cerebral palsy. Walter was diagnosed with stage three lung cancer and given a prognosis of two years to live.

He decides to go into the business of making and selling methamphetamine to repay his medical debts and secure a promising future for his family, but all these when he partners with his former student, Jesse Pinkman (Aaron Paul). Walter turns from a responsible mild family man to a fearless baron of a drug cartel.

Giving a chance to free to prisoners just to find other escaped prisoners. Breakout Kings is one of those series that can be regarded as a look-alike of Prison Break as it features the elements of drama, action, crime, and thriller shared in both series.

Breakout Kings, created by Nick Santora and Matt Olmstead, is an American-based drama series with action, crime, and thriller elements. It was aired from March 6, 2011, to April 29, 2012, with a run time of 43 minutes per episode.

The two seasoned series follows a squad of marshals who partner with current convicts to catch prisoners who escaped with the promise of having the sentences of the current convicts reduced and transferred into a prison of minimal security. But if, at some point, one of the convicts plans to escape or do escape, the convicts will be brought to their original prisons and have their sentences doubled.

The series was the most viewed original drama series in A and E’s history. A and E later canceled the series on May 17, 2012.

Banshee is an action-packed crime thrilling drama created by Jonathan Trooper and David Schickler. Consisting of four seasons with a total of 38 episodes, it was aired from January 11, 2013, to May 20, 2016, with a run time of 43 to 59 minutes per episode.

Banshee is set in a small town – Banshee – in Pennsylvania, Amish Country. The protagonist, an ex-convict(Anthony Starr), assumes the identity of the murdered sheriff of the town, Lucas Hood, to escape from the hand of a powerful crime Lord, Rabbit (Ben Cross).

Struggling with his new identity and trying to reconcile with his former lover, Rabbit’s daughter, Anastasia (Duane Milicevic) who has also assumed a married woman identity, Carrie Hopewell, he discovers that it will not be easy for him to stop his criminal activities.

Apart from actions, crime, prison, thriller, convicts, and drama that it shares with the prison break, it also shared the fact that the main character in the movie was motivated to avenge and take care of unfinished business.

Wentworth is a television drama set in Australia. It is also known as ‘Wentworth Prison’, ‘Wentworth: Redemption,’ ‘Wentworth: The Final Sentence’. It initially premiered from May 1, 2013, to October 26, 2021 with a run time of 60 minutes per episode. It was created by Lara Radulovich, David Hannam, and Reg Watson with eight seasons which culminating in 100 episodes.

The drama series is centered on Bea Smith(Danielle Cormack), who was accused and charged with the murder attempt of her abusive husband. She is traumatized by the abuse of her husband and becomes vulnerable. Franky Doyle (Nicole day Silva) uses Bea’s vulnerability to her advantage by making Bea do all her dirty works. Bea survives everything in prison and eventually becomes the head of the organization.

Unlike Prison Break, it doesn’t feature breaking out of prison but features prison, the activities of the prison, and the ordeals one has to face in prison that make it similar to a prison break.

La casa del Papel, meaning The House Of Paper, is a Spanish thrilling heist crime drama. Created by Alex Pina, the series is made up of 3 seasons, five parts which amounted to 36 episodes and aired on May 2, 2017, till date with 67 to 77 minutes (Antenna 3) or 41 to 61 minutes (Netflix) per episode.

The series follows the action of a criminal ‘brain’, The Professor (Alvaro Morte) who plans the biggest heist to be recorded in history – one on the Royal Mint of Spain and another on the Bank of Spain. He is joined by eight people with special abilities as the time gets closer, the thieves prepare for a showdown with the police.

These five tv shows like prison break should satisfy your hunger for prisons and crimes. What is stopping you? You can start binge-watching right now.