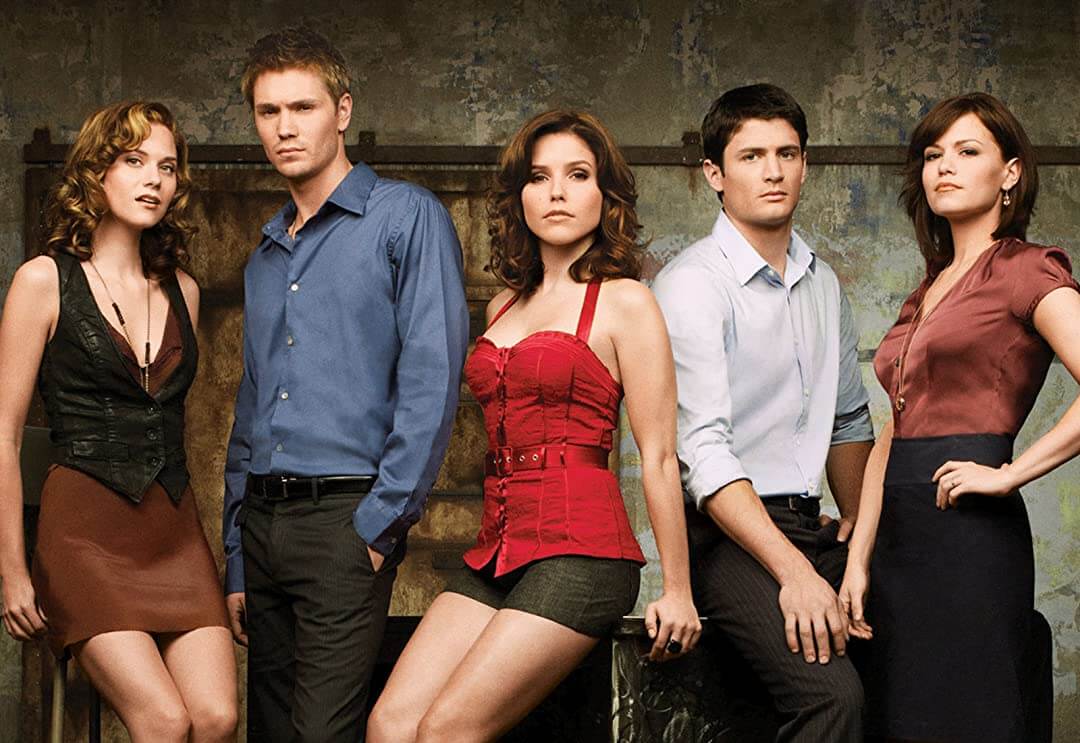 One Tree Hill is an American drama television series created by Mark Schwahn, which premiered on September 23, 2003. The show ran for nine seasons and had a devoted following of viewers who repeatedly watched and rewatched the episodes.

In the small town of Tree Hill, North Carolina, Lucas Scott( Chad Michael Murray) and his half-brother Nathan Scott (James Lafferty) try to balance their lives and their love for basketball.

Despite its long absence from television, One Tree Hill continues to be a fan favorite thanks to its compelling characters, plotlines, and the fact that it didn’t shy away from serious issues just because its cast was young.

Are you looking for a series to binge-watch? Do you want tv shows with the same elements of One Tree Hill as you can’t seem to get the movie off your mind? Then check out these five tv shows like One Tree Hill you should watch.

Set in America, Gilmore girls is a comedy-drama that follows the life of a single mom, Lorelei Gilmore (Lauren Graham) who shares a close-knitted relationship with her teenage daughter Rory Gilmore (Alexis Bledel) but the relationship she shares with her mother is the opposite.

It is followed by girls: A Year in the life. Just in case you enjoyed it and you believe it didn’t give a satisfactory end, you can see it follow-up series. Gilmore girls have received acclaim for their ability to mix humor and drama. It has also been cited as one of the 100 greatest television shows of all time in the T.V. (the book) and Time magazine.

Like One tree hill, Gilmore girls have a lot of exciting characters and deal with subjects like sex and cheating.

If it was the sports in One Tree Hill that attracted you. Here is another pick. With no sponsorship, a high school football team is determined to achieve its goal. If you love sport, take a look at this.

Set in America, Friday Night Lights is a sports, teens, and family drama, a 3 in 1 drama-packed series. It is based on a 1990 nonfiction book by H.G Bissinger and developed into a television series by Peter Berg.

Spanning across five seasons with a total of 76 episodes, it was aired from October 3, 2006, to February 9, 2011, with a runtime of 43 minutes per episode. Friday Night Lights has won many awards, including Peabody awards, Humanistic prizes, Television Critics Association Award, and Primetime Emmy Award.

Battling with the challenges of raising and maintaining a stable extended family. Teens and family drama? Parenthood is the call.

Parenthood is an American family serial comedy-drama based on a novel series of the same title by Ron Howard. It was developed by Jason Katims, spans six seasons with a total of 103 episodes, and was aired from March 2, 2010, to January 29, 2015, with a runtime of 43 minutes per episode.

Parenthood is centered on the lives of the Braverman family consisting of the parents, Adam Braverman (Peter Krause) and Sarah Braverman (Lauren Graham), their four children, and the families of each of them. It features the challenges faced in marriage, raising teenage kids and younger ones, and the need to be there for each other when needed.

The series has earned several nominations, including the One Vision award, Critics Choice Television Award, two Television Academy Honours awards, four Young Artist awards, and three Entertainment Industry Council PRISM awards. Parenthood features serious issues of different levels of human life (both the young and old) and uses so many characters just like one hill away.

From a home without care and love to a home of strict and rigid rules. How does a teenager adapt to the teenage hormones flowing through his body?

O.C. is an acronym for Orange County, where the series is based. O.C. is an American teen drama created by Josh Schwartz.

The story is focused on a teenager, Ryan Atwood (Ben McKenzie), who comes from a broken home and is adopted by an influential couple in the town Sandy (Peter Gallagher) and Kirsten Cohen. Together with his foster brother, Seth, a socially awkward teenager, they try to deal with life in the wealthy world, especially when there is a clashing of cultures.

The series spanned four seasons with a total of 92 episodes and was premiered from August 5, 2003, to February 22, 2007. Although not regarded as a family drama, the O.C. does have the element. It features everything teenagers have to go through in and out of the family.

It has been a long time you saw a teen drama with a sprinkle of romance. Try Dawson’s creek, where love and drama are at a point and both are balanced.

The story features two childhood best friends, Dawson Leery (James Van See Beek) and Joey Potter (Katie Holmes), who is his best friend and his love interest. The series takes them through the life of teenagers together, where their friendship will be put to the test when both get involved with different people.

Apart from being based on romance and One tree hill based on sports, both share other things in common. Dawson’s Creek is another teen drama-packed series to binge-watch. Get seated; it will surely be a short ride but a long adventure.