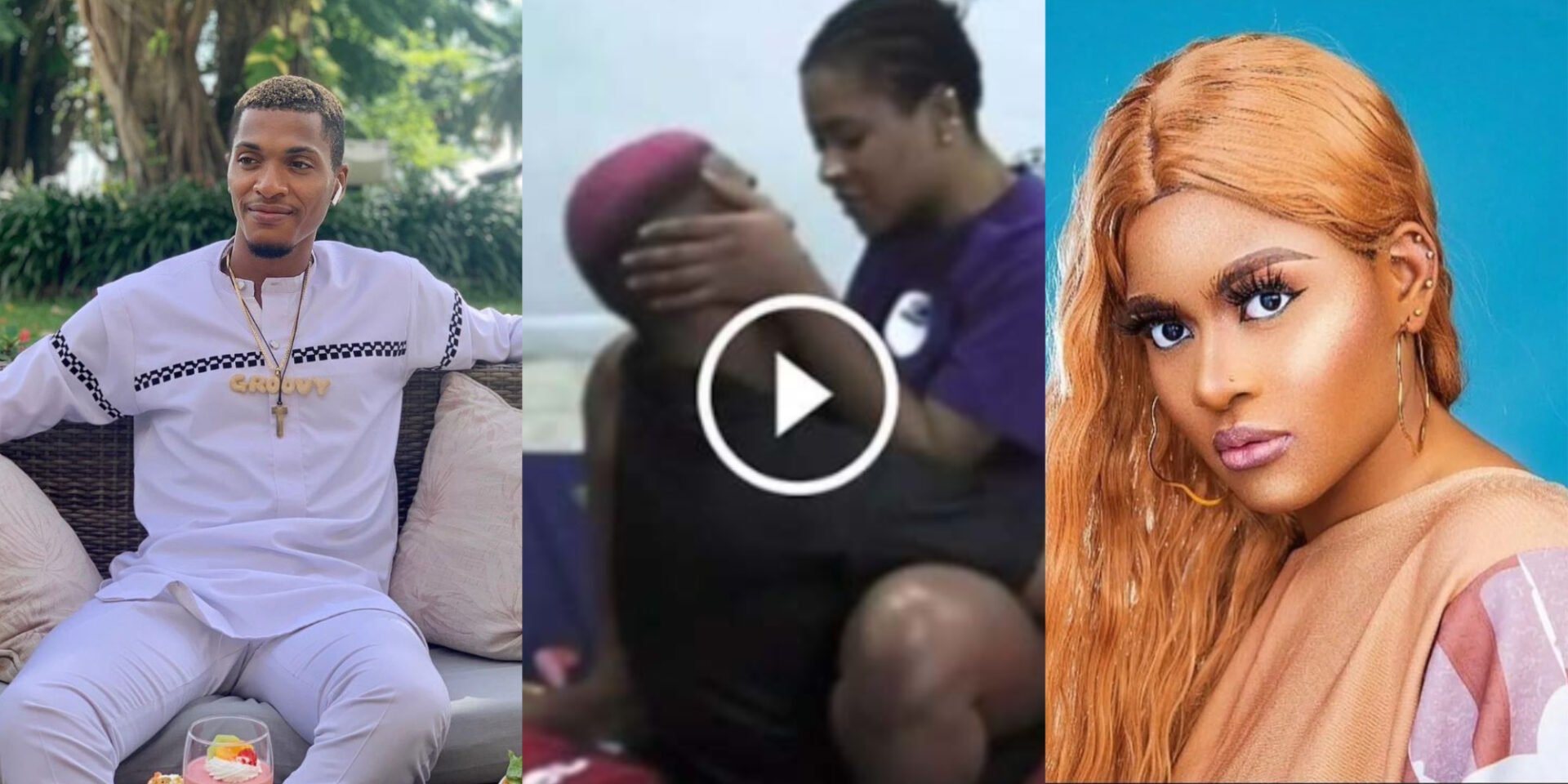 “This love sweet o” – Reactions as Phyna and Groovy lock lips as they settle their gbas gbos. Many people worry about Phyna and Groovy’s relationship since some think it’s not real. Recently, Phyna confessed that Groovy frequently ignores her and isn’t particularly fond of saying “I love you” to her. This suggests that Phyna is worried about her relationship with Groovy.

Groovy was pleading, and Phyna said that Groovy doesn’t like her and that she is fooling herself into thinking he loves her. She also counseled Groovy to seek out the girl he loved when they attempted to break up.

But more recently, we witnessed them both sharing a passionate kiss to end their arguments.

People have begun to question what love is as a result of this. Some claimed they wouldn’t ever get involved in a couple’s problems.