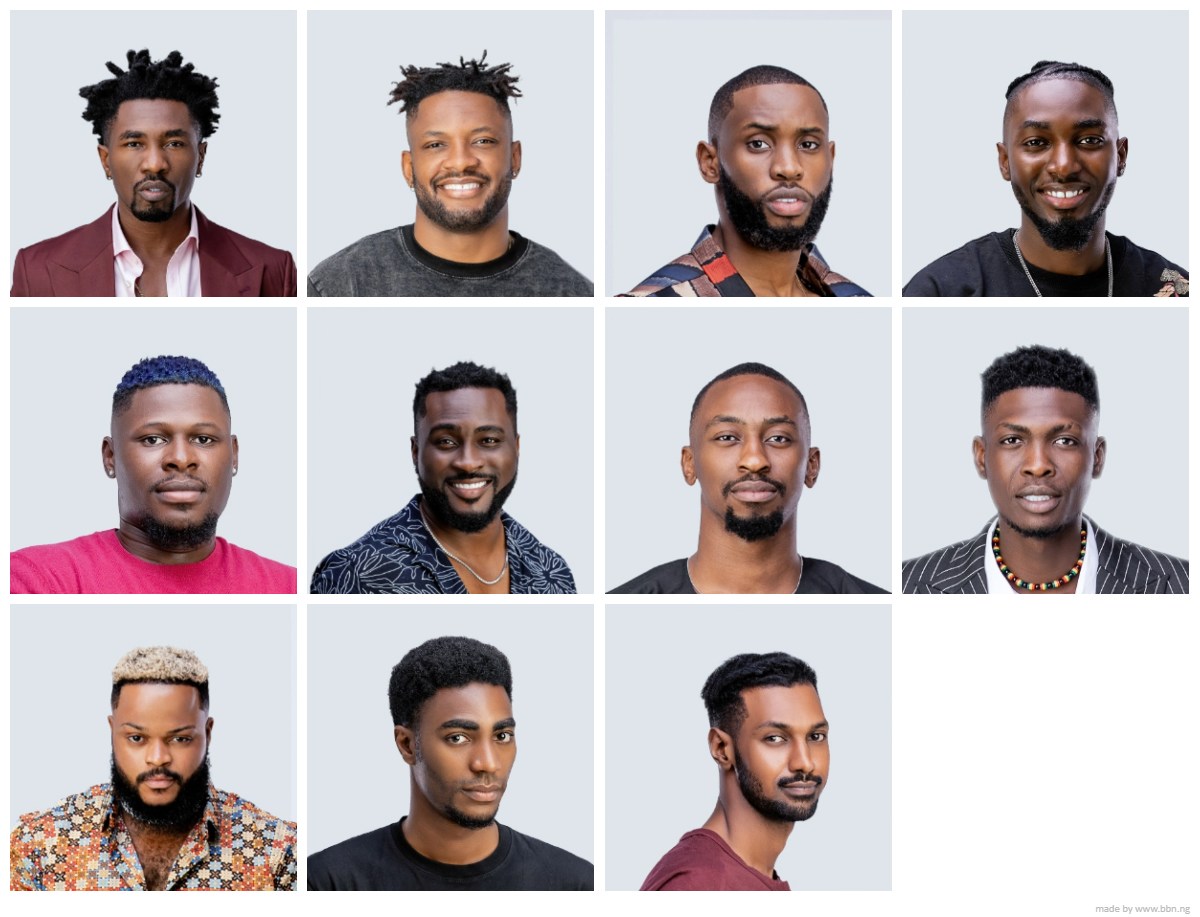 Big Brother Naija Season 6 Show themed “Shine Ya Eye” features 11 gentlemen all participating to win the ultimate grand prize of N90 million. The highly anticipated Big Brother Naija reality tv show which premiered via a double launch show on the 24th & 25th of July saw the introduction of 11 Male housemates. Let’s get to meet the housemates and take a look at their profiles.

Here are the 11 BBNaija Season 6 Male housemates that were introduced into the Big Brother house on Saturday night. 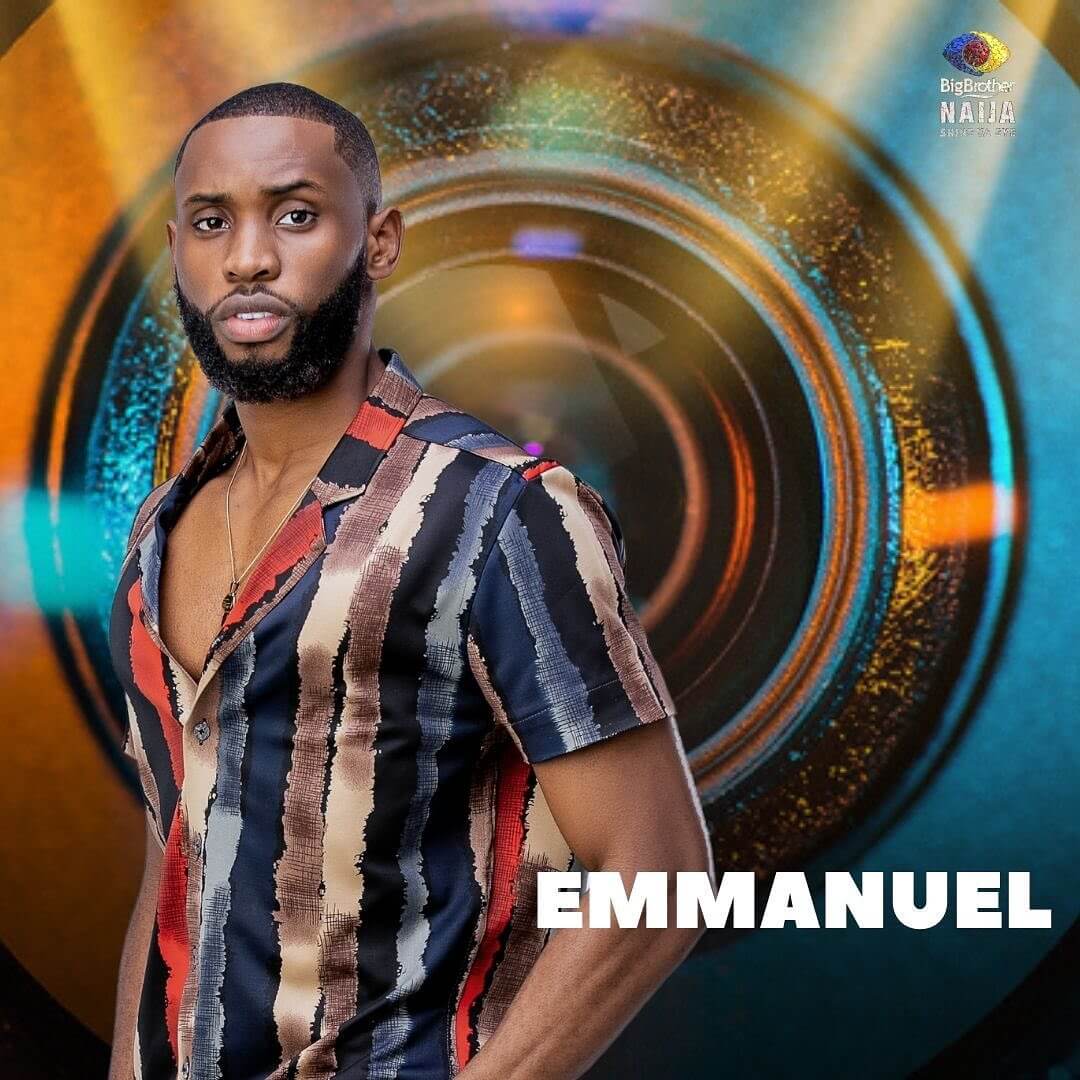 The first Nigerian to win the Mister Africa pageant, Emmanuel hails from Akwa Ibom, but currently resides in Port Harcourt, Rivers State, where owns and runs a fitness centre and a unisex salon and spa.

A self-described risk taker, this 24-year-old loves to travel, connect with people and try out new and unique ideas. Emmanuel is a risk-taker who believes in making the best of every opportunity and he counts his physical and social attributes as advantages that garner him a lot of attention.

Currently single, he describes himself as a “sucker for love” and believes “a healthy relationship goes a long way to building one’s life”. 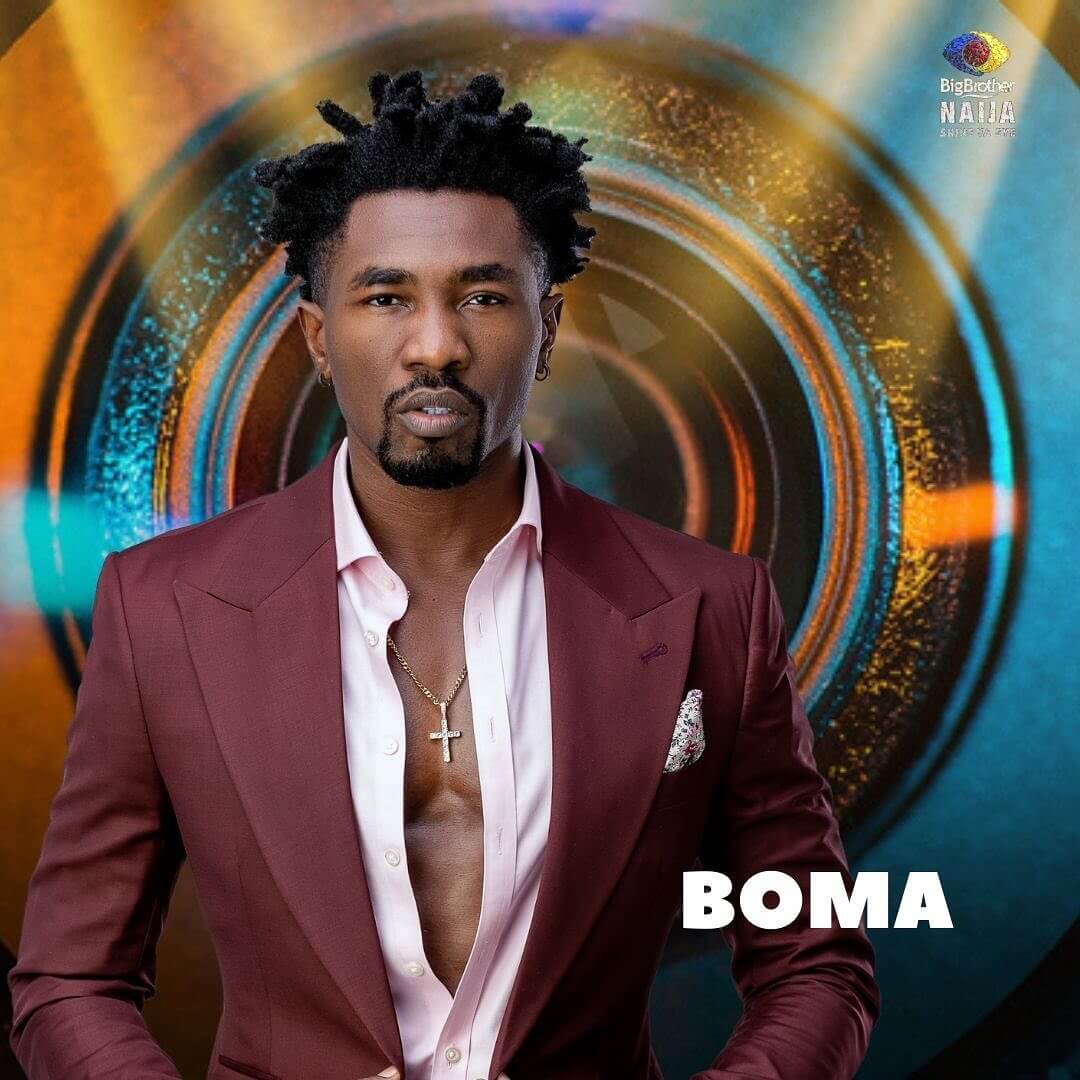 Raised by his single mother and grandmother, 34-year-old Boma grew up on the streets of Yaba in Lagos. He describes his childhood as “extremely tough”, having had to pay his way through school. One of the hardest decisions he had to make was to drop out in his final year, as he couldn’t make ends meet, but his life’s high point came when he saved enough money to pay for film school, an achievement that was subsequently eclipsed by his graduation.

Boma describes himself as “sexy, intelligent, adventurous, strong and fit”, and considers himself “extraordinary” While hustling on his acting career, he makes ends meet by working as a bartender by night, and a masseuse by day.

Having suffered bouts of depression after his marriage failed and after suffering an injury during football try-outs, he is determined “never, ever, to give up” and holds onto his faith. 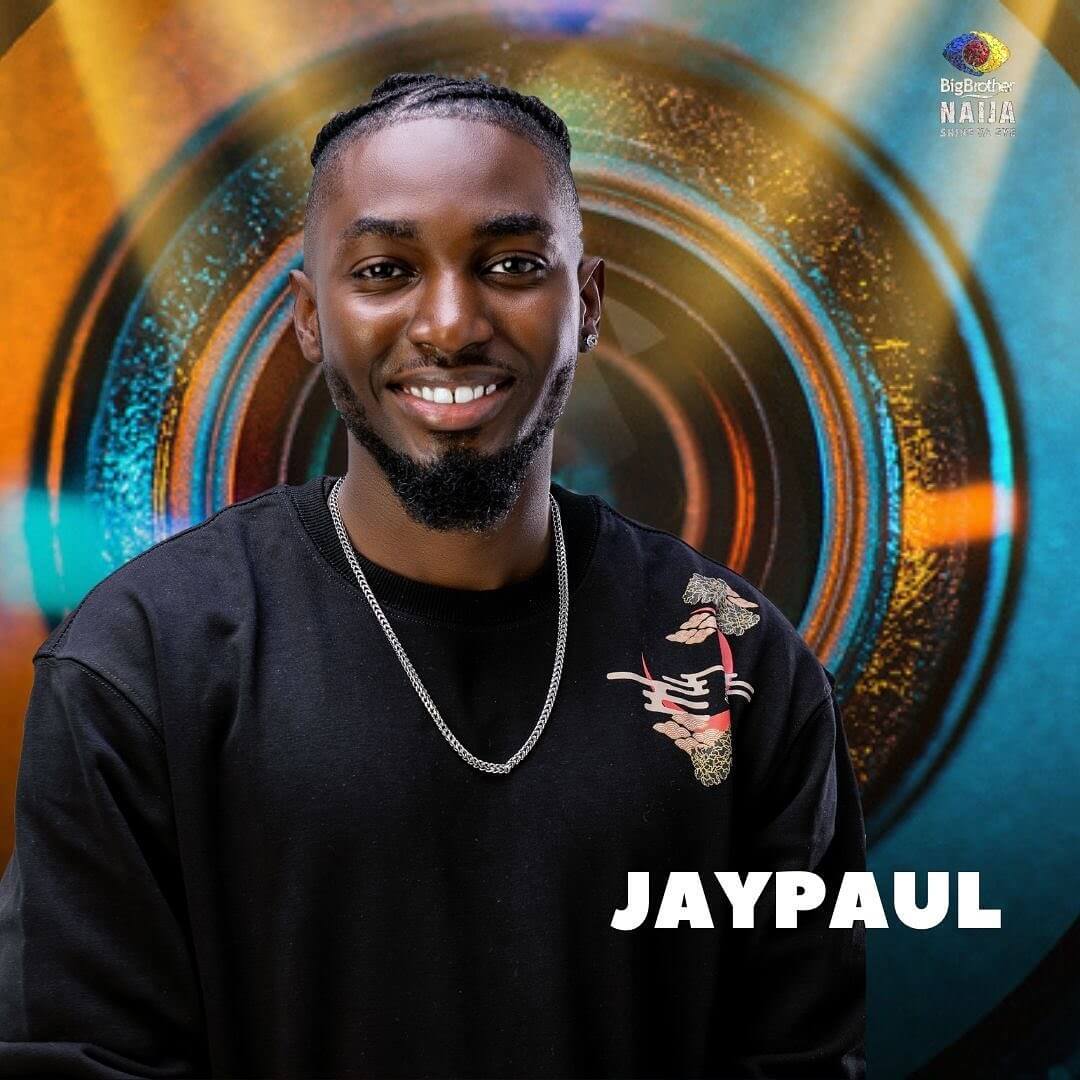 Jaypaul, a 29-year-old Lagos based musician and actor, believes the Big Brother Naija House will be the perfect opportunity to help boost his already fledgling career in the Nigerian entertainment industry. In his own words, he is “entertaining, confident, playful, honest and friendly”.

His hobbies include making music, making movies, dancing and cooking. While his career means a lot to him, Jaypaul believes in strong family bonds. He considers being a son to an amazing mother and brother to two wonderful sisters, as his best roles to date – and it’s no wonder that losing his father, is one of the lowest points of his life.

Jaypaul believes he s a catalyst for a chain reaction of positive activities and wants to show this to the world. 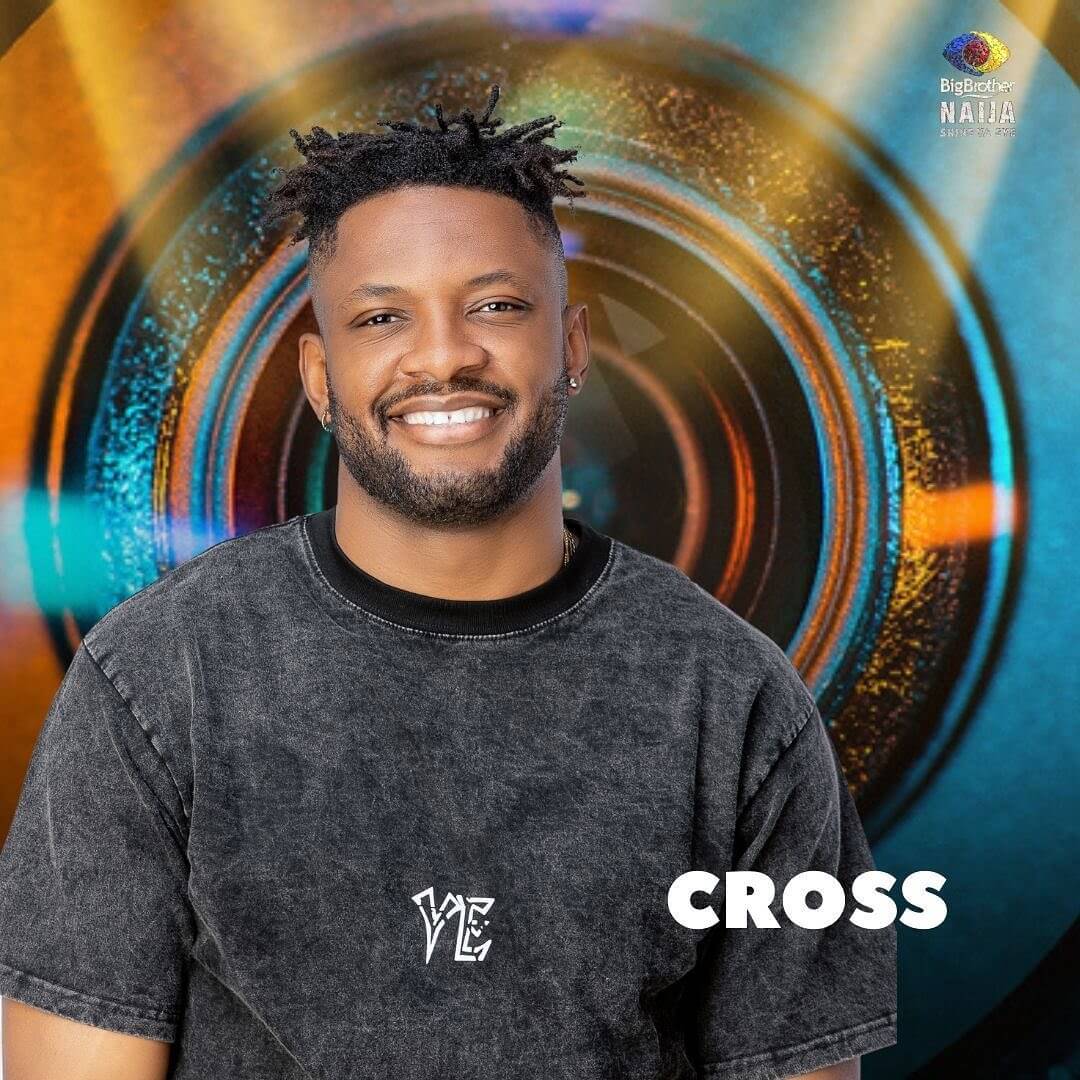 Lagos based Cross is a fitness enthusiast and entrepreneur who describes himself as “a bad boy with a good heart”. Although single, this 30-yer-old is not afraid to dole out the relationship advice and believes people don’t know that communication is the key to successful relationships.

When he is not watching movies, travelling or clubbing, you will find Cross playing drums or being hype on the mic on an Amapiano or House track or two.

He sees himself as fun loving, spontaneous and a good dancer who wears his heart on his sleeves. 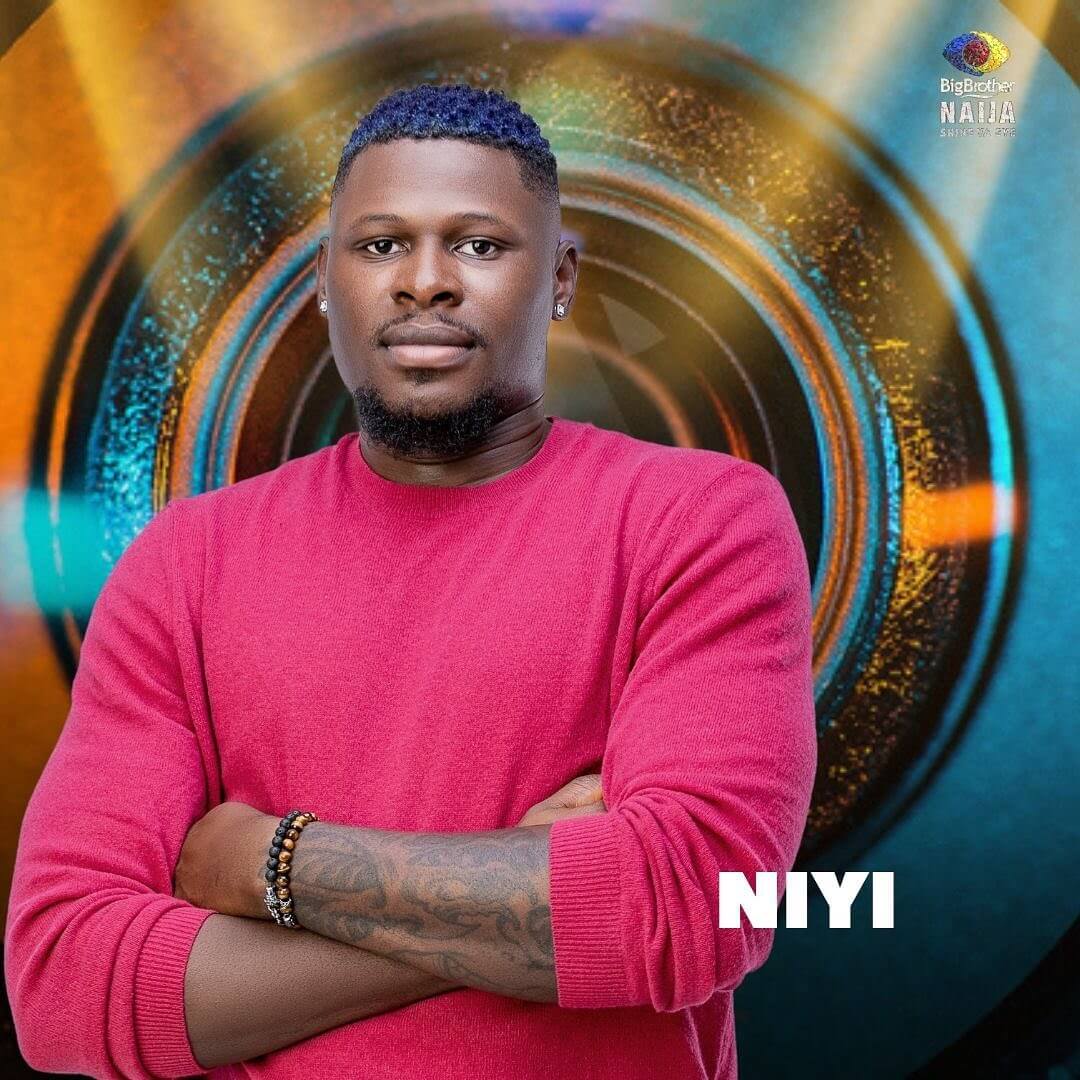 Niyi is a 33-year-old computer engineer from Oyo State. Though he was once in the running to be a professional basketball player, that ambition was quickly quashed when he sustained an injury, leading to sciatica.

With a sense of Dennis Rodman about him, he still loves to play basketball and work out, and is adventurous when it comes to new food, and enjoys both eating and cooking it. He is also an avid reader, aspiring writer and is fond of playing board games and card games – he even has a gaming license.

A husband and father, Niyi describes himself as “optimistic, spontaneous and adventurous”, while others describe him as being energetic. 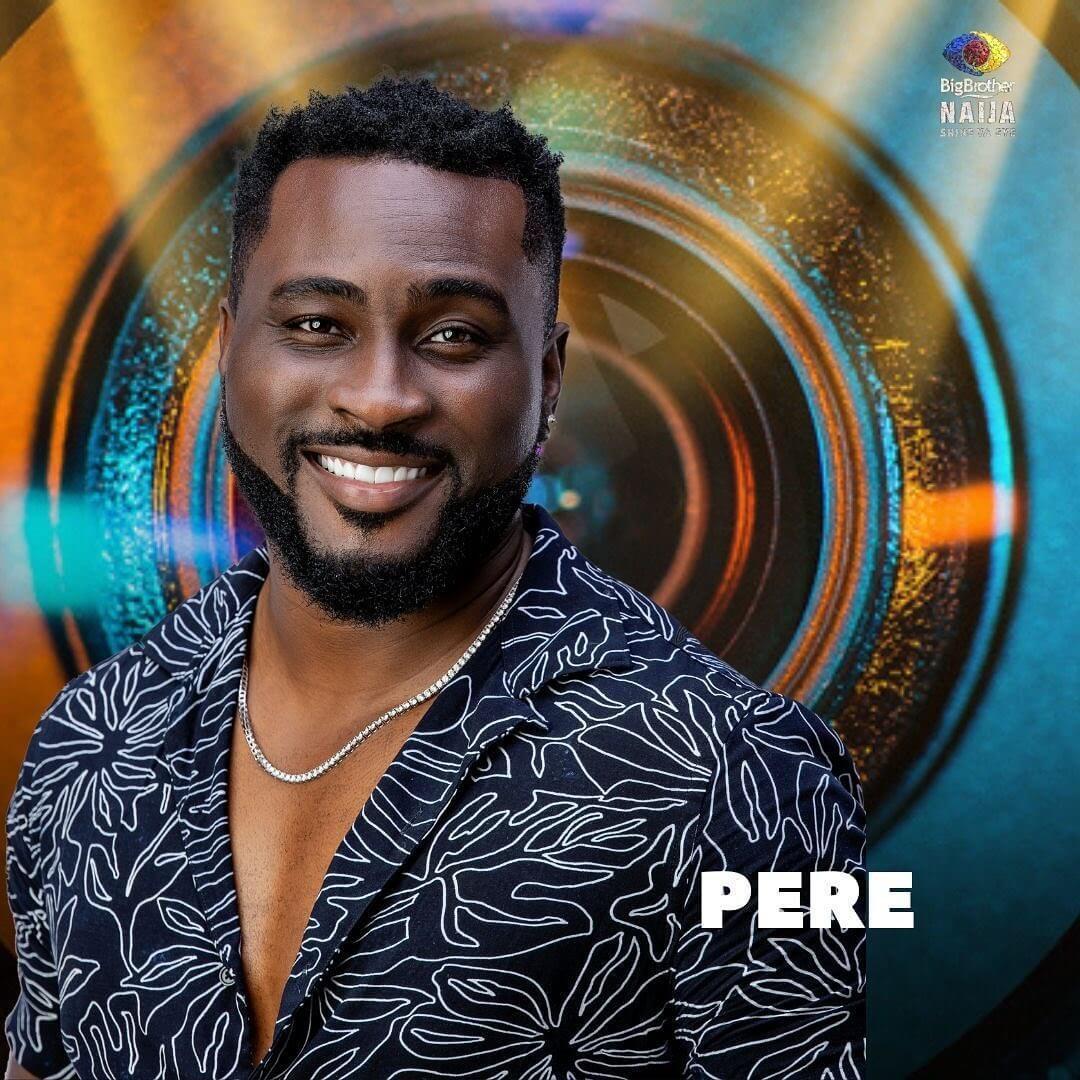 Born in Warri, Delta State, Pere was raised by a single mother, and is the first born of two children.

He believes change is the only constant in life and describes himself as “a spontaneous, adventurous person”. Pere is a qualified nurse and served in the United States Military for six years, before coming back to Nigeria to pursue a career in real estate. This vibrant 35-year-old is also a part time actor and model.

He is attracted to things of high value and is motivated by his past. As an empath, he hopes to use his experences with pain to help heal others. He enjoys dancing, playing games, writing, bar-hopping and water rafting. 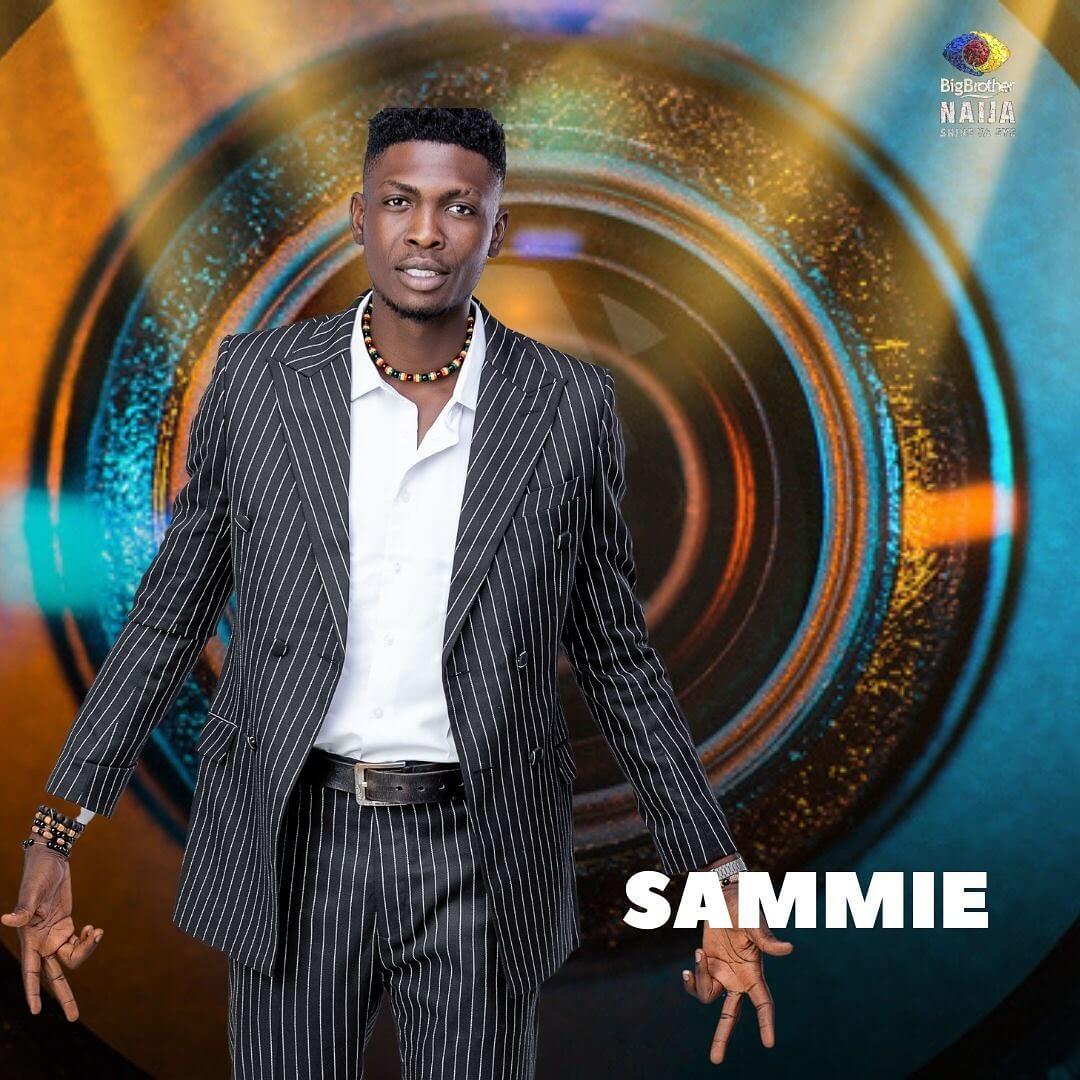 He enjoys storytelling, videography, basketball, eating and hanging out, and describes himself as “tall, handsome and charismatic”. He admits he talks too much at times and sometimes ends up gossiping, because of the “great dialogue” he gets in his day-to-day conversations. That said, Sammie loves meeting new people and believes he has a bright future in filmmaking.

In 2020, he produced his very first short film and now has his sights set on growing his YouTube series and taking his career to the next level.

Originally from Lagos, 28-year-old Saga is currently based in Port Harcourt as an offshore engineer, though he has found a new passion for sketch drawing and has become celebrated for his hyper-realistic portraits. He decided to turn his efforts to practicing art after being amazed that his work could draw powerful reactions from people.

Besides drawing, his hobbies include dancing, singing and exercise. That last passion has led him to start an online fitness club that has members from all around the world. He tries to light up any room he’s in with a few jokes and believes his travels to practically all the regions of Nigeria have given him experience relating with people.

The lowest point in his life was being informed that his mother – who he describes as his best friend – passed away. 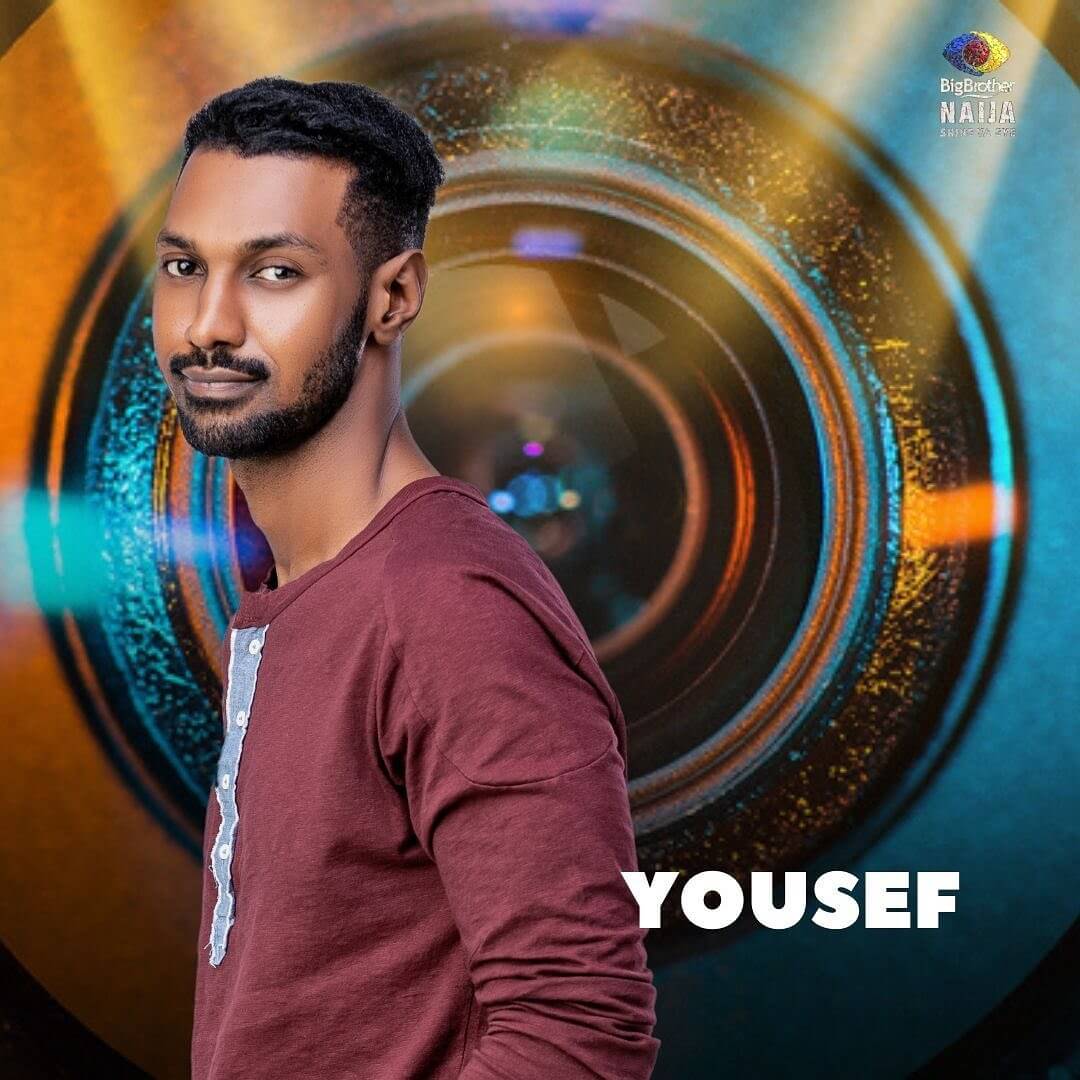 Yousef is a 29-year-old Secondary School Teacher and describes himself as “soft-spoken, fun-loving, down to earth go-getter”. Apart from being a big food enthusiast, Yousef enjoys hiking, reading, traveling and sports.

He is also a model, host and personal trainer and confesses he can’t resist checking himself out in the mirror. Yousef counts winning the Mr. University of Jos and Jos Carnival King titles as the highest points in his life, while the lowest was when he lost his beloved aunt. 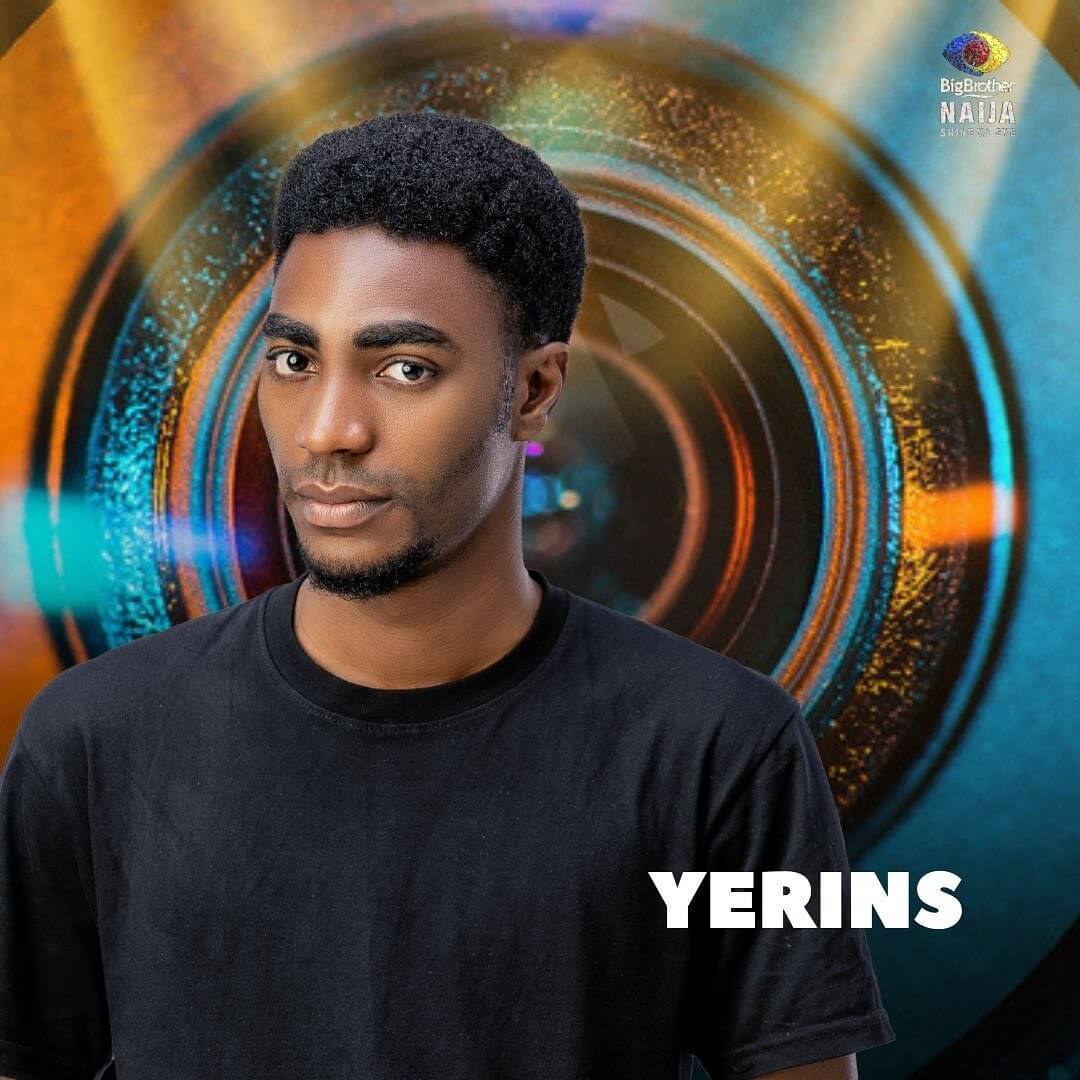 Medical doctor Yerins describes himself as “a perfectionist, creative genius, lover of art and poetic rap music”. He sees himself as a renaissance man who isn’t confined to one profession or career.

The 27-year-old enjoys drawing, playing chess, listening to music, and making it too. He also has plans to write a medical book in the near future. He identifies himself as a fun loving, creative and curious person – and says his curiosity has helped him to garner expert knowledge in many fields, from modelling and digital animation to fashion design.

The high point of Yerins’ life is when he graduated from Medical University in Ukraine and finally got to see his parents for the first time in 9 years. 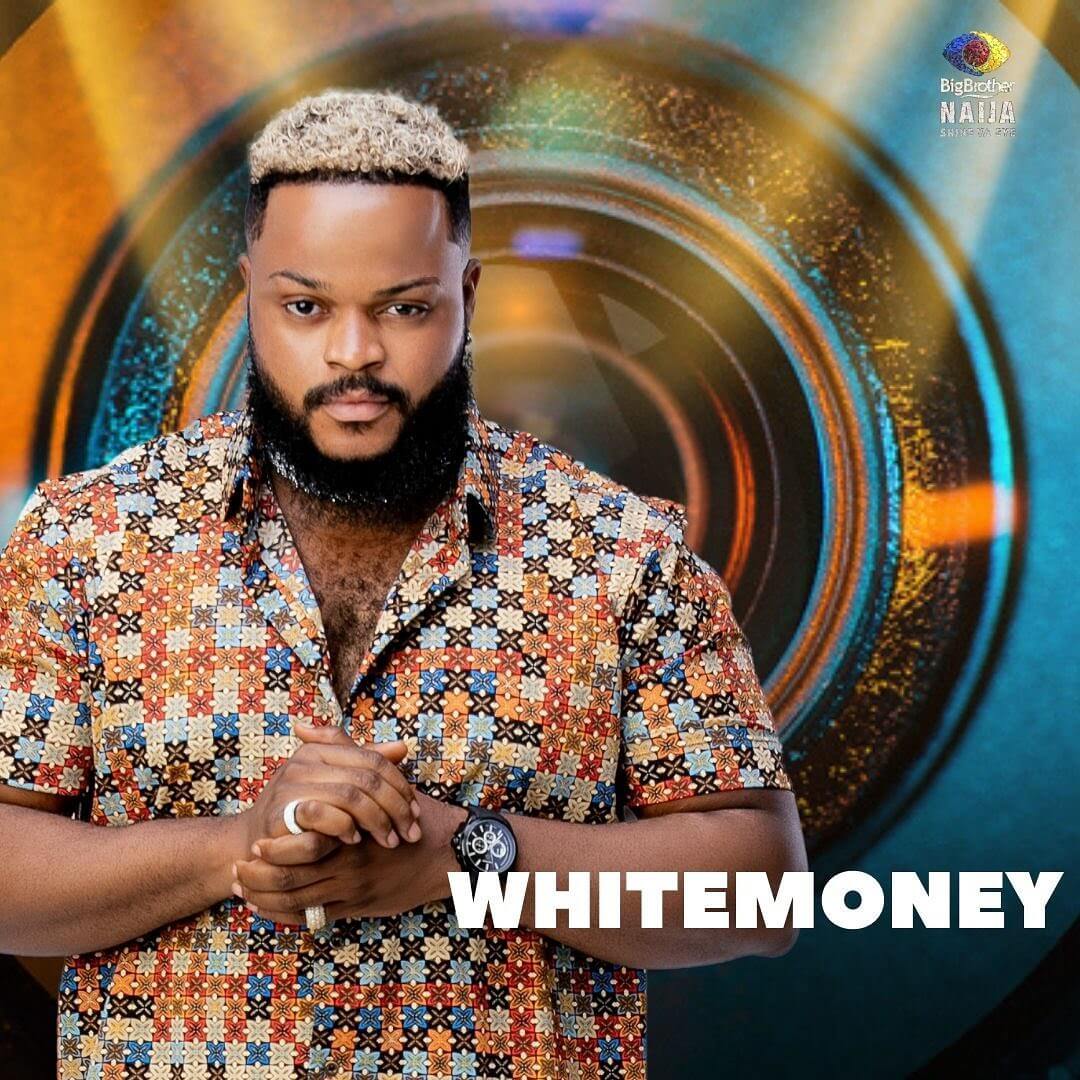 Multitalented Whitemoney describes himself as an open-minded “jolly good fellow” who likes to have fun. His hobbies include driving, hustling, watching movies and making music. The 29-year-old Lagos based businessman and entrepreneur, originally from Enugu State, believes he has a great aura and that his “swag speaks for itself”.

The highest point of his life so far happened recently, when he kick-started his designer shoe import business. Down to earth, yet strategic – Whitemoney is hoping his bright outlook on life will take him far.

While in the Big Brother Naija House, he would like to entertain, have fun, get exposed, and possibly win the ultimate prize.

Note: You can vote as many times as you like, just refresh the page to vote more.