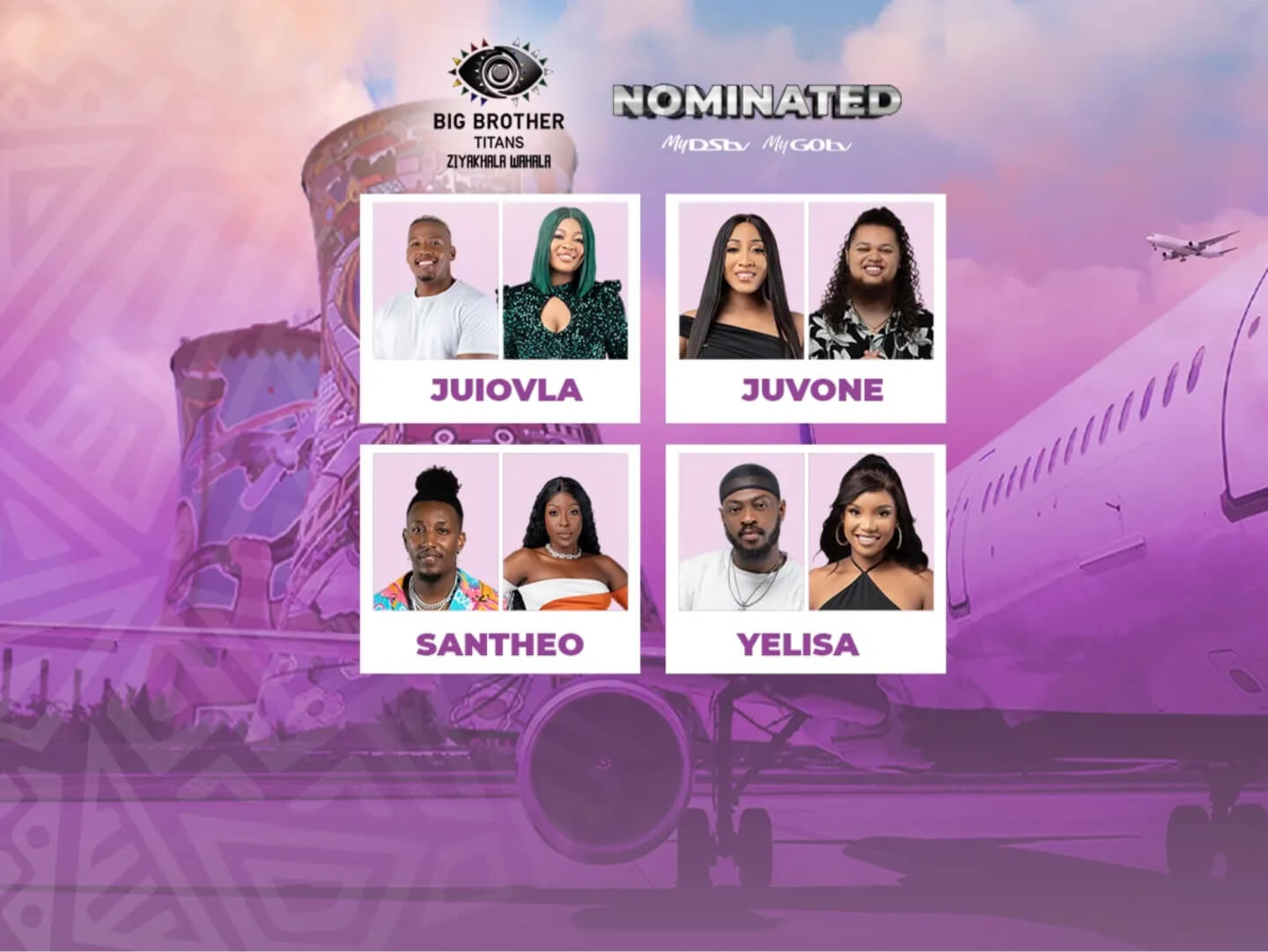 Before Big Brother Titans week 2 Monday live nomination show, the housemates were paired together. The pair of Blaqboi & Ipeleng (Blaqleng) emerged as week 2 head of house and as such gained immunity from possible eviction this week and also the power to save and replace a nominated pair.

Here is a breakdown of how the housemates were paired:

Big Brother Titans Ziyakhala Wahala – Season 7 which started with 20 housemates with the addition of four new housemates will witness it’s first eviction this week and according to big brother, one or more housemates will be evicted this Sunday, so vote to keep your favourite housemates in the house.

BBTitans Season 1 Housemates up for Eviction this Week

You’ll see the result of the voting poll once you’ve voted below. Don’t forget to also share and encourage others to vote for your favourite housemates So who are you going to be voting for in BBTitans week 2 voting poll, Vote below and invite your friends.