Big Brother Naija Voting Poll This Week – Five Housemates Are Up For Possible Eviction after been nominated by their fellow housemates. Here is a breakdown of how the live nomination challenge went and names of housemates up for eviction this week.

Housemate up for eviction this week: The housemate’s nomination was void after big brother made a shocking announcement that the winner of bbnaija ultimate veto power game of chance “Frodd” will have the sole right to put five housemates of his choice up for possible eviction

REFRESH PAGE TO VOTE MORE: You can vote as many times as you want, all you just have to do is refresh this page. Join us on telegram for more update 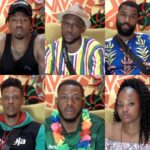