Big Brother Naija Voting Poll This Week – Five Housemates Are Up For Possible Eviction after been nominated by their fellow housemates. Here is a breakdown of how the live nomination challenge went and names of housemates up for eviction this week.

Note that Ike who’s this week’s joint head of house automatically means he’s immune to nominations while Seyi, the veto power holder saved himself and put up Khafi for possible eviction this week.

BBNaija Voting Poll for this week

How to Vote for Your Favorite Bbnaija 2019 Housemate

How to Vote for Big Brother Naija 2019 Housemates

REFRESH PAGE TO VOTE MORE: You can vote as many times as you want, all you just have to do is refresh this page. Join us on telegram for more update

Martins Osadebe is a senior editor at bbn.ng; Martinez writes mostly on reality Tv Shows like big brother naija, Ultimate love & others so you don't miss any update. Reach out via [email protected] 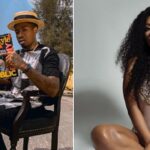 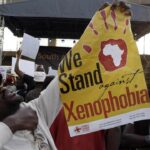