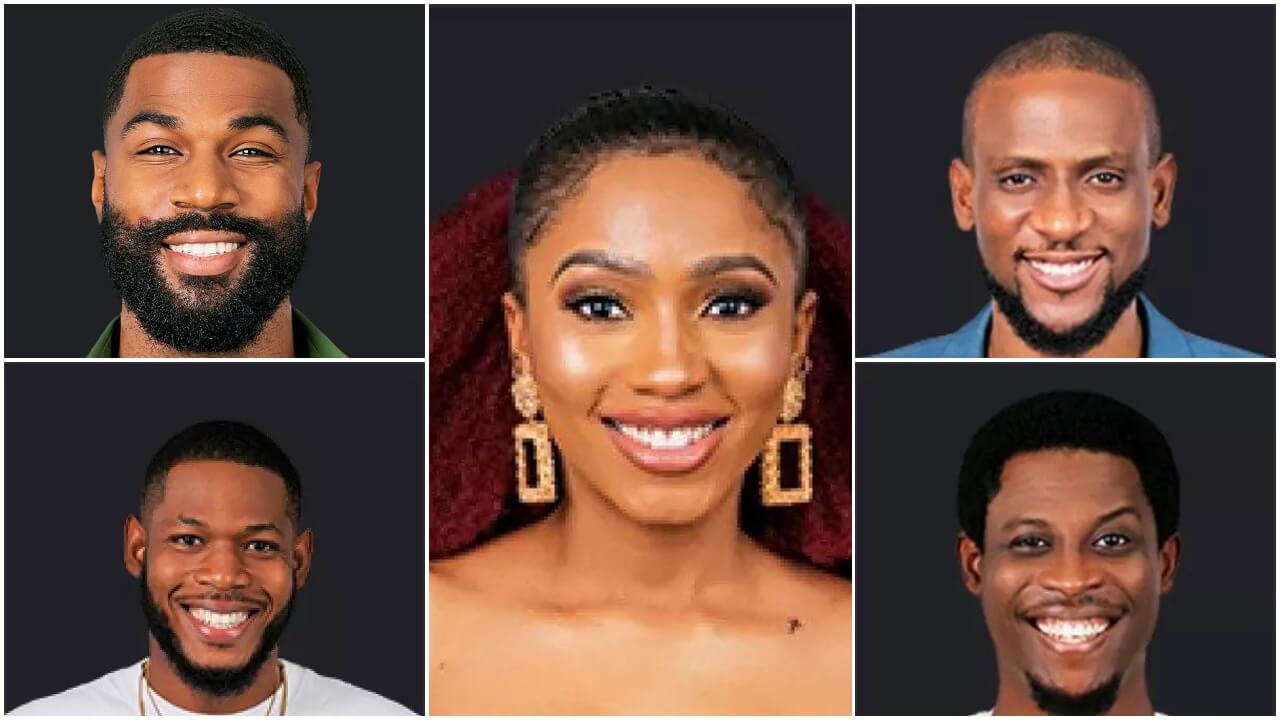 The ‘Pepper Dem’ edition of Big Brother Naija reality show is coming to an end with six housemates remaining in the house. There are now five finalists left out of 26 housemates that began the journey about three months ago.

The show kicked off on June 30th with 21 housemates, saw the inclusion of 5 more housemates mid-season and now, 20 evictions and 1 disqualification. The final bbnaija 2019 finalists are Frodd, Seyi, Mercy, Omashola and Mike who are all competing for the grand prize of N30million plus other prizes.

Chemeka Frodd is an Investment Adviser and Sales Executive. He hails from Anambra State. He describes himself as someone who’s fresh and odd hence the nickname ” Frodd”.

Seyi Awolowo is an Entrepreneur and Businessman. He hails from Ogun State and he’s the grandson of Late Chief Obafemi Awolowo. Seyi has starred in several TV commercials, modelled for different organizations, also acted in TV series and many more

Mercy Eke is a graduate of Imo State University. She hails from Imo State and Schooled in Egbu Girls Secondary School, Owerri. She is a businesswoman and Video Vixen based in Lagos who loves cooking, swimming, traveling and dancing.

Model and Entrepreneur Omashola is originally from Delta State but now calls Lagos home. He loves playing basketball, cooking and “being in the water, even though I can’t swim”.

Mike Edwards is a husband, CEO and professional athlete. He owns the first black-owned cigar line in the United Kingdom called Aireyys. Mike is married to the love of his life, Perris Shakes-Drayton, a British Olympian and also a TV personality.

Winners will be announced on Sunday 6th October; stay tuned for more updates. Don’t forget to share this link and invite your friends to vote

Who Do You Think Will Win? Drop Your Comments Below. Join us on Telegram for more Updates