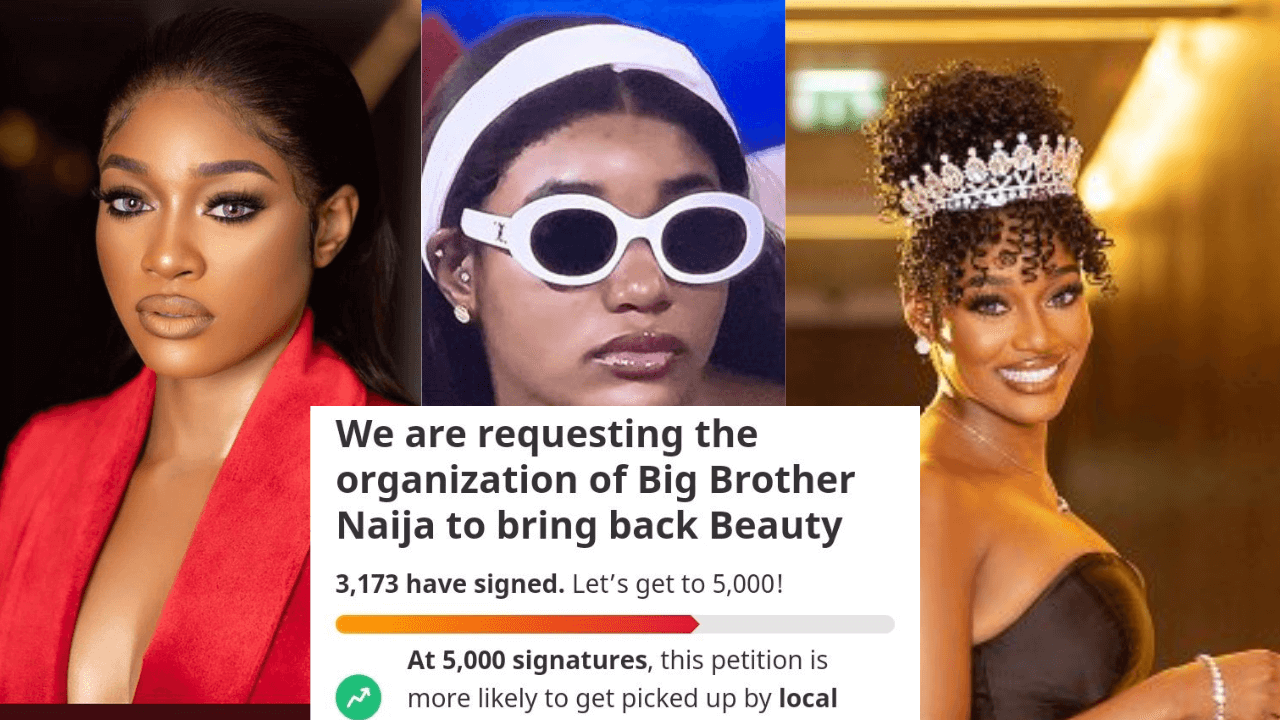 Recently disqualified Big Brother Naija housemate – Beauty Etsanyi Tukura has been a major talking point for fans and viewers of the reality tv show as fans in their troops sign a petition to bring the ex-Big Brother Naija Season 7 housemate back into the big brother’s house.

Recall that Beauty was recently disqualified from BBNaija season 7 after being involved in a series of confrontations with some housemates and earning herself three strikes.

Regarded as one of the strongest housemates this season, Beauty’s disqualification no doubt came as a surprise and shock to most fans who were strongly rooting for her to win the N100 m grand prize which she undoubtedly had a shot at.

Read: Beauty Finally Speaks up After Being Eliminated From the Bbnaija S7 Episode

The petition started by Beauty’s supporters is pleading with organizers of the reality tv show to bring back their favourite housemate into the house.

The petition which has been signed by over 3000 signatures have spark sparked mixed reactions from fans of the show on social media.

The petition tagged “We are requesting the organization of Big Brother Naija to bring back Beauty” has already garnered over 3000 signatures with a total target of 5000.

What’s your thought? Do you think beauty should be brought back to the big brother’s house? Share your views in the comment section below:’

2 thoughts on “#BBNaija Season 7: Over 3000 Fans Sign Petition To Bring Back Beauty”