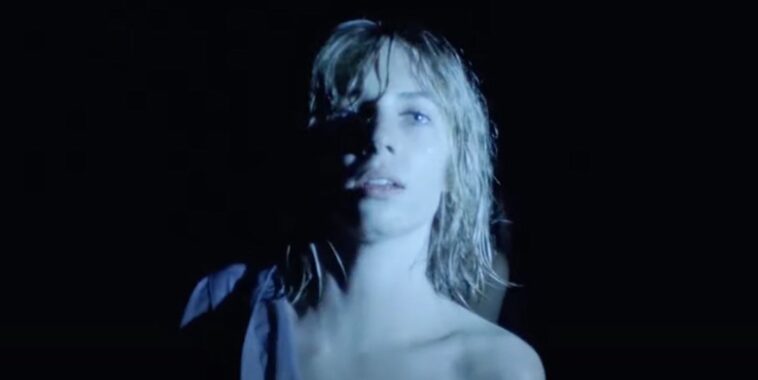 Maya Hawke, the “Stranger things” star, has released the music video for “Thérèse” the first single from her upcoming sophomore album, “Moss” (due Sept. 23).

The five-minutes music video was directed by Brady Corbet, “Vox Lux”. The song has a

In an interview about the single, Maya Hawke said the song “Thérèse” is about a world that subconsciously misjudged or misunderstood us and we humans build secret places where we are free to be ourselves. As reported by Variety, a screening of the video was hosted by Hawke and Corbet at New York’s Metrograph on July 17, she was able to convey her perceptions, reading:

“We are all bombarded with negative and doctored images of bodies all the time, whether we want to be or not. The ‘art’ I saw about sexuality when I was growing up (being honest… I am still growing up) helped free me from a culture that seems to want us all to hate ourselves and fear others, right? “There is a lot to feel bleak about these days but it’s important to find moments of joy and look out for each other where and when we can.”

“I hope people love it or hate it, or whatever,” she added. “I hope it makes them feel something other than shame, self-hatred, and loneliness. I think we are all tired of feeling like that.”

Hawke is set to perform some shows in New York on August 13 ending with a Sept. 25 in Los Angeles. She would appear as a supporting act for Faye Webster in Toronto, Montreal, Philadelphia and Nashville.