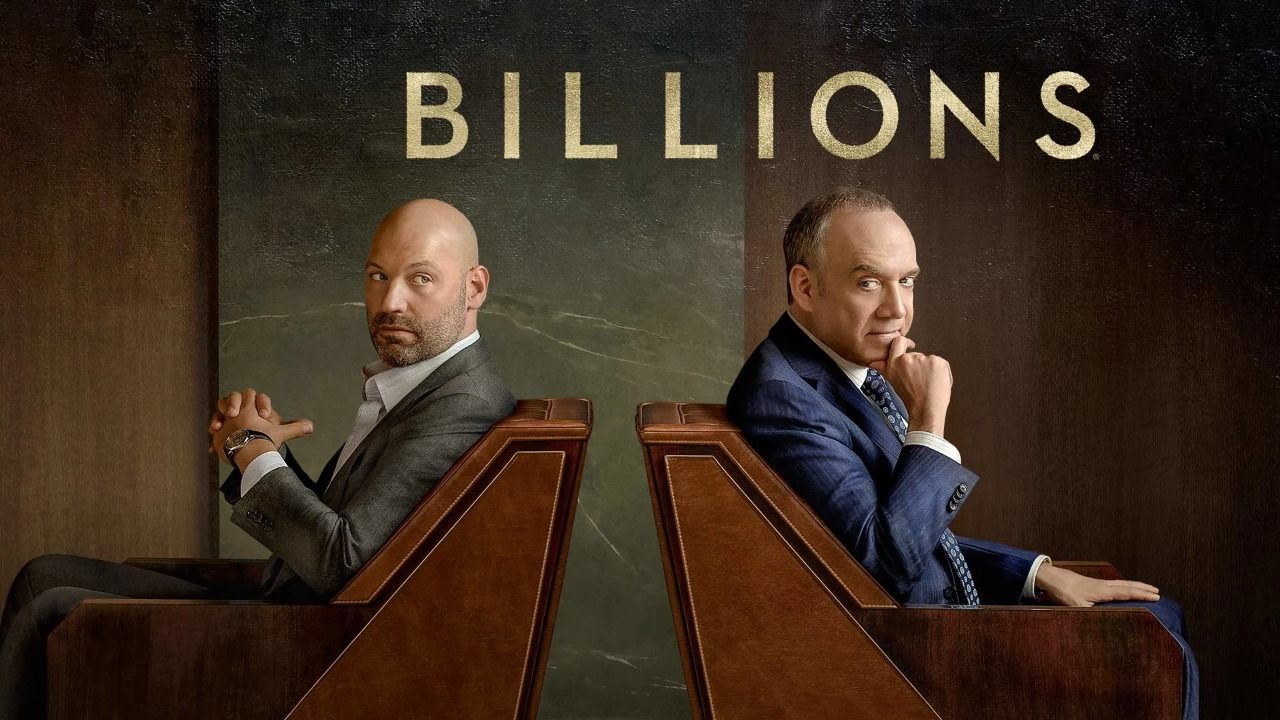 Billions is an American drama TV series that premiered on Showtime in January 2016 and has since then gained a massive fan base and received positive reviews across its five seasons running.

The series is set in the financial city of New York and narrates how Bobby Axelrod gains power and wealth and all his struggles even with attorney Chuck Rhoades.

The sixth season of the show which was expected to be released sooner was postponed and fans can’t wait to get back into such good drama. As we wait for more drama from our favorite show, here is a list of ten tv shows like billions that would give you the same thrills and chills billions did and even more.

If you’re one of those people that likes a good show on riches, mind games and intellectual outplay just like billions, then you’ll definitely find this list helpful.

House of Cards is an American political thriller drama television series created by Beau Willimon and premiered on Netflix in February 2013, based on the award-winning novel of the same name.

The TV show centers around Frank Underwood who is a congressman and his ambitious wife Claire Underwood as they fight for political power in the city of Washington, D.C.

The series aired for six seasons filled with deceit, betrayal, and political ambition and was a success thanks to critical acclaim. House of cards would be an awesome show to watch if you really loved billions.

The creator Dick Wolf adapts stories from real-life events and criminal stories from local news and turns them into a well-written script for a screenplay which he called Law & Order which premiered on NBC in 1990.

The show made each life story different and even juicier. Right from the investigation of the crime to the eventual arrest and prosecution by the Manhattan District Attorney, the non-stop drama and action-filled mind games and smooth execution of plans are enough to keep any fan of billion hooked throughout its 20 seasons.

Regarded as one of the greatest television shows ever, breaking bad definitely is a must-watch show by any fan of billions. The show has a lot of twists and turns and mind-blowing twists which makes it incredible in every sense.

The American neo-Western crime drama television series created and produced by Vince Gilligan aired on AMC from January 20, 2008, to September 29, 2013, consisting of five seasons for a total of 62 episodes.

Walter White who happens to be the main character, was a high school teacher who gave up his career to join the drug-pushing world and became very good at it as we see the streets of Mexico in a raw way that gives the show a thrilling vibe.

The all six one-hour-long episode documentary series takes an insight into the scandals among the wealthy and powerful in the American system and how they clean up their illicit money.

This docu-series focuses on what happens when such fraud and powerful mind games take place and interviews with those who were previously involved. A must-watch for billion fans who also have a thing for true stories.

Another we’ll know series that has built a large fan base thanks to its compelling seasons and episodes each filled with a different type of drama.

Suits is an American legal drama television series created and written by Aaron Korsh. It premiered on USA Network on June 23, 2011, and concluded on September 25, 2019.

The show is based on the writer’s true-life story as an investment banker before he joined the entertainment industry. The series revolves around Mike Ross, a talented young college dropout who is hired as an associate by Harvey Specter, one of New York’s best lawyers

White Collar is an American police procedural drama television series created by Jeff Eastin. The series was delivered from the cast to the production and ran for 6 seasons across 5 years (October 23 2009-December 18, 2014).

This film centers around special FBI agent Peter Burke and his outlaw but very talented informant Neal Caffrey. To get an earlier release from prison, Caffrey must team up with Burke to catch and expose high-profile white-collar criminals.

The show contains lots of suspense as a way to draw the viewers into wanting to watch the next episode, it is also exciting and well detailed which puts in on the same quality of scene service as billion tv series.

White-collar would be a nice series to watch especially for those fans who love criminal cases and prosecution.

This American political television drama series aired on CBS in September 2014. It tells the story of Elizabeth McCord who was a former political science professor in a university and CIA analyst before she became the United States Secretary of State.

Throughout the show, we see Elizabeth McCord as she handles political issues with a strong determination. She battles office politics, international diplomacy Was she deals with worldwide issues when they arise. She also tries to balance her personal life with her high-profile political career and even goes on to win the election in the sixth season becoming America’s first female president. The series shows feminine power which would be interesting for fans around the world.

For this particular drama series, we see a blend of legal and political drama mixed with a lot of personal drama. The show premiered on CBS in September 2009  and ran until May 2016.

The good wife features an American Lawyer Alicia Florrick, the wife of a Cook County state’s attorney. Alicia takes a break from her legal career and decides to be more of an available wife to her husband but soon returns to her crime-fighting life when her husband is arrested for political corruption and sex scandals.

The award-winning show includes a lot of plot twists and multiple story arcs. There are a lot of political terms, scandals, and corruption across its seven seasons which was critically acclaimed.

One of Spain’s very own TVshows that took the world by surprise.

Money heist narrates how the genius professor strategically plans one of Europe’s biggest bank robberies. He gathers Spain’s finest criminals and makes an All-star team who masks their identity behind a mask which later became Halloween favorite costume and names of cities.

The show is highly praised for the successful portray of each character and the protagonist’s successful outsmarting the feds and keeping all hostages in check. Throughout the series we see them plan even more heists and some team members are added as some leave. The show is now available on Netflix since they bought rights in 2018.

One of the most related series on our list. Dynasty is a drama TV show about the billionaire family The Carringtons, and all their family drama. Daughter of billionaire Fallon Carrington gets angry at her father for marrying her nemesis Cristal who she used to work with.

The Carrington manor is in much disarray as there is betrayal, dark secrets, and even political fraud right within the four walls. This series takes us on the bumpy journey of how the car right on fights to strike a balance between peace, wealth, and even power.

All the television series mentioned above are top-notch and would surely keep any fan of billions glued to their screen and even silk the void the tv show billions has left. If there are any tv shows like billions you think should be on the list, kindly drop them in the comment section below.