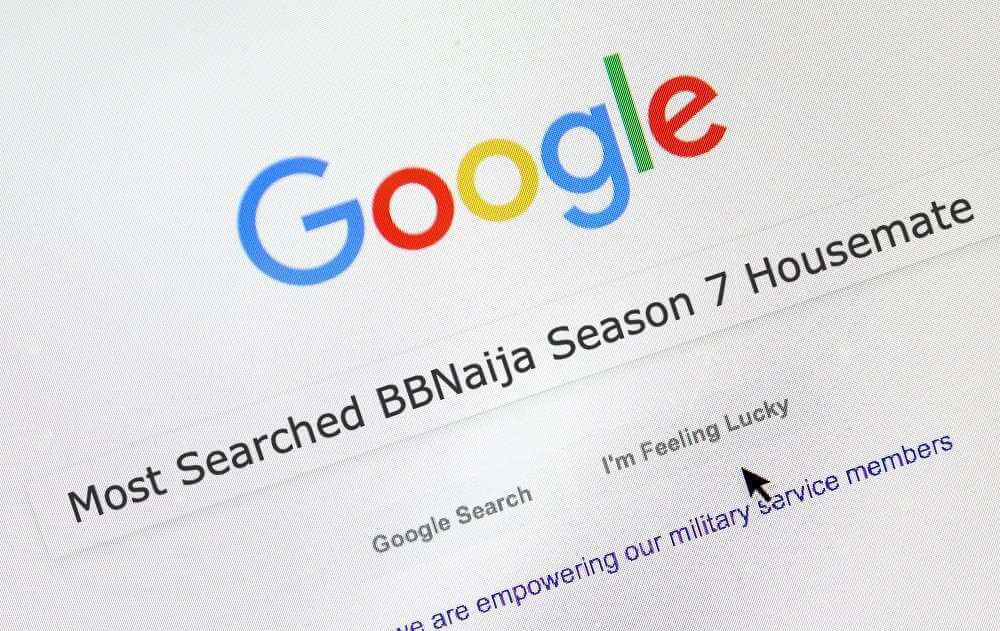 Google has revealed the 7 most searched BBNaija level up housemates. These are housemates that have generated the most-searched interest online among housemates of the ongoing Big Brother Naija Season 7 “Level Up” edition.

Out of the 28 housemates featuring on Big Brother Naija Season 7 edition, seven of them have dominated the search engine and generated the most web searches since the show kicked off via a double launch premiere on the 23rd and 24th of July 2022.

The 7 Big brother Naija season seven housemates that have generated the most search interest are Beauty, Daniella, Khalid, Hermes, Bella, Phyna and Groovy.

Since making their appearance on Big Brother Naija reality tv show, these seven housemates have been the most searched housemates with viewers searching for information about their favourite housemate.

Daniella Utangbe Peters – The 22-year-old poet who describes herself as very open, sincere and creative came into the big brother’s house to compete for the N100 million grand prize and in addition, she found companionship with fellow housemates Khalid.

The pair’s on-screen romance remains one of the major highlights of Big Brother Naija season 7. Still in the game, she will be hoping to do all it takes in order to win the N100 million grand prize.

Making moves silently in his corner, Khalid stole Danilla’s heart and they were tied to each other’s hips during his 3-week stay in the big brother’s house. . Always keeping his cool, Khalid made it a point to stay away from conflict while been competitive in various task and games.

Chidimma Esther Okagbue, also known as Bella, is undoubtedly one of the most talked about Big Brother Naija Season 7 housemates. The 25-year-old fun, energetic UNILAG graduate and content creator is known more for her love affair with Sheggz and the pair have become the center of social media conversations and banter.

Ijeoma Josephina Otabor or as she prefers to be called “Phyna” is a stand-up comedienne, skit-maker, and actress. The 25-year-old graduated from The Federal Polytechnic of Auchi, Edo State, where she studied engineering.

She has no doubt delivered on her promise of bringing drama and cruise to the show. It’s no surprise why she is one of the most searched housemates as she and fellow housemate – Groovy are currently involved in a showmance.

26-year-old Henry Olisaemeka Orakwue is an artist competing for the N100 million grand prize. Groovy in a span of four weeks has been in an entanglement with two housemates – Beauty and Phyna; more reason why he’s one of the most searched Big Brother Naija season 7 housemates.

Groovy entered the big brother’s house single and he also believes in love at first sight. With his ongoing current entanglement with fellow housemate – Phyna; we can assume he has definitely found love.

Beauty Etsanyi Tukura is a 24 years old lawyer from Taraba state and is the 43rd Miss Nigeria. She also held the ‘Most Beautiful Girl Taraba’ title, from 2015 to 2017. She’s very passionate about women’s empowerment and growth.

Before her exit from the show, Beauty was involved in an entanglement with Groovy; a thing which ultimately led to her disqualification from the show after she got into a fight with him which resulted in her getting strikes for provocation and violence.

Hermes Chibueze Iyele is in the BBNaija Level Up house to tell stories. Perhaps the most exciting thing about the performance artist is that he is in a polyamorous relationship and has two girlfriends.

The 25-year-old dancer remains true to self and continues to express his passion and creativity through his looks, body and actions. His dancing skills, his unique story and his originality have propelled him to international stardom.