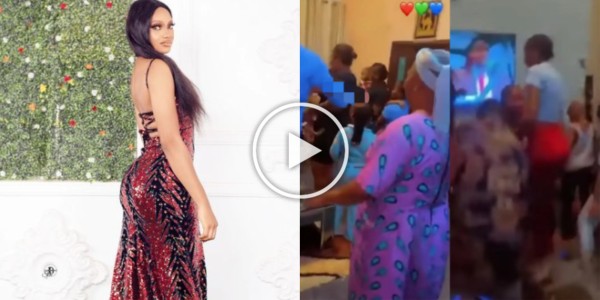 Only three of the housemates—Diana, Giddyfia, and Deji—were actually kicked out of the house during the live show last night.

Deji, a fake housemate who had moved into Biggie’s residence, was the first to leave, followed by Diana and Giddyfia.

Read More: BBNaija: Bella speaks about marriage with Sheggz, hints at what shaped her (Video)

Chomzy’s family, thrilled with her eviction escape, erupted in jubilant enthusiasm when the show’s host, Ebuka, stated that no other resident will be ousted that night.

They were all seen dancing to the popular song “Buga” by Kizz Daniel.