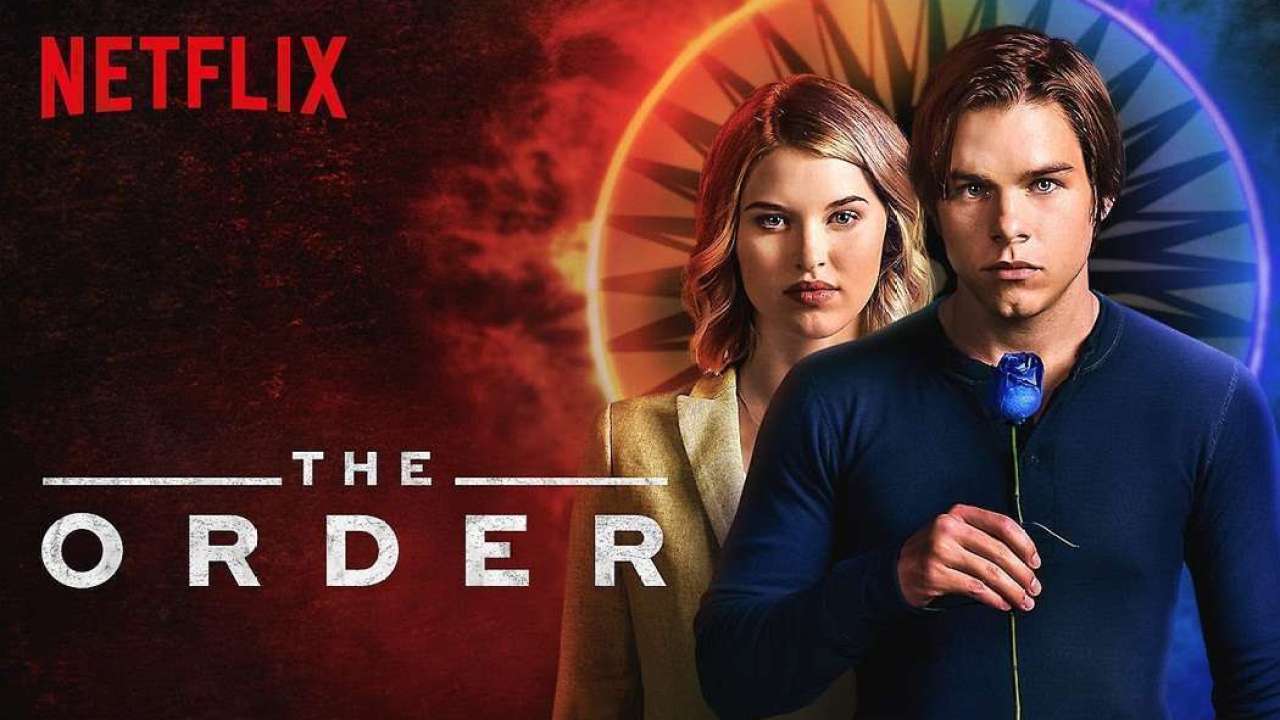 The Order is a horror drama streaming television series created by Dennis Heaton and written by Heaton, Shelley Eriksen, Rachel Langer, Jennica Harper, Penny Gummerson, and Jason Filiatraul. The order is centered on a young university student, Jack Morton (Jack Manley), who joined a secret cult – The Hermetic Order Of The Blue Rose – to avenge the death of his mother.

He goes into a universe of magic, beasts, and horror, he learns of his dark family secrets and the war between werewolves and dark magic practitioners. He is assisted by a tour guide, Alyssa who is a fellow member of THE ORDER in which Jack’s distanced father is the leader.

It is one thing to watch a movie where the characters have supernatural and it is another thing to watch movies filled with horror. The Order contains both elements in one.

The order must have been intriguing to you and left you craving more horror movies or it has piqued your curiosity about the supernaturals. Here are our top five recommendations for mind-blowing television shows like the order.

Imagine waking up from sleep only to be told that you are the only hope of humanity or the fate of the universe lies in your hand.

You’ve probably heard about Dracula, well Van Helsing is the reimagination. A series filled with fantasy, horror, drama, action, and post-apocalyptic, created by Neil Labute. It is set in Canada and runs for 42 to 43 minutes for each episode.

Released from July 31st, 2016 to June 25th, 2021, the story is centered on the life of the daughter of a famous vampire hunter, Abraham Van Helsing. Vanessa Helsing (Kelly Overton) wakes up from a five-year coma only to discover that has a special potential – the ability to turn vampires into humans with blood- and she was immune to vampires. This makes Vanessa the only hope of humanity and places their fate in the hands of Vanessa and as well makes her the target of the rulers of the vampires.

In an academy of superheroes, everyone has a unique superpower that can save the world. Umbrella Academy is an embodiment of science fiction of dark comedy, drama, and fantasy. Umbrella Academy was created by Steve Blackman and was first aired on February 15th, 2019.

Sir Reginald Hargreeves (Colm Feore) takes in 7 infants from 43 unexplainable born children to average women who have shown no sign of being pregnant before. Sir Reginald establishes the umbrella academy and readies ‘his’ children with their superpower to defeat evil.

The family disbands but later reunites upon the death of their father. Bringing their different identity and unique superpower, they try to solve the mystery behind their father’s death and save the world from a looming downfall.

A horrific thriller created by Brian Mcgreevy in the United States based on an almost ruined steel town in Pennsylvania made up of the extremely rich and the extremely poor as well. Everyone is seen not to be innocent as they seem – there is a monstrous secret buried in their hearts. After the nasty and horrifying death of two teenage girls, a strange newcomer, Peter Rumancek (Landon Liboiron) supports a wealthy man in the town, Roman Godfrey( Bill Skarsgard) to unravel the mysteries behind those deaths.

Hemlock Grove was aired from April 19, 2013, to October 23, 2015, with a running time of 45 to 58 minutes per episode. Hemlock Grove and The Order have a lot of story characteristics; Ranging from the outstanding level of intrigue to the dark enchantment of the supernatural, to the shocking deaths, to the devising of a cult to eliminate the supernaturals lurking in the town of Hemlock Grove.

What happens when you discover you come from a long line of the supernatural and that you are the last remaining one?

Grimm is a police procedural horrifying and supernatural/fictional drama centered on a detective who investigates homicide. Nick Burkhardt (David Giuntoli) discovers he is the only and last guardian – GRIMM- a supernatural that has vowed to keep the harmony between humanity and mythological creatures known as Wesen.

Created by Stephen Carpenter, Jim Kouf, David Greenwalt. It was premiered from October 28, 2011, to March 31, 2017, and run for 43 minutes per episode. Though based on detective fantasy, it gives the same drama traits as that of the order.

They say a birthday is a day of surprises. Well, Clary Fray got her own but it is not what she expects. This list of tv shows like The Order will not be complete without Shadow hunters.

Bringing teenagers to the world of the supernatural. Clary Fray (Katherine McNamara), on her 18th birthday, discovers a shocking thing about herself – she comes from a long line of human angels known as the shadow hunters who down demons. Her mother has been kidnapped, drifting into the universe of demons hunting, she counts on the help of strange Jace Herondale (Dominic Sherwood) and fellow shadow hunters, Isabelle Lightwood (Emeraude Toubia) and Alec Lightwood (Mathew Daddario) to guide her through the dark world. Her best friend Simon Lewis (Alberto Rosende) finds the answer to help find her mother.

Shadow hunters also known as mortal instruments is a teen-based drama filled with horror, fantasy, romance, and of course the supernaturals. It was developed by Ed Decter and aired from January 12th, 2016 to May 6th, 2019 with an episode running for 42 minutes.

Have you watched any of the tv series mentioned above? What is there not to love about these series? They bring to your screen a tinge of everything ranging from fantasy, romance, drama, action, magic, superpowers and as you like it, horror.

These movies are mind-blowing, binge-watch to the very end to get an experience in the world of horrifying supernaturals and the feel of magic and dark powers.