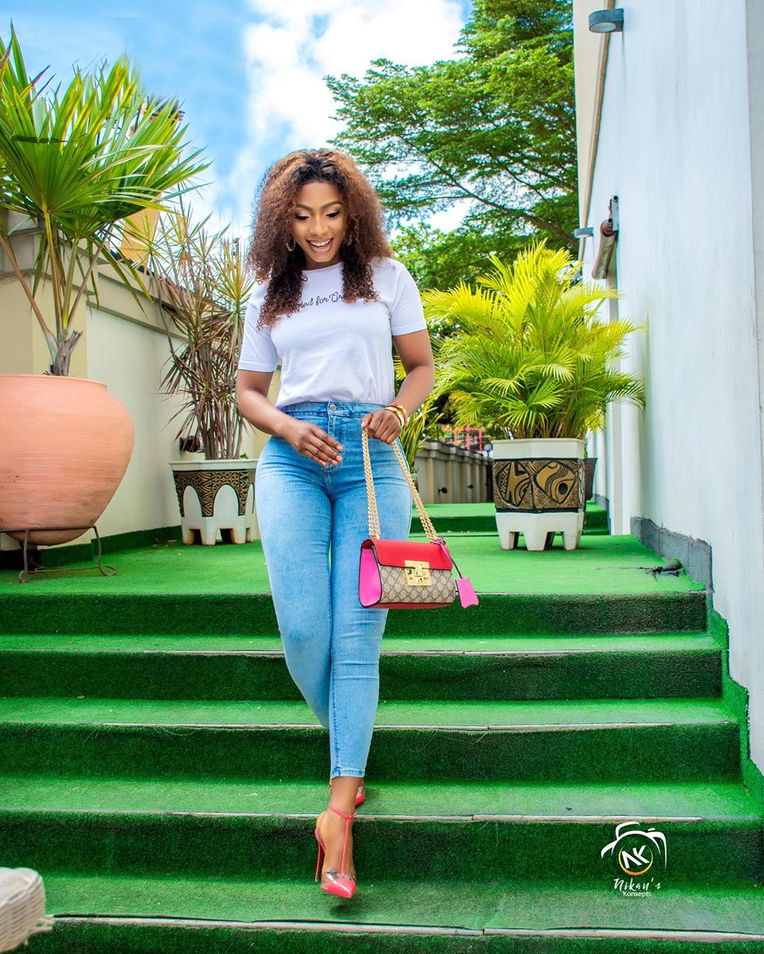 Big Brother Naija winner Mercy Eke has finally opened about the controversies surrounding her bum, which many people have tagged as fake bum during her stay in the big brother house.

While she was still in the house, many fans argued on the realness of her bum with some people claiming it is fake while some say otherwise, which sparked a rumor saying she had plastic surgery done.

Just after coming out of the reality TV show as the winner with a whooping sum of N60 Million, She was asked to clarify the rumors surrounding her bum.

When asked if she had undergone surgery to have the bum she has?

“Yes, it’s real, This interview is getting too personal. But I won’t tell you whether my bum is real or not, People are free to have their opinion about my bum, Let the rumour continue, I am actually enjoying it”

“I have not counted the tattoos, when I do I will get back to you. But I have roses, flowers and butterflies”

“They all simply mean I can fly to any height I desire. Everybody loves to fly higher and those tattoos are there to motivate me to go to any height.”