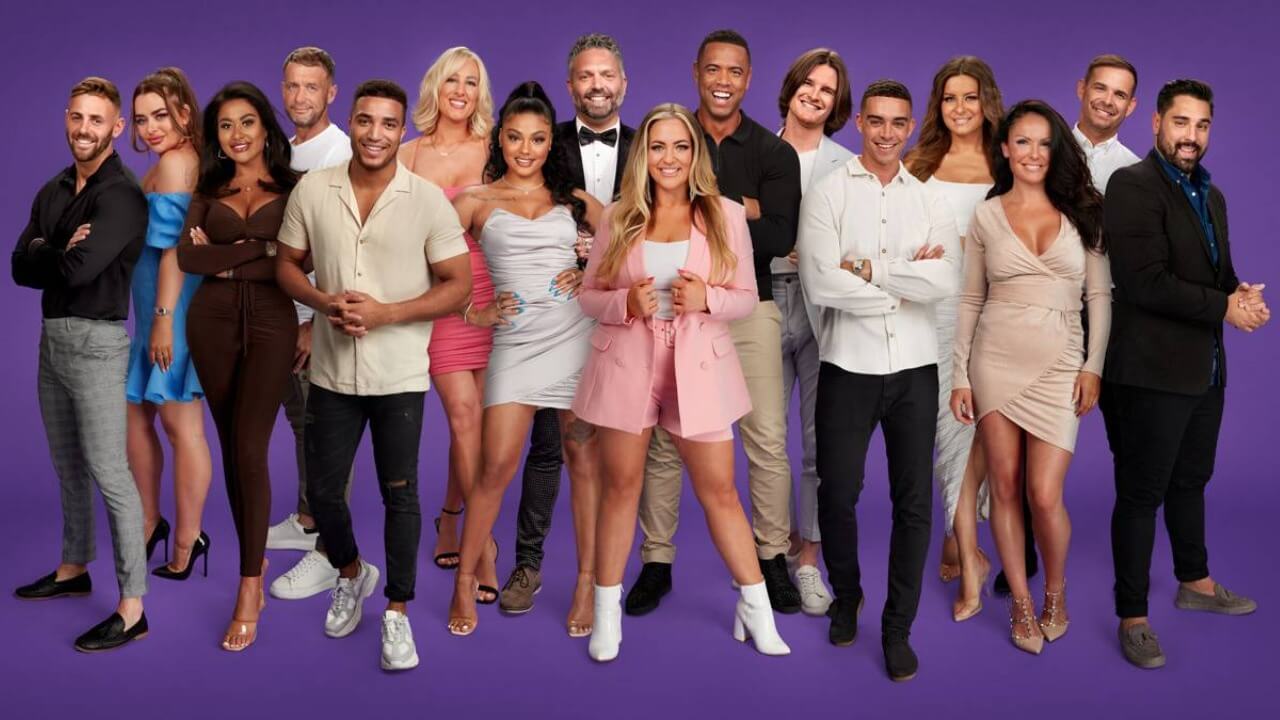 Married At First Sight UK is coming back to E4 with a new season very soon and the series is getting a major makeover and it promises to contain as much explosive drama as the Australian show we all became obsessed with.

The official line-up of 8 couples was revealed last week, Among the brides and grooms is the programme’s first-ever gay male couple, meaning there will be nine male contestants and seven females. Here’s everything you need to know about Married at First Sight UK 2021 Cast.

Married at First Sight; The reality tv show follows singles yearning for a life-long partnership as they agree to a provocative proposal: getting married to a stranger the moment they first meet.

A bit about them: “Daniel wants to share his passion for hiking,
meditation, cold water swims and vegetarian living with others. Of course, Dan doesn’t want to do this alone; he is looking for someone open-minded, who shares his passion for the outdoors.”

A bit about them: “Fun-loving Tayah is looking for it all! She
wants a man who she can look after. She wants to find someone who takes care of themselves and will look good standing next to her. She likes a confident guy, someone who knows themselves and who has a bit of something about them.”

A bit about them: “With a positive outlook on life, Adam is super relaxed when it comes to his preferences. His ideal match would have nice eyes and be naturally pretty. They must be ambitious, spontaneous and positive. Adam loves pushing himself, being challenged and trying new things, so wants to see his potential partner challenge him in a new way.”

A bit about them: “Known to his mates as ‘Big Bob’, Robert is BIG in personality. Ready to entertain at the drop of a hat, he’s a fun-loving guy who’s desperate to share the limelight with his future partner, providing they’ll be able to get a word in…”

A bit about them: “Bold, lively and an incredibly strong woman, she can often be misjudged for being opinionated and territorial. Alexis wants an ambitious, well-educated, well-spoken, family orientated husband. He needs to be understanding, compassionate and affectionate. He must know how to communicate and be in touch with his emotions. But mostly she wants a best friend kind of relationship as she’s never had that before.”

A bit about them: “Jordon is a gentle and very positive soul, but people don’t often see that side and misjudge him. He was raised on the traditions and values of his grandmother, and also strongly believes in God and spirituality. He would love to bring a partner home to meet his grandmother, but mostly he’s looking for someone with whom he can raise the family he never had.”

A bit about them: “Emotionally charged, stubborn and wearing
her heart firmly on her sleeve, she finds that people tend to misjudge her. Nonetheless, she wears those badges with pride and soon manages to win others around with her friendliness, banter and down to earth charm.”

A bit about them: “Josh has ambition, competitiveness and
drive which have all made him succeed at anything he turns his hand to; from his sporting ambitions, to working hard as a teenager when his dad passed away. He’d like somebody who can understand him, but also put him in his place sometimes. He’d like someone with a good balance between social and work life, who works hard, likes fitness, but also doesn’t take themselves too seriously.”

A bit about them: “With sports in her genes, she soon made it
her main passion in life and now works as a sports presenter, using various platforms to discuss football and her favourite team, Chelsea FC. Amy sees Married at First Sight UK as an opportunity to finally try and let down her guard. She wants to learn what love is and take off the veneer of sassiness that has protected her from letting another person in.”

A bit about them: “His last relationship crushed his confidence and broke his heart and he’s spent the last year rebuilding himself. Now he thinks he’s ready to move on at this perfect junction in his life with someone who’ll love him for him.”

A bit about them: “She is looking for a man that wants to begin
a committed relationship but doesn’t want to settle down; they must be adventurous, fun and spontaneous, and still love to party. Morag is the life and soul of every party. She learned that from “the best”, her dad, with whom who she spent an unconventional upbringing between Essex and Ibiza.”

A bit about them: “Ant is the centre of attention in every room he walks into. This social butterfly knows he is good looking, and he gets away with it. The perfect person for Ant would be someone who is a funny, bubbly, ambitious person and up for exploring and adventure.”

A bit about them: “Megan is a constant entertainer and loves
to sing, dance, and share her ‘good energy’ with everyone she meets. It’s important that her partner is kind and polite and she would love them to be creative, ambitious and confident. Humour is top of Megan’s list, it’s essential that he makes her laugh and can make other people laugh too; she wants him to be able to walk into a room and light it up!”

A bit about them: “This old school military man is a strong, dominant leader who tells people exactly what he thinks. Having fought for his country for 15 years and lived as an expat for 15 years in Dubai, Franky wants to find his soulmate who’ll be happy to join him overseas in Dubai He desperately wants to find someone who shares his morals and his beliefs.”

A bit about them: “This gentle northern soul constantly gives a lot of himself to others, but admits he got lost in that and is now highly conscious that at his age he’s running out of time to have kids and settle down. Matt would like someone who wants the same things and somebody to grow old with.”

A bit about them: “The perfect guy for Marilyse would be a man who is strong-minded and strong-willed. She is looking for her best friend and soul mate. She wants to find her teammate in life who she can conquer the world with! They’ve just got to get her two sons’ approval first, who are keen for their mum to be with someone, but they have a lot of thoughts on who that should be.”

Married At First Sight UK 2021 When Does It Start

Married At First Sight UK will air its first episode of the new series on Monday, August 30 at 9pm on E4 and there will be a grand total of 21 episodes in this jam-packed season, with each spanning 90-minutes.

‘Before these strangers walk down the aisle, they get to celebrate their final night of freedom together at the ultimate stag and hen parties – where a surprise is in store,’ teases the synopsis.

Viewers will follow eight couples as they meet for the very first as they make a lifelong commitment to one another at a glamorous ceremony, overseen by a wedding celebrant, that includes guests, bridal gowns, dancing, speeches and cake.