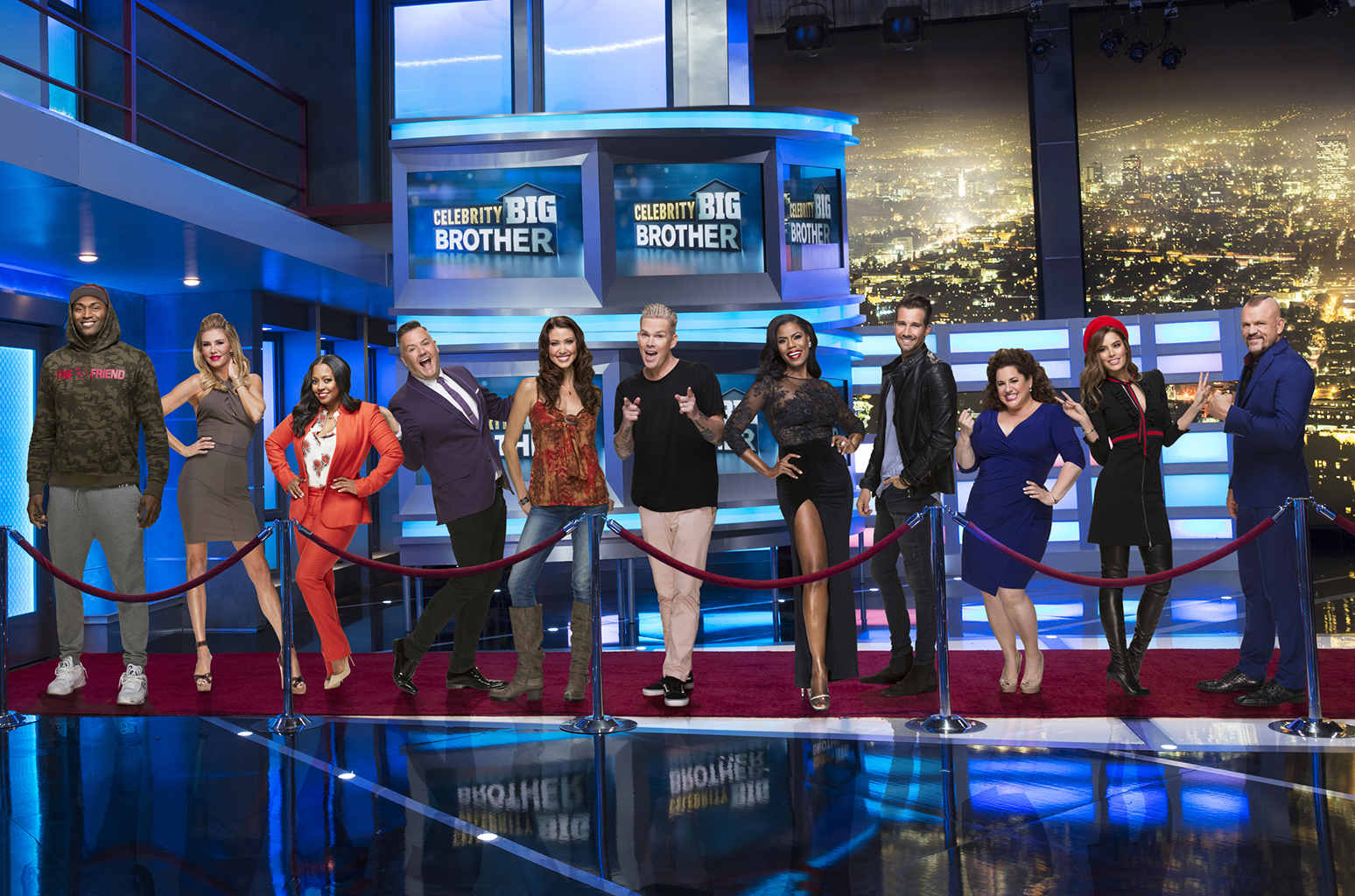 The first season of the show aired in the winter of 2017-18 on CBS reality and proved to be a success following the twists and challenges in the house just like its parent show – Big Brother USA.

The house was filled with celebrities of different professions as they battled for the ultimate cash prize of $250,000 which was awarded to the winner Marissa Jaret Winoku on the live finale while the runner-up Ross Matthew received $50,000 and was voted America’s favorite HouseGuest with $25,000.

A retired mixed martial artist and UFC Hall of Famer who is known for bringing MMA to American sports. Chuck entered the house with such strong character and took time before finding comfort to bond with other housemates which in some way contributed to his early eviction as he was the first houseguest evicted from the celebrity big brother house.

“Being in the house would be extremely difficult for me because by nature I’m not a schemer. This game would force me to get uncomfortable and I would have to lie, create fake alliances and deceive people”.

Kesha is a professional actress who started acting at a young age and is one of the youngest persons to be nominated for an Emmy at the age of 6. She appeared in the Cosby show (1984-1992) and Tyler perry’s House of Payne (2007-present).

She was the first HOH of the Celebrity Big Brother USA and was a strong houseguest during her stay in the house. However, due to personal reasons, she asked to be evicted and was unanimously voted out the second week.

“Being an actor and in entertainment,  you encounter many people that are pretending. I feel as a result it would help me identify authority or lack of it in my houseguests”.

She is a model, an actress who poses as a sex symbol and a poker player. Shannon is best known for her roles in American Pie, Scary Movie and Love actually. She was a power player early on in the game which made her alliance see her as a threat and targeted her. She was nominated for eviction and became the third houseguest to exit the big brother’s house.

She once said; “I feel like I’ve had many different opportunities that have helped me prepare for the house, especially as an actress”. I have seen every single season of Big Brother at least once, if not twice. I will have to pull from all the best players and make it my own.

Some might say her experience from watching past seasons of big brother led to her early rise and fall in the house.

He was a professional basketball player who played for LA leaders at the prime of his career and went on to become a basketball coach later on. He was previously known as Ronald Williams Artest before changing his name in 2011.

He described himself as ambitious, driven and competitive. He said he focused on and implemented Phil Jackson’s teaching method while in the house.

She is a model, author, designer and television personnel, she appeared in The Real Housewives of Beverly Hills, The Real Housewives ultimate girls trip and even Celebrity Big Brother UK. Brandi was a very fearless houseguest as she was never afraid to voice out or say things she was feeling which obviously made her a target.

She has a good relationship with Ross Matthew and Ariadna Gutierrez while in the house and kept a strong reputation. She was targeted by the HOH in week 3 due to her rivalry with his ally James, who put her up for eviction doing double eviction week which she later had to leave the big brother’s house.

“I want to see if I can test myself, to try and control the temper I have a reputation for”. Which she delivers she did but was still picked on by other houseguests because of her strong character.

The actor/musician is best known for playing James Diamond in nickelodeon’s Big Time Rush. At the Celebrity Big Brother house, James was a big target and tried to form favorable partnerships to save himself which lasted him for a while. He escaped being evicted in the first and fifth eviction show, and even the first double eviction thanks to his ally then who was HOH. He was later evicted in a 2-1 vote against him the following week.

He said his strategy was to pick the strongest players and team up with them. Which explains his forming of allies when he needed to.

Omarosa Onee Manigault Newman popularly known as Omarosa is a writer, TV show personality and was once the political aide of the former US president Donald trump. She found the first few weeks in the house a bit tough as she was targeted a lot and put up for eviction multiple times because she was television’s biggest villain. She later gained balance and was able to manipulate her fellow houseguests into voting out her rivals.

Omarosa mostly talked about her time in the white house and her relationship with Donald trump during her time in the house. She failed to win the veto in the final 5 and unanimously voted out 2-0 fishing 5th in the first season of Celebrity Big Brother USA.

She was the first houseguest to win the Head Of House twice in Celebrity Big Brother USA.

Mark McGrath is the lead vocalist of the rock band Sugar Ray. He also hosted don’t forget the lyrics(2010) and co-hosted Extra. He had a floating gameplay staying under the radar. He formed a good bond with all houseguests which helped him stay long in the game. He was the third runner up in this first season and the 9th and final member of the jury.

“Since this is a truncated, expedited version of the game, playing the wall might not be the best strategy. Hearts are gonna be broken early and there’s nowhere to hide. So I figure you might as well come in hot”.

The 28 years old Colombia model was crowned Miss Colombia in 2014, and even went on to be the first runner up in Miss Universe 2015 although she was mistakenly announced winner by host Steve Harvey.

“No strategy, just be myself, enjoy every day I’m in the house, and treat the rest of the houseguests with the same respect I want to be treated with”.

Ross the Intern, as he was known on the TV show The Tonight Show with Jay Leno where he worked as an intern and correspondent.

One of the most competitive houseguests taking out big players and winning a lot of competitions, Ross was an aggressive player who formed several relationships and double-crossed many houseguests. His closest ally at the time Marissa won the final HOH and brought him to the finals but lost to her even though he was still voted America’s Favorite Houseguest.

“Run the show from behind the scenes, be a BFF to everybody and let them underestimate me”.

The 48-year-old Broadway actress is known for her Tony-winning performance as Tracy Turnblad in the Broadway musical Hairspray and she also acted in Stacked.

She emerged the winner of the first season of Celebrity Big Brother USA after winning the final HOH. She took her closest ally Ross to the final although she never thought she’d win, but no thanks to his deceitful nature they voter her over him in a 6-3 vote in her favor. She was friendly with everyone in the house and almost never deceived which helped her secure the votes she needed to win the game.

“I’m not going to play a social game. I’m going to try not to annoy Houseguests and talk too much. I’m also going to try to team up with some athletic house guests who can win physical challenges”. Thankfully this helped her secure the win.