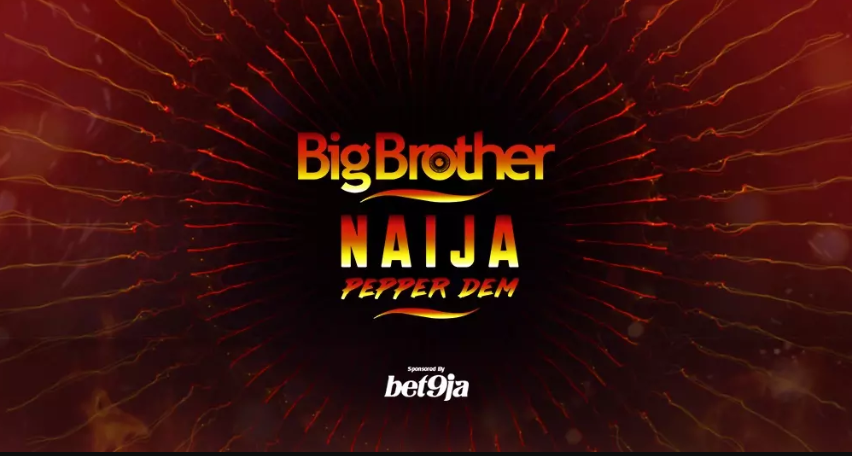 The theme for this years edition is “Pepper dem” and will consist of 21 housemates which will consist of 10 men and 11 women including 1 celebrity housemate) battling it out for the grand prize of N30million plus other incentives worth N30million.

Full Name: Saidat “Avala” Balogun
Short Bio: 30 years old, A native of Ogun State, has a daughter, a Musician and studied music &business at York College in Queens, New York. She believes her life is not in danger and loves music & dancing.

Full Name: Diane Yashim
Short Bio: Age 23, from Kaduna state. A graduate of the University of Debrecen in Hungary. She loves cooking and listening to music. She’s single and available. Diane is ready for everything. She’s a Model and aspiring cook

Fullname: Esther Olaoluwa Agunbiade
Short Bio: Age 22, from Lagos State. A lawyer called to bar at Age 21.
She’s also very athletic and loves to show off her figure. She’s nervous and super excited to be in the game. She’s in for the fun, money, and experience. She loves food, she’s very sarcastic and she puts herself first.

Fullname: Chemeka Frodd Okoye
Short Bio: Age 28, Frodd from Anambra State is an Investment Adviser and Sales Executive. He says nothing can make him quit Big Brother and even if he had a million dollars, he would still  participate in the game because “the experience can never be bought.”
He also described himself as “odd, a bit complicated and a 9-5 guy who is not an entertainer.”

Fullname: Ekpata Gedoni
Short Bio: Gedoni is a 31years old fashion designer from Cross River who likes to keep it simple with a dash of sophistication.
He enjoys basketball, soccer, taking walks and cleaning the house!. He’s Single and ready to mingle

Fullname: Steve Ikechukwu Onyema
Short Bio: Ike, 26-year-old is from Imo State but not a resident of Nigeria. He said he’s ready to mingle and also give viewers a show, drama and romance. He is also a model and asked that viewers expect a lot of attitude from him.

Fullname: Isilomo Braimoh
Short Bio: Isilomo, Age 27, from Edo state based in Lagos said she is very adventurous, single and ready to receive applications. An HR manager at 27, Isilomo has an MA in Human Resource Management with professional certification

Fullname: Jackye
Short Bio: Jackye, 23, from Anambra state. She will go with the flow and aim of the money. She loves listening to music. She’s in a relationship. Her life mantra is, “I never lose, either I win or I learn.”

Fullname: Khafi
Short Bio: Khafi Kareem , 29, She’s from Ekiti state but lives in London.
She said she will love to be the first female to win the Big Brother Naija show
The interesting thing about her is that she is a police officer in London.

Fullname: Kimoprah
Short Bio: Kimoprah is 23 years old from Imo state. The first thing she said she’ll do is to observe her environment.
She loves dancing and traveling. She’s also single and ready to mingle. There is nothing that would make her quit the Big Brother House because she is not a quitter.

Fullname: Mercy Eke
Short Bio: Mercy, Age 26, from Imo state. She is a video vixen who feels great and accomplished; and hopes the guys in the house will match her expectations.
She loves cooking, swimming and traveling. She’s not available but she’s single.
She’s too blunt and sometimes she doesn’t keep secrets.

Fullname: Mike Edwards
Short Bio: Mike, Age 28, from Lagos state. He’s a British champion high jumper,
and later a Nigerian High Jumper champion who will probably go for the Olympics in 2020. He is happily married and has openly declared his love for his wife.

Fullname: Nelson Allison
Short Bio: Nelson Allison,26, from River State. He’s single and available
He is a masseuse and past Mr. Universe Nigeria. He believes that it’s not over until the fat lady sings.

Fullname: Omashola
Short Bio: Omashola who hails from Delta State but now calls Lagos home.
Model and Entrepreneur Omashola, said he has done the big brother audition once. He has promised to entertain everyone, and he’s in the show for the money.

Fullname: Oluwaseyi “Seyi” Awolowo
Short Bio: Seyi, 30, from Ogun state, popularly known as “The Doctor”. He’s not single. Seyi is the grandson of the great Obafemi Awolowo and he said he’s in the house for the experience.

Fullname: Atteh Daniel Tioluwa
Short Bio: Sir Dee, 28-year-old banker from Kogi state, said he is in the house for the money and experience. He is very excited to be picked. He never told his bosses he’s coming for Big Brother Naija

Fullname: Tacha
Short Bio: Symply Tacha, 23-year-old hails from Rivers State and cannot wait to show the world herself. She has always wanted to be on Big Brother Naija. She hates house chores and added that she loves to make money.

Fullname: Thelma Ibemere
Short Bio: Thelma, 26, from Imo state hails from Imo State and in it for the money and experience. She loves dancing, she’s not single and not married. “I dislike presence and lies,” she said. She promises to be real and spice up the house.

Fullname: Tuoyo
Short Bio: Tuoyo, 24, from Delta state, and he’s in for the money and the girls.
He said he thinks he has every chance of winning the money. He’s a Fitness trainer, part-time stripper and a physiotherapist. He bluntly described himself as a flirt

There you have it, our big brother Naija 2019 housemates. Who’s your favourite? let us know in the comment section below. Don’t forget to share this post.