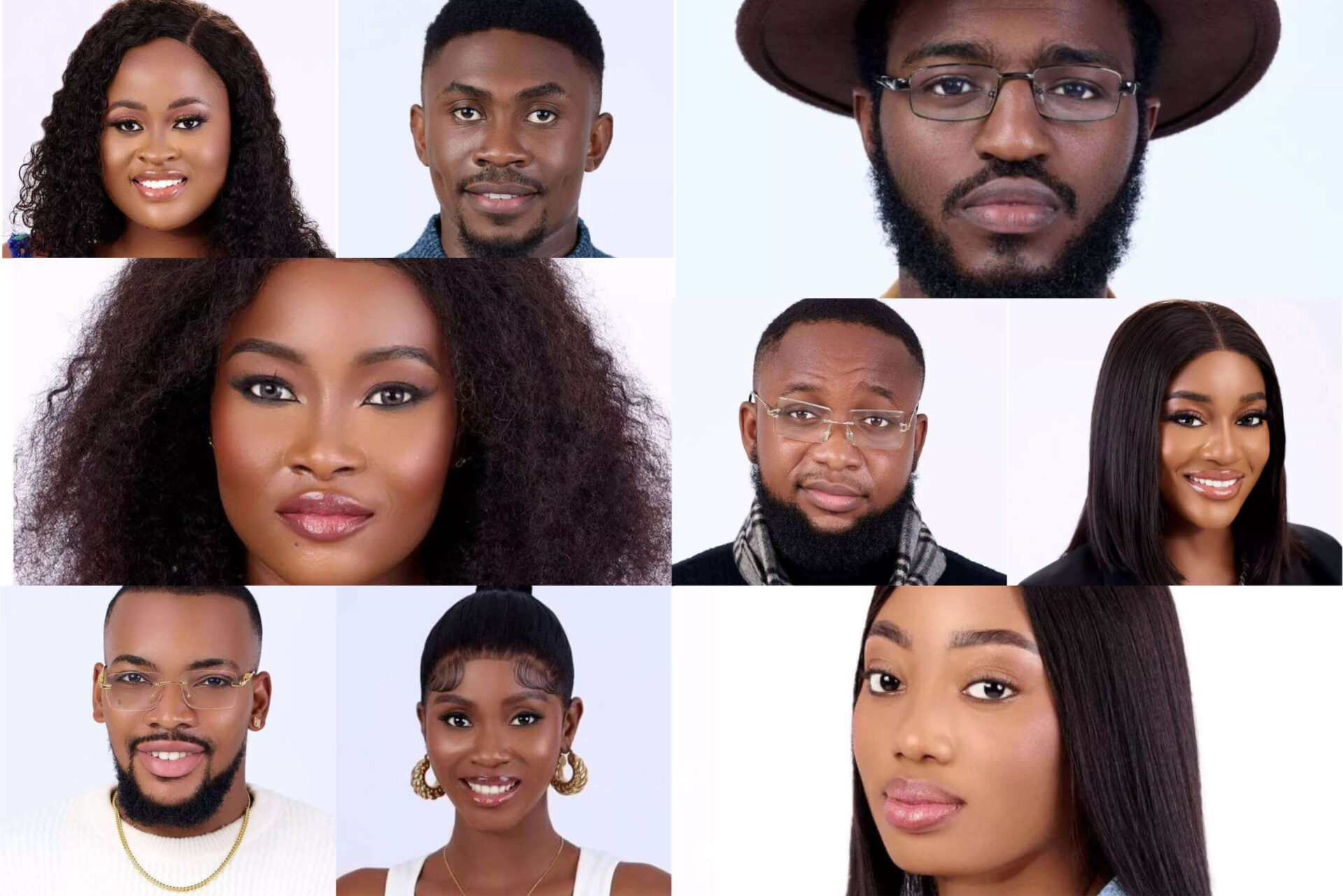 Big Brother Naija Season 7 which kicked off via a double launch premiere on the 23rd and 24th of July with a total of 28 housemates which comprises 2 fake housemates and 2 rider housemates is gradually coming to an end.

With just 19 housemates left in the big brother house, the show is getting more intense with emotion running high amongst the housemates as the quest to determine the housemates that will walk home with the N100 million grand prize gets nearer by the day.

The nine housemates that have left the big brother house so far consist of eight real housemates and one fake house. Below is a complete list of all evicted Big Brother Naija season 7 housemates so far.

Beauty’s disqualification came as a result of her physical altercation with other housemates. She got her first strike after she pulled Ilebaye’s wig, and the second strike came when she threw her wig and glasses at Groovy and attempted to break Groovy’s microphone.

The self-proclaimed shy girl, Christy O, slowly came out of her shell as her journey progressed in the Big Brother Naija House.

She made an impression on Pharmsavi the pharmacist from Day 1, and the two continued to get closer daily. She engaged in a couple of altercations but has maintained her demeanour throughout.

Cyph, The Art lover, movie junkie and music freak Cyph, hails from Imo State and studied
Electrical Engineering at Madonna University. An HoH contender for two weeks running, Cyph has ensured that he is constantly at the top of his game. He has had fun in the kitchen but less fun during exercise, even injuring himself at some point.

Cyph found romance outside his Level and left an excellent impression on Doyin who cannot stop talking about him and having his children.

21-year-old Ilebaye is an entrepreneur and a graduate of criminology and security studies. She showed us what a true Gen-Z is about.

She killed it on the dance floor every Saturday, didn’t get to start drama but was sure to serve it hot, hot if someone tried her. She also got a lot of guys ready to offer her massages.

Khalid, 22-year-old freelance graphic designer and muralist hails from Plateau State and one to be regarded as a strong competitor but it’s unfortunate his journey in the big brother house comes to an end today.

Making moves silently in his corner, Khalid stole Danilla’s heart and they have been tied to each other’s hips ever since. Always keeping his cool, Khalid made it a point to stay away from conflict, especially with the ladies. Should he be Evicted, he notes that he’ll miss Daniella the most.

Kess, a married 28-year-old businessman who enjoys living life to the fullest. Less who hails
from the Yoruba tribe in the western part of the country, describes himself as a “showstopping, jaw-dropping human being” and takes pride in his talents.

Kess aka senior brother, played the part of an elder to his fellow Housemates. His words of wisdom to them in their time of need made him garner the respect of his peers.

Often regarded as the man who always smiles, Pharmsavi won the hearts of his fellow Housemates with his bubbly and often happy nature.

Modella, is a 26-year-old Nigerian content creator and actress describes herself as a lovable, talkative person who does not like ticking people off and reckons her fellow Housemates will love her because she is relatable and brings the correct vibes.

Popularly known for her excellent acting skills and impeccable fashion sense. Fake Housemate, Modella created a bond with many Level Up Housemates.

Amaka, 23-year-old health care worker who hails from Anambra State, the eastern part of
Nigeria describes herself as being between a spoilt brat and a disciplined child.

Which housemate do you think will be evicted next? Drop a comment below