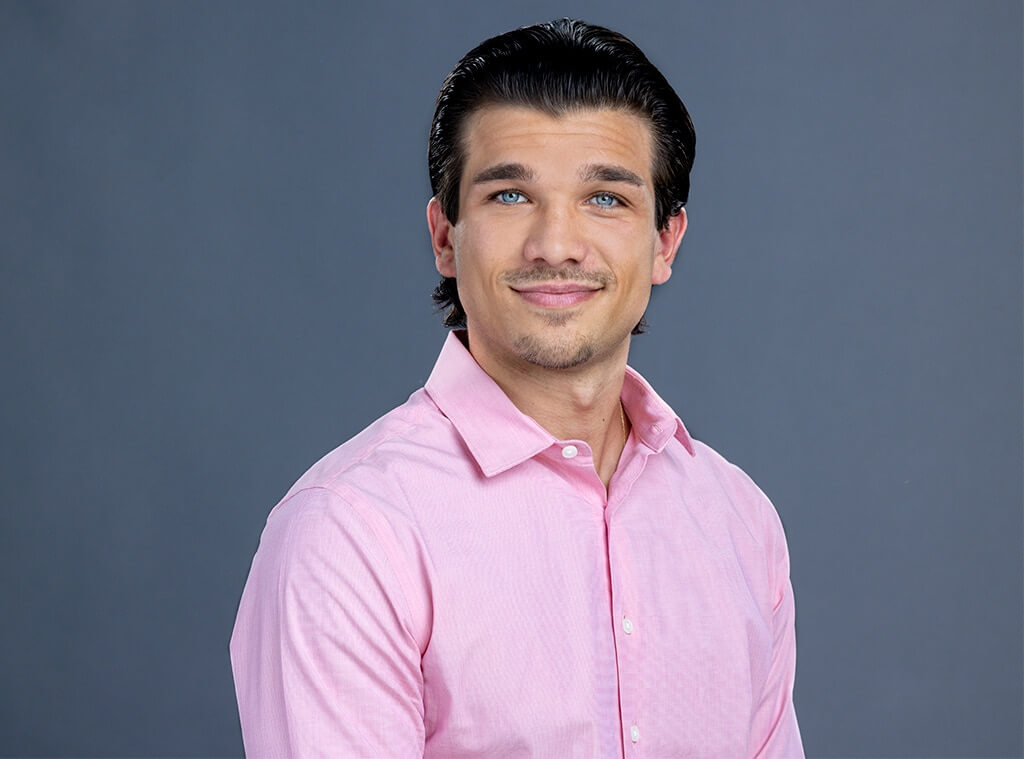 0
SHARES
ShareTweet
Pinterest
Contents show
1 Meet Joe Pooch Pucciarelli Big Brother Big Brother 24 Houseguest
1.1 What’s the best advice you received before coming out to play?
1.2 What do you think people will perceive you as?
1.3 What types of players would you least want in your alliance?
1.4 What’s something the other houseguests may dislike about you?
1.5 On eviction night, would you rather flip the votes against the house to help your individual game, or go with the house to help your overall alliance?

As Big Brother 24 cast has been revealed, let’s get to know more about Joe Pooch Pucciarelli, a 24-year-old assistant football coach from Staten Island, New York City who will be competing with fifteen other houseguests for the $750,000 grand prize this summer.

Pooch is a big fan of the show and watch previous seasons together with his mom. The 24-year-old houseguest was born in Staten Island, New York City on July 1, 1998. His zodiac sign is Cancer.

Though from Staten Island, N.Y., Pooch resides in Boca Raton. The Florida Atlantic University football website states that he has been with the team since 2018 and was elevated to a defensive graduate assistant in August 2020.

On his educational background, Pooch is getting ready to finish his Master of Business Administration degree with sports management being his second degree.

Show that you’re a trustworthy person. Show that you’re a caring, real person. Don’t be somebody you’re not. And I think just be Pooch! It’s that simple. It sounds easy. It sounds kind of cliche. But just being myself, I think, will get me far enough in this game. And that’s some advice I got from my family before going into the house.

Once they hear I’m from Staten Island, and they see the gel in their hair and see,I’m Italian, I think I’ll probably get perceived like I have a lot of my life. That guido cliche. But I think people will see right away that’s really not me, especially living down in Florida and coaching football for the last four or five years.

I’ve actually been around more southerners, especially around college football, more than I have been around Italian Staten Islanders. But I’ll play into the whole guido persona. If that’s what they want that makes them laugh, I could do that. I think at the end of the day, they’ll see me for who I actually am.

Anybody who’s watched Big Brother knows that you do not want in your alliance having somebody that can explode at any second. It could just put your game at risk. I’m more of a chill lackadaisical guy.

If somebody like gets in my face, I’m very chill about it, almost in a joking matter. I try and make them figure out why are they freaking out. Relaxed, more chill people stay level-headed. I want to work with level-headed people.

You don’t want somebody that people like being around to keep in the game. So I think my likability, my being very personable will help me early on. But I think later on in the game that might hurt me.

I think I would flip the votes to help my personal game. I’m here for me. I am here for my family. I’m here to win that money. And everybody knows flipping the votes makes things a little bit more exciting. I’m here to entertain America as well.

Watching and being a fan of the show for such a long time, I don’t want to be a floater, somebody that goes with the flow. I want to break up the house a little bit. I want to switch powers, obviously unless I’m in power. (Laughs.) But I definitely want to make this an exciting season for the fans and for myself. So that’s something I will absolutely do.