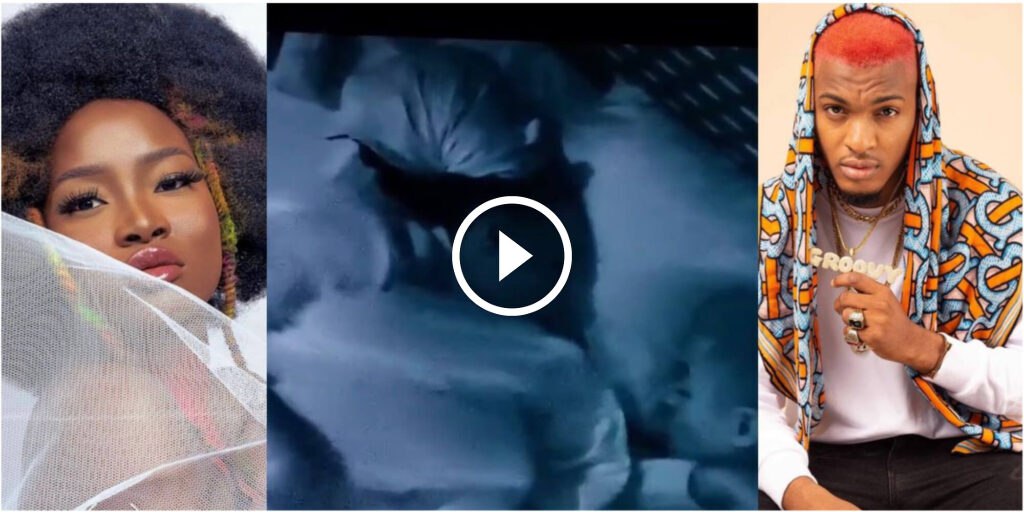 Big Brother Naija season 7 housemate, Ilebaye sneaked into Groovy’s bed last night in what looked like they were going to have an aggressive cuddle.

Recall that Groovy love interest – Beauty was disqualified on Sunday and he has since become the guy every other lady in level 2 has an eye for as Amaka, Phyna and Ilebaye have all made their move.

On Monday night after Beauty’s disqualification, Phyna and Amaka were spotted talking to him and they both told him they have feelings for him.

Phyna said she from the first day they entered the house she has been nurturing feelings for him and Bryann. Amaka on the other hand said she also likes him but Beauty took hold of him from the very first day and so she could not come in between them.

In a recent viral video, Illebaye was furiously pushing herself towards groovy on his bed which has sparked a lot of mixed reactions online.