Big Brother Naija Reality Tv Star, Alexandra Asogwa also known Alex Unusual, who recently said she would desire to be a fully married woman before having babies have fallen pregnant.

Well, the Double Wahala’ housemate, was only mimicking singer Simi who recently showed off her baby bump in another cute video.

“I usually say “keep it to yourself” but I’ll just share this news because everyone is asleep 💃🏽💃🏽. I think I fell pregnant. Let me sleep over it and be sure. #dudukechallange. Song – duduke by @symplysimi,”

In an earlier interview with Punch Newspaper, when asked if she would consider having a baby outside of wedlock, she said:

“I hope to get married and have kids. However, I don’t judge baby mamas because many of them didn’t plan for things to be that way. Most of the kids were born out of love. They were, most likely, in love with whichever guy got them pregnant but maybe, things didn’t later work out. I feel we are supposed to give them the respect that they deserve because they have children.”

I usually say “keep it to yourself” but I’ll just share this news because everyone is asleep 💃🏽💃🏽. I think I fell pregnant. Let me sleep over it and be sure. #dudukechallenge Song – duduke by @symplysimi Sweater @_trendystitches_ Slides, bullied from @ikogbonna (Ikog bona) 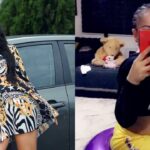 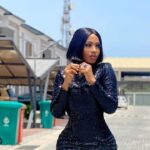